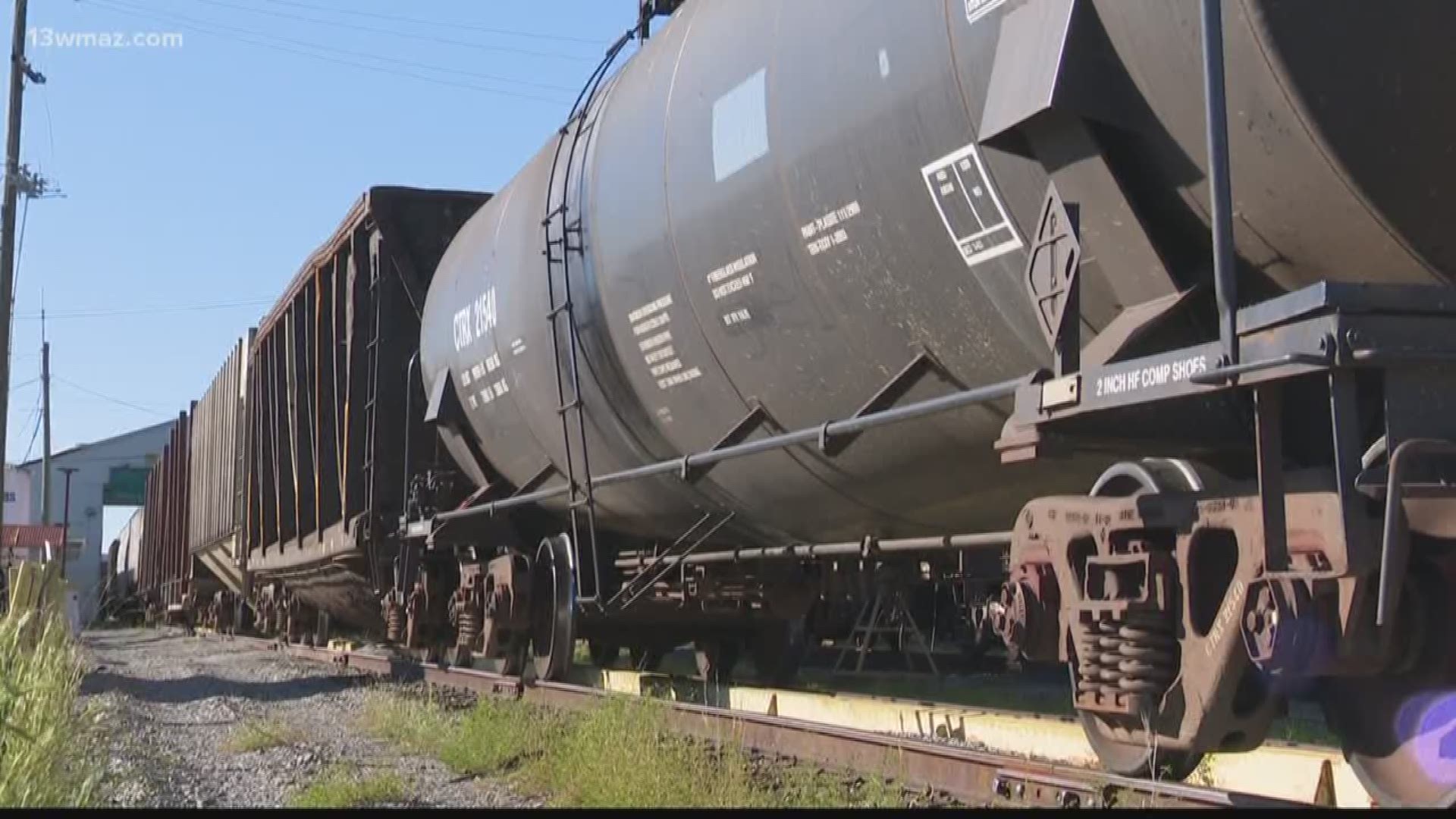 MACON, Ga. — We're taking a closer look at train accidents, like the one that closed down those Houston County roads for the past two days.

They're more common than you think.

Records online from the Federal Railroad Administration show that they investigated more than 130 accidents in Georgia since the start of 2018 -- that's about one every four days.

13WMAZ has covered some big ones in Central Georgia during that time frame, and here's what the records show about the causes.

First up is the wreck last November that evacuated the city of Byromville in Dooly County.

The accident report says a 140-car CSX railroad train hit a stretch of broken rail, and more than 30 cars derailed.

No one was injured, but the wreck caused more than $1.7 million in damage to the train and the rails. That was the worst wreck in the state of Georgia last year.

The federal report says that happened when mud on a curve in the track lifted the train off the track. That wreck caused nearly $500,000 in damages.

But the top spot for train wrecks in the state is in Bibb County at the Norfolk Southern Yard near downtown Macon.

They've had 10 accidents at the yard since the start of 2018, usually involving slow-moving trains.

No one was injured in any of those Norfolk Southern wrecks, but one accident in April caused nearly $500,000 in damages and caused seven cars to derail.
The federal report blamed that on human error.

The railroad administration says human error is the biggest factor in those 130-plus accidents, causing about one out three wrecks.

The second biggest factor is track conditions, causing about one out of five.

Statewide, train wrecks have killed six people and injured 26 since the start of 2018.