If the show's pilot is successful, crews may be back to film an entire season in Macon 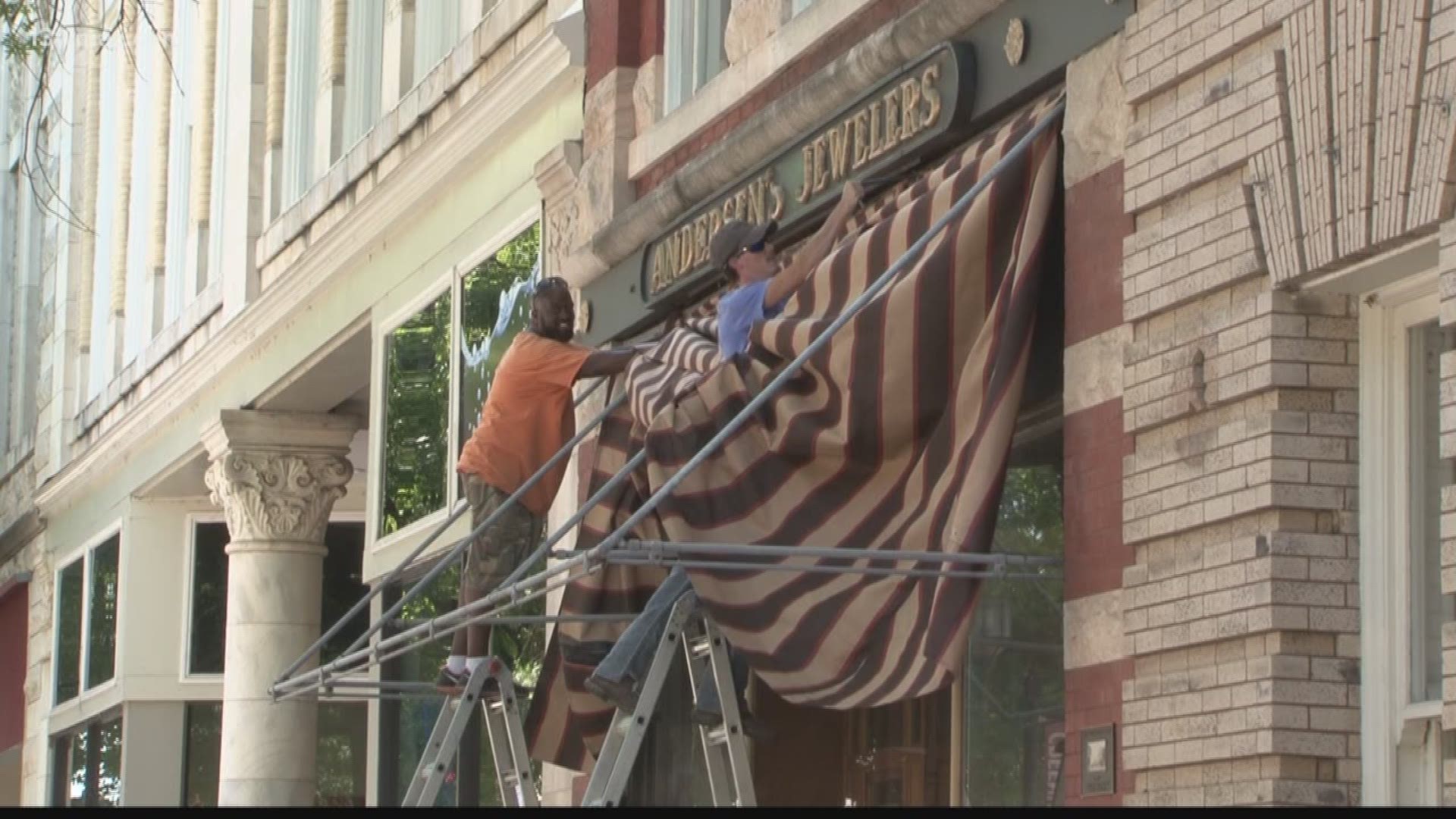 Over the years, Macon has been home to some pretty big productions for Hollywood, from ‘The Fifth Wave’ to ‘I, Tonya.’

Crews have spent the last few days in downtown Macon transforming storefronts to look like those of 1920s Brooklyn.

Life working at Fatty’s Pizza on Second Street is usually normal, but Idaleen Scoggins says the next few days are going to be different.

“Some stores, like a barbershop, are now a tooth whitening shop,” said Scoggins. “I think that’s so cool how they’re changing it up for what they want.”

The people changing it up are part of a production crew filming a pilot episode for a HBO show.

Priscilla Esser with the Macon Film Commission says its being filmed under the name ‘Brooklyn,’ but some entertainment sites are reporting it’s based on the DC Comics ‘Watchmen’ series.

The production company’s goal is to transform Macon into a town named Greenwood. To do that, they’ve changed storefronts and added a few New York touches, including a pay phone.

Esser says Macon is the perfect fit for their project.

“We have such a rich architectural history here that it can lend itself to be just about anything, so being in the parameter and so close to everything going on in Atlanta was highly attractive for them,” said Esser.

She says if the pilot is successful, crews could be back for more to shoot a full season.

“Fingers crossed that happens because we’ve seen it with Vampire Diaries and Walking Dead. If we landed something like that, it sure would be fantastic,” said Esser.

Scoggins says she’s just happy to get a front row view to all the action.

“I’m just hoping I get to see one of the actors because I think that would be cool to brag about,” said Scoggins.

Filming is expected to continue Tuesday and Wednesday, and that will force some roads to close, including Second and Fifth Streets.