'We do this together, as a community': Maconites find release in yoga during the pandemic

One yoga instructor is providing a way for people to burn up anything that weighs them down, literally. 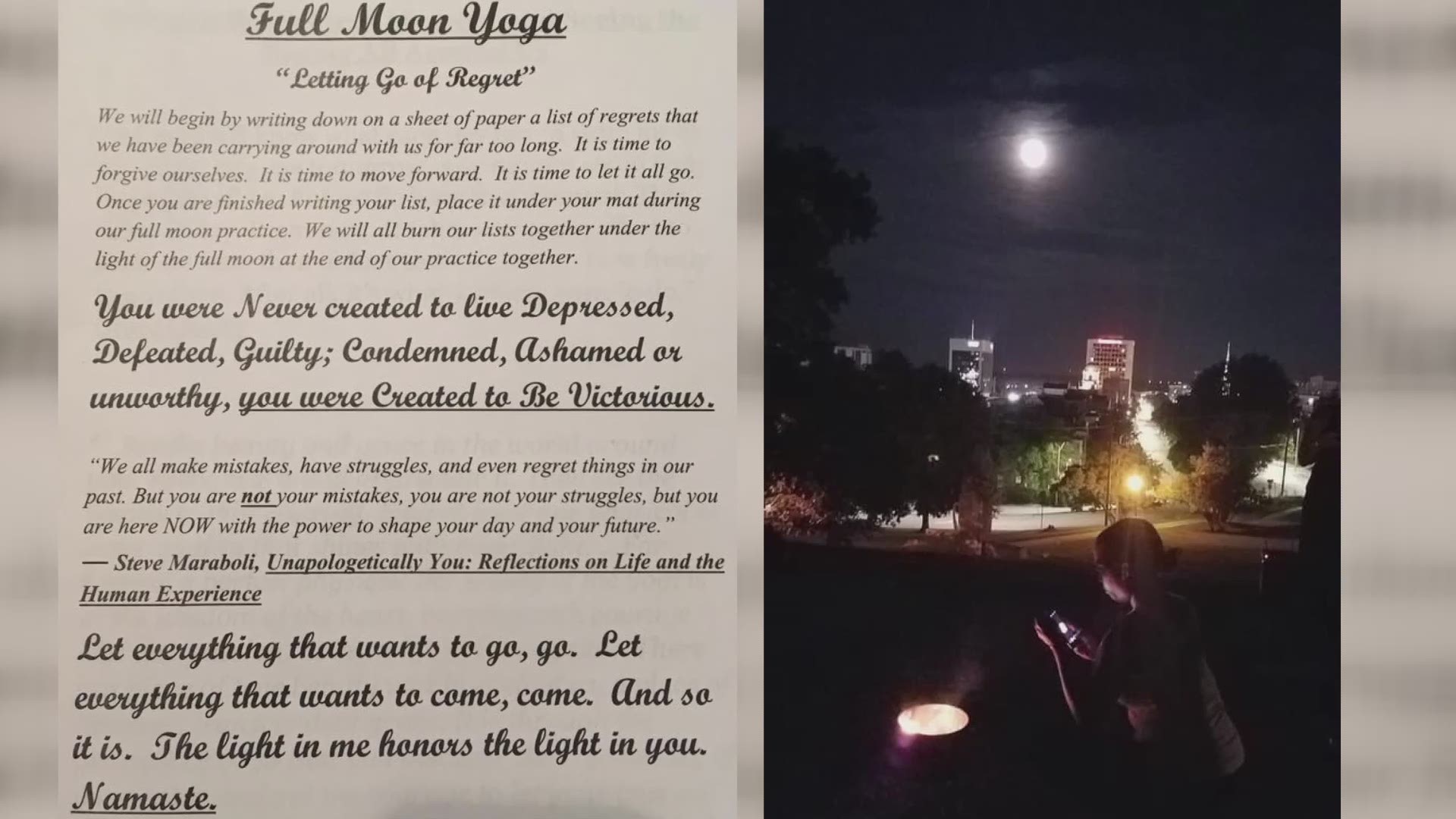 MACON, Ga. — Yoga, moonlight, and fire. What do those three things have in common?

Well, all three are involved in a full moon yoga release ceremony held each month by Star Stuff Yoga & More.

The ceremony starts with a quick recording session. Each person in the class will record positive affirmations for themselves using their cellphones.

Then, everyone writes a list. The "let it go" list contains stresses, anxieties or anything that needs to be released.

"It's just very therapeutic and cathartic for people and we do this together as a community. It's just a really powerful event and usually by the time the yoga is over and we're burning our lists, the moon is up," she said.

Starting in 2017, Valentine began providing this class each month from March to October. Because of the pandemic, she didn't start until August this year.

Valentine says the "community" aspect of yoga is what makes it so special. Ever since she has been able to hold yoga sessions again, she says she has noticed the difference.

"As a society we took a lot of things for granted," she said. "What I've seen a lot of  -- now that we've been able to practice again -- is this really huge amount of appreciation."

Returning members and new people looking for an experience can join the class each month to practice "freeing and clearing the mind."

Valentine says people walk away "glowing" because they are able to get things off their chest. Anyone is welcome.

She says yoga studios can be "intimidating," so she wanted a way for people to try something new in an open environment.

"We do this together, as a community," she said.

The next Full Moon Yoga Release Ceremony is September 1 at 7:15 p.m. at Coleman Hill Park in Macon. You can RSVP on this Facebook page.

Valentine also offers sunset yoga every Tuesday and Thursday at Washington Park. You can find out more information on the website.