Everyone got out safely, but one Monroe County firefighter on the scene had to be taken to the hospital by ambulance. 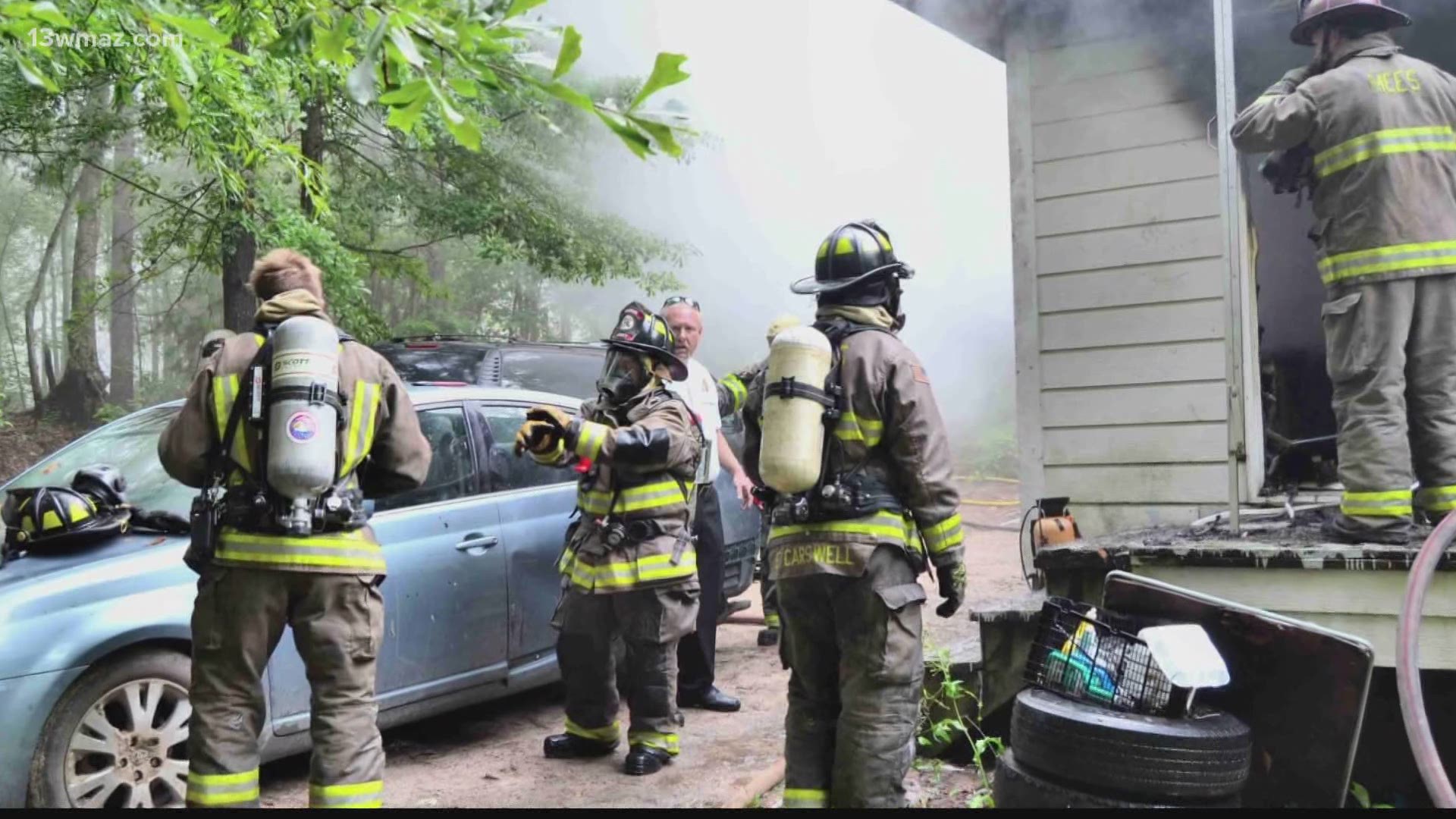 Crews responded to the single-story, ranch-style home and saw flames coming from its right side. That's when 17 firefighters and full-time and volunteers worked to put out the blaze.

There were eight people inside when the house caught on fire -- including Willie and Tena Hudson and their six children, ranging in ages 6 to 22-years-old.

Everyone got out safely, but one Monroe County firefighter on the scene suffered from heat exhaustion and extreme dehydration and had to be taken to the Monroe County Hospital by ambulance. Monroe Emergency Services says the firefighter is going to be okay.

The post says Tena said her smoke alarm alerted her and her family, and she believes the fire started from her refrigerator.

Willie and their youngest son were able to escape through Tena's bedroom window because the door to that room was closed.

Tena's mother, Jeanette Mosley, owns the 1,500 square foot home and wasn't there when the fire happened. Tena says she and her family have lived in the house since it was built in 2004, according to Monroe Emergency Services.

The regional chapter of the American Red Cross is helping the Hudsons while they're displaced. The Facebook post says Monroe Emergency Services will let people know how they can help soon.