Developers say they are in the final process of securing a major brand hotel to be built on Poplar Street. 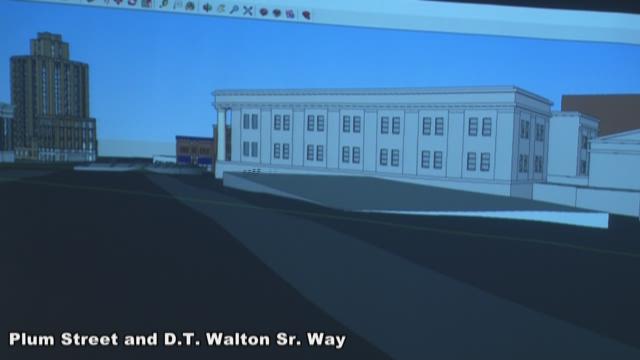 Developers say they are in the final process of securing a major brand hotel to be built on Poplar Street.

This comes after the Bibb commission approved the Urban Development Authority to take out bonds to build two parking decks downtown.

Our Mary Grace Shaw met with the developers and took a tour of the future project.

Parking, living, office and retail space are all coming to Poplar Street and DT Walton Senior Way as a part of a $60 million development called Central City Commons.

In the last two months, Heath says they have secured a major brand hotel to be built.

“Walking up the hill on Poplar, you would see a large six-story hotel on the left hand side,” said Heath.

The 120-room hotel will have a bar and meeting space, but just up the street Heath says they are also planning several renovations to the old Newman building.

“Take it back to its original purpose -- which was a social club and entertainment venue,” said Heath.

Heath and his partner Tim Thornton say they are using the structure of the historic building to put in a restaurant on the first floor, office space on the second floor, and ballrooms on the third floor.

The developers say in a few years, they are planning to build a boutique hotel behind the Newman building, but they say this could all be the start of bringing back the west side of downtown.

“This is going to change pretty much everything,” said Heath.

Below is a virtual tour of what the development should look like: