To make sure our first responders are prepared for any type of emergency, the Middle Georgia Regional Airport held a disaster training session. 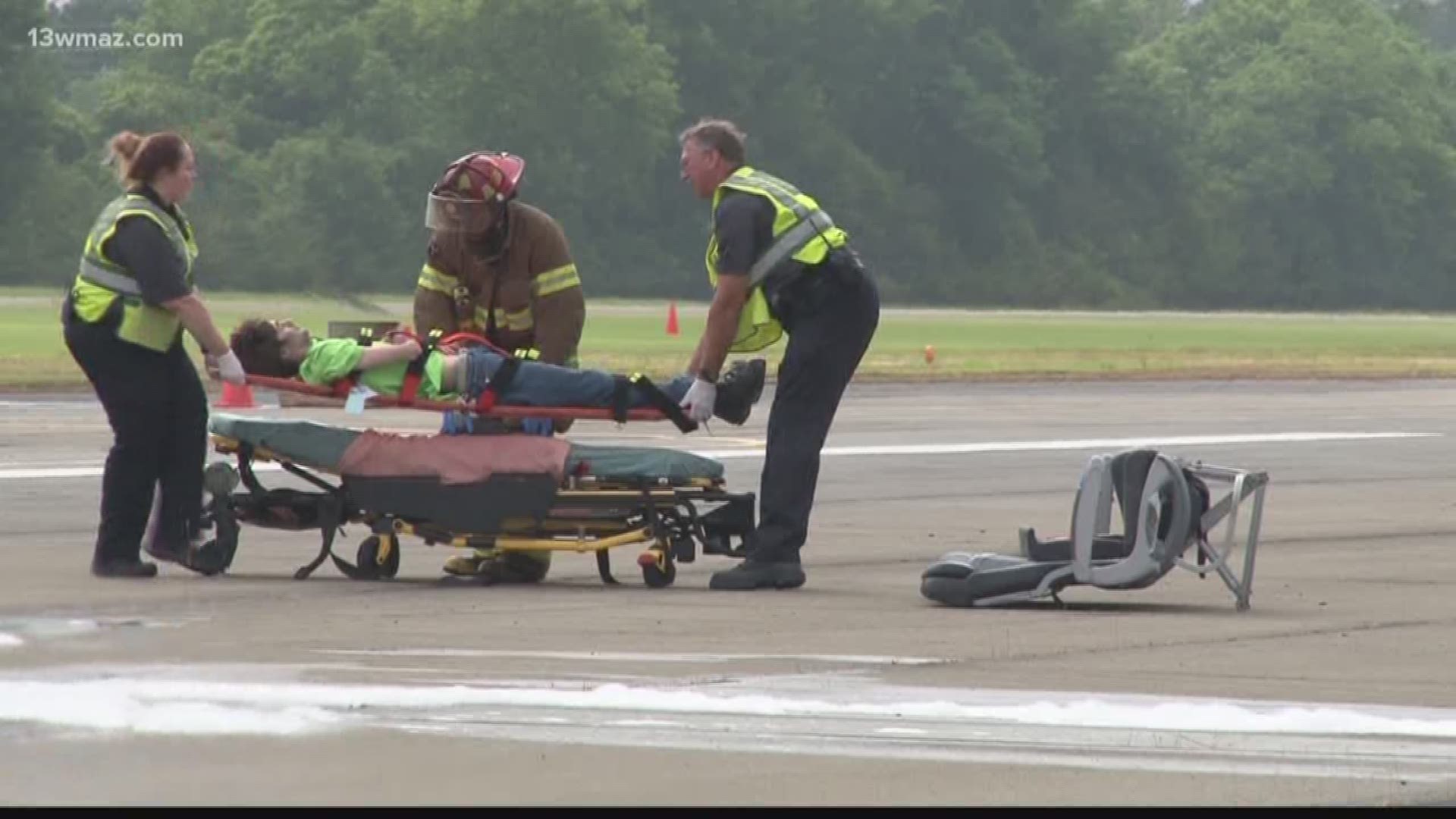 So far in 2018, we've witnessed a couple of emergency situations at airports in Georgia. In April, a commercial plane made an emergency landing in Atlanta. Earlier this month, several people were killed during in a C-130 plane crash in Savannah. To make sure our first responders are prepared for this type of emergency, the Middle Georgia Regional Airport held a disaster training session.

The chaos and injuries are not real, but they could be. This is a training session for first responders. Multiple agencies practiced how to respond to an emergency situation like a plane crash. “The FAA requires that we do this once every three years,” said Blake Roy, Assistant Manager with the Middle Georgia Regional Airport. “This could happen anywhere at anytime of the day. It's a real life situation.”

In this dramatic exercise, first responders closed off the scene, helped the wounded, and transported dozens to local hospitals. “One thing we saw in 2015 was that it took the first ambulance 20 to 30 minutes to get here. This year, the first one was here in 12 minutes, so we're improving,” said Roy.

More than 60 actors and volunteers covered in makeup say even though the scene was fake, it felt real. “I thought we were just going to come out here and I didn't think it would be as surreal as it was, but they did a really good job reenacting this,” said volunteer Billy Riezinger. “I learned that it's really nerve-wracking and that their jobs really take some guts to actually come out and do what they do. I got nervous every time they ran by me,” said volunteer Shane O’Leary.

Roy says it took about 6 months to plan this disaster training scenario.