County commissioners hope to have it back on by the end of the summer. 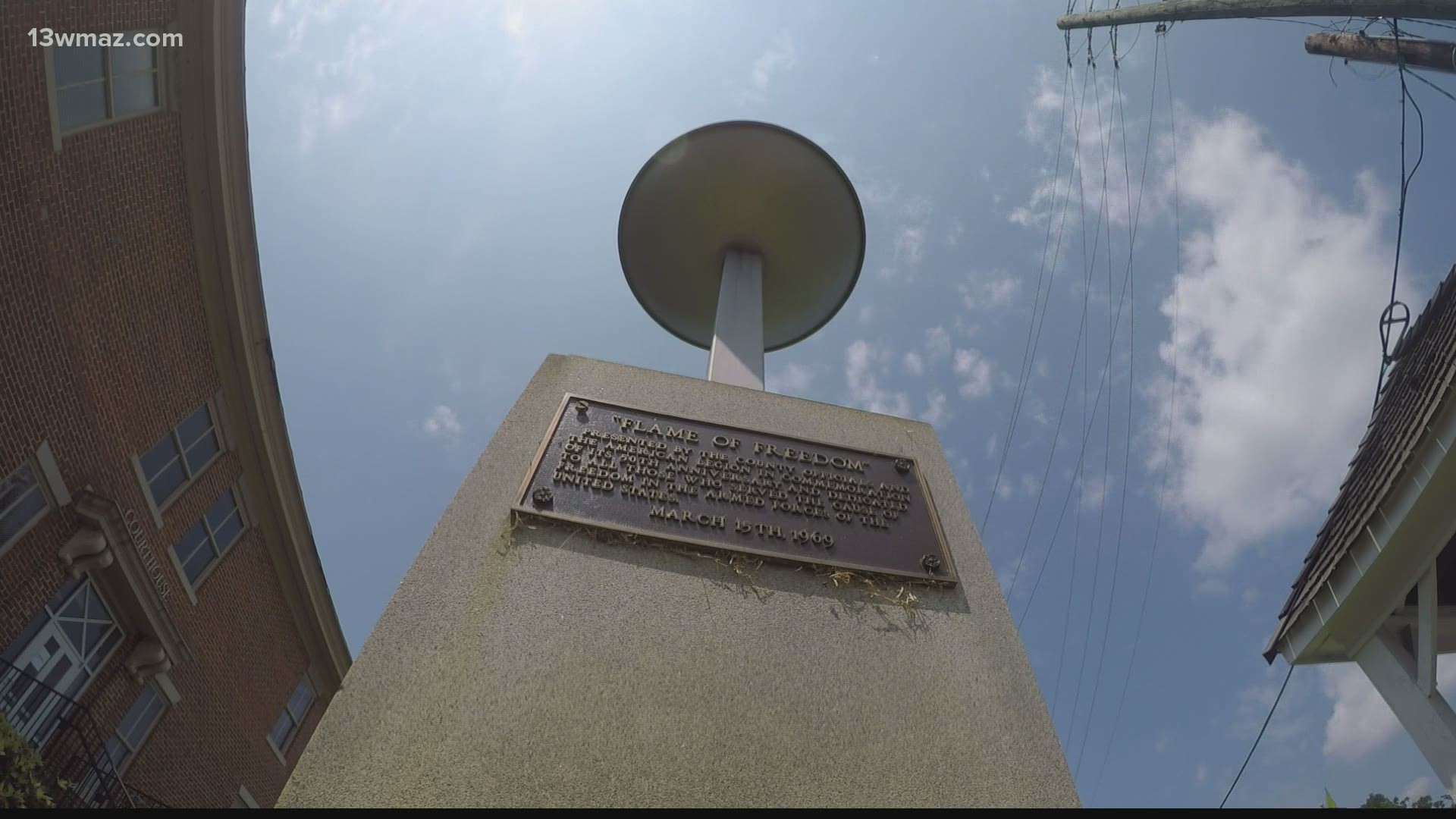 IRWINTON, Ga. — In the center of Irwinton in Wilkinson County, there's a cauldron with a flame in the middle that's meant to honor America's veterans, but the flame has gone out, and some people in town are wondering why it hasn't been fixed.

The American Legion dedicated the Flame of Freedom back in 1969 to honor veterans.

County officials aren't sure why the flame died out but it may be a gas line problem.

Donna Asbell owns one of the businesses in town, the Blue Goose.

"April was the first trip to the commissioner's office to discuss the repair of the flame," she recalled.

The Blue Goose is a hostel where folks can spend the night. They've also got a bakery, but Donna doesn't sugarcoat words about one of Irwinton's most famous features.

"This is not a complicated thing, this is low-hanging fruit. Let's get it done, let's show that we can maintain the things we have," she reasoned.

John Williams is a former Marine who's also served as a county commissioner for 34 years.

"This is God's country, this is where I want to die -- this is my home," he said with a proud grin.

Williams says the county commission could either replace the flame or repair it, and he figures it's not a money problem.

He says it's more that it's hard to find parts or even a brand new statue.

"Even if it's not in the budget, we can always find some money -- $5- or $6,000 -- because it's just important to us as veterans that little old Wilkinson County can recognize us as veterans, he said.

Right now, it's a cauldron of concrete, waiting for the fire to blaze again.

Williams says that should happen by the end of the summer.