The Floyd County Police officer pulled the teen out alive with the help of a Good Samaritan after police say a wrong-way driver caused a fiery head-on collision. 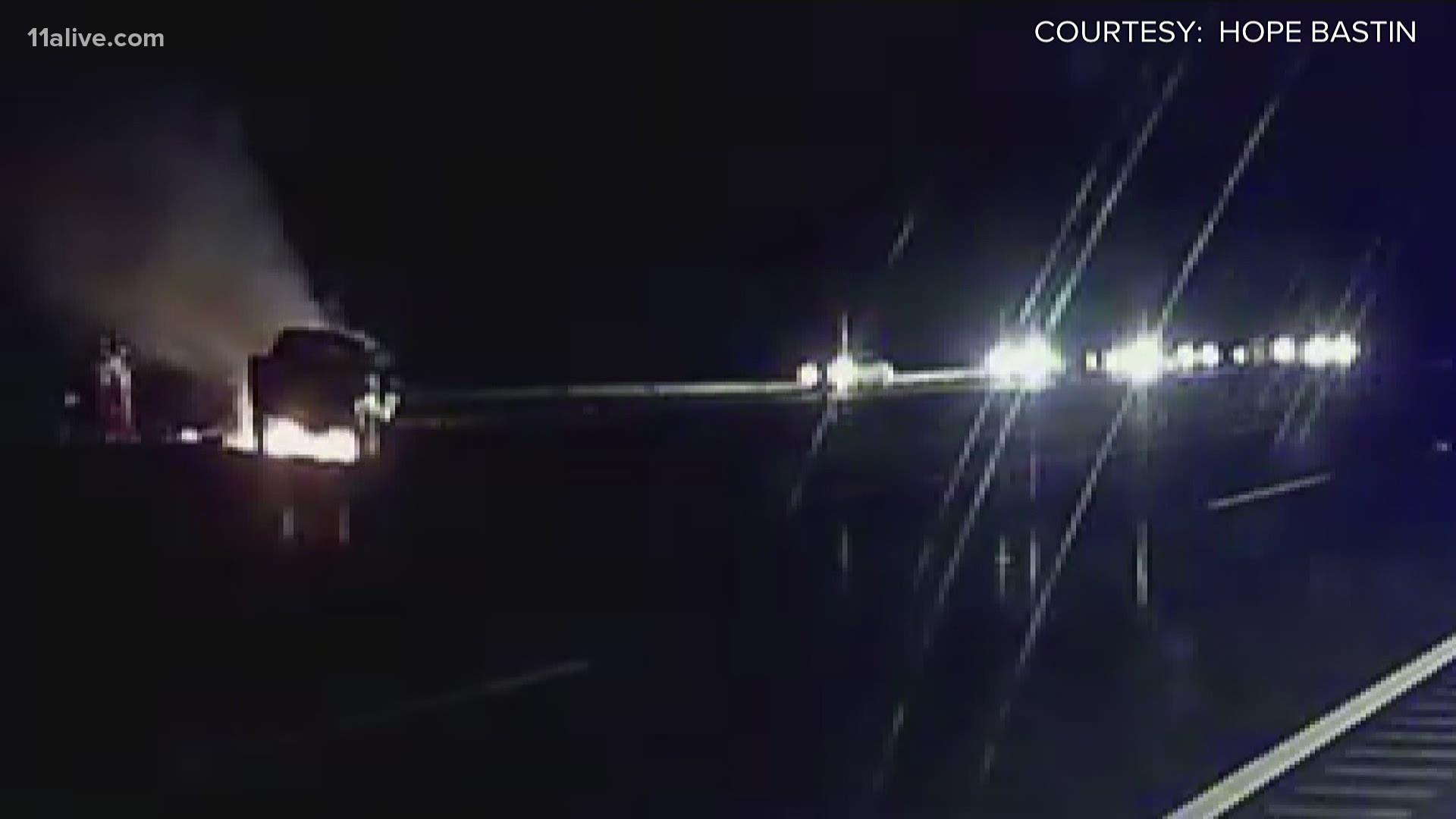 FLOYD COUNTY, Ga. — A high school senior is in the hospital after police say a wrong-way driver hit the pick up truck she was riding in. The accident caused the truck to burst into flames, trapping the teen.

But she was freed with the help of a Floyd County Police officer and another Good Samaritan.

It happened Saturday night on Highway 53 in Floyd County.

Dash camera video shows the Ford F-150 on fire. But it also shows Pfc. Blake Puckett running up to the truck to help get the unconscious 18-year-old trapped inside.

"I saw it, and my only thought was I gotta get her out of this truck. We've got to get her out," Puckett said.

That teen in the front seat was 18-year-old Laurel Putnam, a senior at Calhoun High School and the school's mascot.

Puckett said a bystander helped get Putnam out just in time.

"We got about 50 feet, and I set her down, and looked back and the whole cab was engulfed in flames," Puckett added.

Three other teens in the truck escaped on their own.

Floyd County Police said the wrong-way driver is facing a list of charges, including reckless driving and DUI. He remains in the hospital.

Police said the teen who was driving the Ford F-150 is also suspected of DUI and could face charges, too.

Puckett said in his seven years of law enforcement, he's never seen a scene like this - with a car on fire, a highway shut down, passengers lying on the road and someone trapped in a wreck.

"I'm just a regular guy doing my job," he said.

Putnam, meanwhile, is still in the ICU with a broken sternum and a fractured back.

Puckett said members of her family have reached out to him to thank him for saving her life.