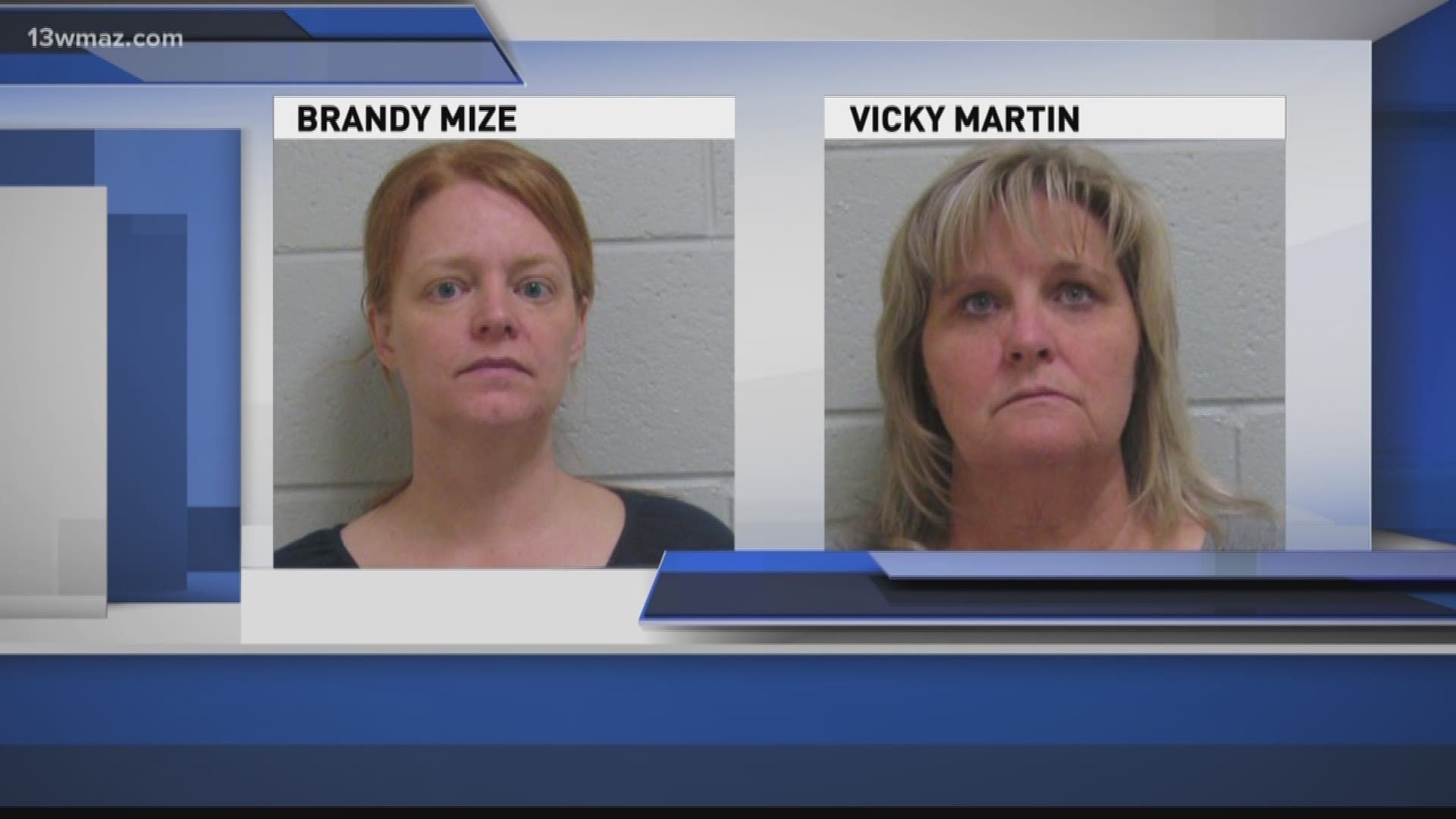 Two former bank tellers for the Peoples Bank in Eatonton pleaded guilty in federal court Tuesday for stealing over $1.6 million from the bank.

60-year-old Vicky Martin of Buckhead and 42-year-old Brandy Mize of Eatonton pleaded guilty to one count of conspiracy to defraud a financial institution.

As bank tellers, Martin and Mize were responsible for correcting mistakes shown by the Branch Capture Correction Account (BCCA). The BCCA is a quality control feature used by the bank to show one-sided transactions and to prevent mistakes or fraud.

They were also responsible for making sure their teller drawers and the bank vault were balanced, as well as order cash from the Federal Reserve Bank.

Over a two-year period from April 2014 to March 2016, Martin and Mize used their positions to embezzle and transfer money into their personal bank accounts, family bank accounts and associates' bank accounts.

They took cash from their teller drawers and even from the vault. They also issued cashier's checks for their benefit without valid checks or cash being deposited into the bank.

Martin and Mize covered up their false transactions by using the BCCA as well as inflating the vault cash balance.

Sentencing is scheduled for March 5, 2019, but the two could face a maximum penalty of 30 years in prison, a $1 million fine and five years supervised release.