'A sobering moment': Former Robins Air Force Base Chaplain promoted to the pentagon 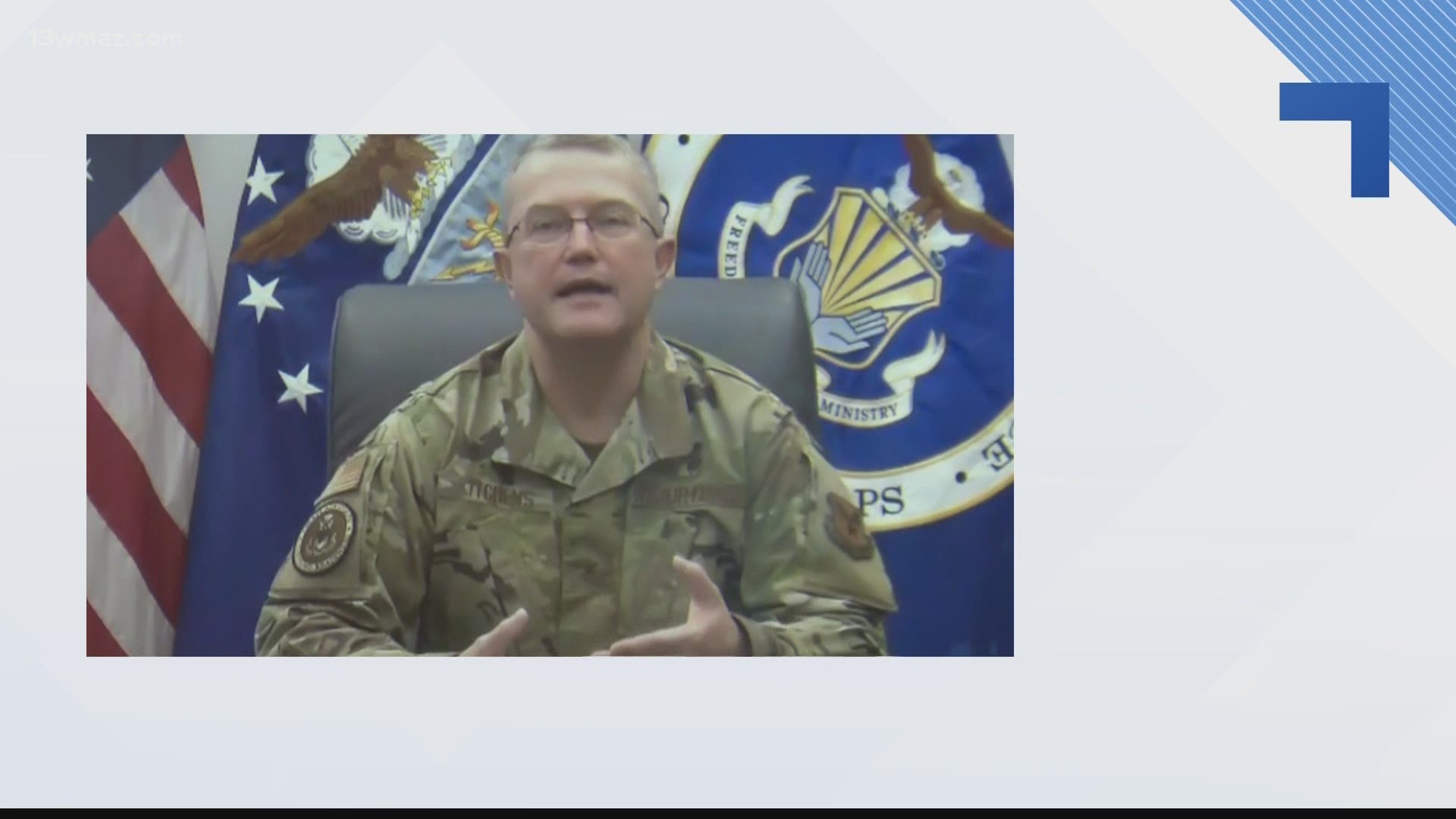 ROBINS AIR FORCE BASE, Ga. — A Macon native and former Robins Air Force Base Chaplain says his experiences in Central Georgia prepared him for his latest promotion.

Chaplain Randall Kitchens almost couldn't believe it when he was named Deputy Chief of Chaplains for the entire U.S. Air Force.

He says from a young age he wanted to find a way to serve God and his country.

Kitchens grew up in Macon, met his wife at Mercer University and served as a pastor in Florida.

He came back to Warner Robins in the early 90s to serve as a chaplain at Robins Air Force Base.

After three and a half years at Robins, he has since moved around the country to different bases working with air men and women and has been deployed to places like Afghanistan and South Korea.

He says going through some of the same experiences as service men and women helps create an understanding and allows him to relate when people come to him for guidance.

"We’ve been with them through many of the challenges they have experienced and so, there is a bond that is built there and when you build a bond with someone that you know and you trust, you feel as though, if you are going through a difficult time or a joyful time, you can openly share that with them and they understand," says Kitchens.

"You can come alongside them and walk that journey with them and encourage and hopefully fortify their spiritual care. Their spiritual faith to be renewed and be restored to be ready for that next mission, because being ready to go is what it’s all about."

Now, he's been promoted to Deputy Chief of Chaplains, the second in command of over two thousand U.S. Air Force Chaplains.

Kitchens says it's an honor.

"It is a very humbling, sobering moment," he says. "As it sinks in, you recognize the magnitude of the responsibility that you've been entrusted with."

He is responsible for all religious support, education, advisement and spiritual care policies for all chaplain corps members.

Kitchens says when he got the call, he pulled over, called his wife and pinched himself because he couldn't believe it.

He thanks Central Georgia for giving him the tools to handle this job.

"Many of my experiences in Macon, Georgia really made me the person that I am. It helped mold me."

Kitchens was confirmed for the new position on July 31 and is now in Arlington, Virginia working at the Pentagon.