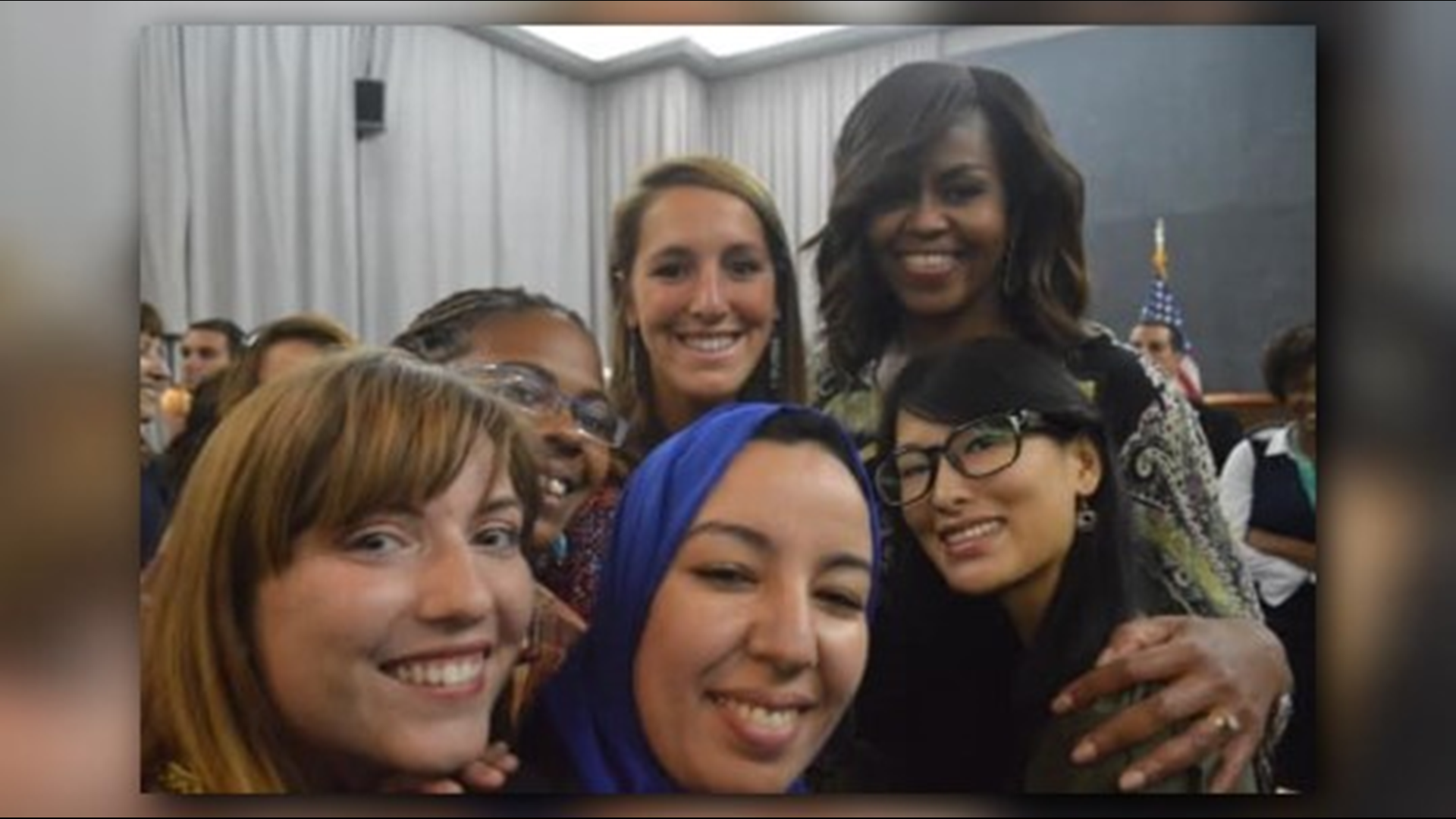 MACON, Ga. — 2021 marks the 60-year anniversary of the Peace Corps, a service organization that gives people a chance to spend two years abroad.

She says she did Peace Corps in Morocco in a small village of about 6,000 people.

"The service itself was the most beautiful thing. I think a lot of people do community service or they do volunteerism, it's considered a very surface approach to volunteering, and the Peace Corps is quite the opposite of that," Wilson said.

Wilson says she not only lived in the village, but fully immersed herself, learning the culture, the language, and taking part in a historical program run by former first Lady Michelle Obama.

This year is the 60th anniversary of the Peace Corps, but instead of a large celebration, the organization is asking current and former volunteers, like Wilson, to share their memories.

Harrison Welshimer started as a volunteer, and is now a recruiter for Peace Corps here in Georgia.

"I applied on one night on a wintry cold night in Wyoming and six months later, I was leaving for Cambodia in July of 2019," he said.

Although COVID-19 cut his trip short, he says he now encourages people who are interested to keep their options open, especially college seniors.

"I worked for 10 years before I served and I had those conversations too, if you want this experience, it's going to be there for you, it's just a matter of time," Welshimer said.

Peace Corps says for now, all service trips are put on hold until COVID-19 restrictions are lifted.