In Fort Valley, a church has found a new way to make sure someone who needs food can get it quickly, anonymously, and free. 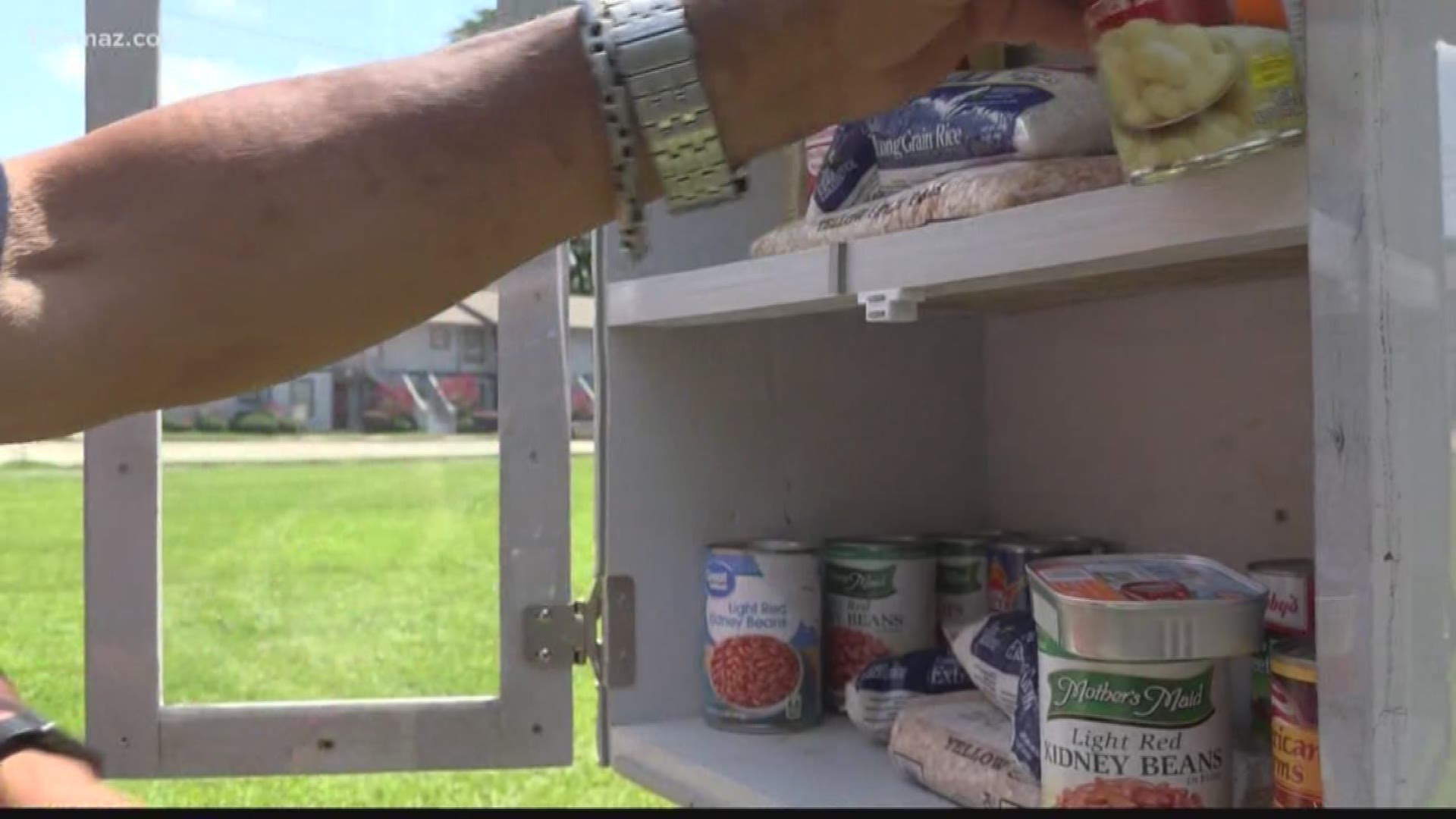 It's based on the concept of the "little libraries" you see in some neighborhoods, only in this case, with food.

Anna Holloway is the secretary of the church and the mastermind behind the "Little Free Pantry."

"Right now, there's more vegetables and beans, and yellow split peas have not been popular at all, so they stay," she says, "We put in canned foods that have meat in them. We do have to watch and make sure there's turnover, but with canned foods with meat in them, they go pretty fast, the same day usually," Holloway said.

Holloway says they do promote pantry donations during church services and events, but they also get donations from strangers, too. They like it that way. "We don't really know who takes the food. I do know that a lot of people put it in without our knowing who they are, so it really is completely out of the kindness of people's hearts."

One of those people is Alfred Ellis, who is born and raised in Fort Valley and a member of Saint Luke's Episcopal Church. "Well, I brought some rice and some beans and corn today. We generally find items like this are always acceptable, and by the time I ride down the street and Dr. Holloway drives by or my daughter drives by, you'll find that it's all gone."

He says he and other church members take turns collecting items and checking to make sure the pantry is always stocked. "We'll stockpile it and share it at previous intervals to keep it active," he says.

The goal is for people who take food out of the pantry to feel encouraged to later put food back into it some day.

If you'd like to donate, you can visit the pantry located behind Saint Luke's Episcopal Church at 1000 State University Drive.