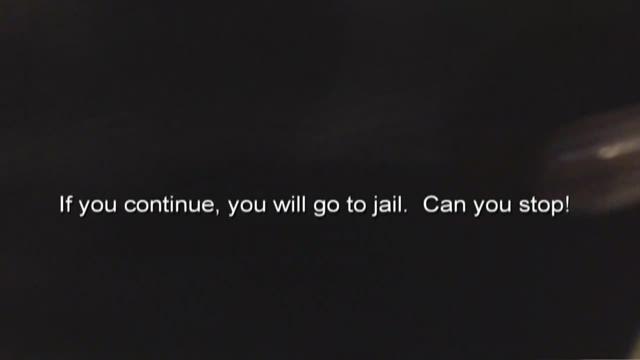 MACON, Ga. — Editor's Note: The video in this story is from a VERIFY piece about your rights when recording law enforcement.

A federal judge says a “citizen journalist” can sue the city of Fort Valley for arresting him for filming inside the city hall lobby.

On Tuesday, Judge Tilman Self III rejected the city's motion to throw out a civil-rights lawsuit filed by Kennon Dunn, who lives in Pulaski County.

Self wrote: "The First Amendment protects the right to gather information about what public officials do on public property, and specifically, a right to record matters of public interest. Pretty simple rule."

According to his lawsuit, Dunn visited Fort Valley in July 2018 and shot video of the historic downtown and city buildings.

He wrote that he planned to film a story on missing persons in the Fort Valley area.

When he went inside city hall, he says, a city employee asked why he was filming and Dunn says he "politely declined" to explain.

Dunn says the employee and Mayor Barbara Williams reported him to police as a "suspicious person."

His lawsuit says that two officers questioned him and tried to push him outside. One told him he was not allowed to shoot pictures of the mayor without her permission.

They arrested Dunn and took him to the Fort Valley police station.

"And, finally, the Fort Valley Police Department has refused to provide Dunn with any of the documents dealing with his case, notwithstanding that Dunn requested the records via the Open Records Act," Self wrote.

Self wrote that Fort Valley officials haven't shown that they had probable cause to arrest Dunn or that they're immune from being sued.

The city's response argued that Dunn brought his troubles on himself by refusing to cooperate and goaded the officers into arresting him.

They wrote that his complaint "smacks of a setup."

They wrote that "citizens and journalists must be permitted to film peacefully in public spaces without interference or obstruction by law enforcement."

In his lawsuit, Dunn calls himself a "United States veteran and independent journalist who is passionate about continuing to uphold his vow to the Constitution, encouraging other government officers to do the same, and educating the public on civic engagement and constitutional rights."

He says he films and produces stories focusing on government accountability throughout Georgia and posts them on YouTube. More than 8,000 people subscribe to his channel.

Dunn is suing Police Chief Lawrence Spurgeon and several officers. He initially named Mayor Williams and a city employee in the lawsuit, but later dropped them from the case.