'Any new business is great for the town': Fort Valley hotel and conference center closer to breaking ground

A hotel and conference center project that's been in the works for several years is moving closer to breaking ground, according to city leaders. 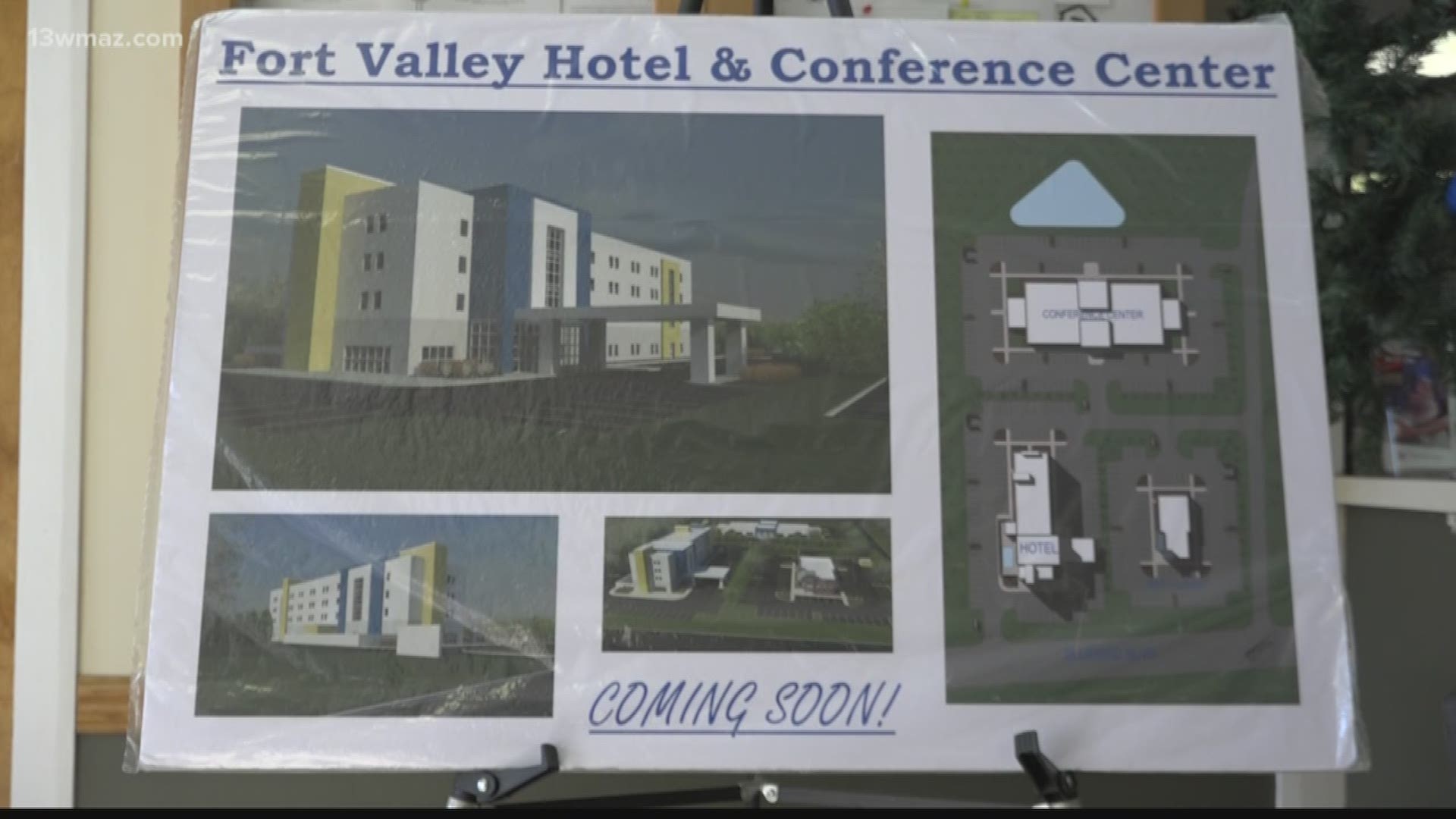 "Any new business is great for the town," he says, "It's great for taxes, it's great for, I mean, just everybody in general, for the city and for the people."

He says he's heard the chatter about a hotel and conference center in Fort Valley and he supports the potential new customers coming to town.

"The perks would be having people coming to eat from the hotel -- that's a big plus. We'll get more customers to eat here off of that," says Rodriguez.

He says having a movie theater nearby would also sell itself.

"I think it'll definitely be better for people even in the surrounding towns like Roberta, Reynolds, and Butler, instead of people having to drive half an hour more than what they already have to drive to get to Fort Valley," says Rodriguez.

Like others in the city, Rodriguez wants to know when this hotel will be built.

Fort Valley Mayor Barbara Williams says, "Phase 1 and phase 2 studies are being conducted as we speak by an engineering firm."

A previous layout made by developers had the hotel, conference center, and movie theaters combined into one large building, but Mayor Williams says that has changed.

"Developers are negotiating on some property back behind the site to put the movie theater, which means it might not be on the same site as the hotel, but back behind that site," she says.

Williams says it will now be a Wyndham hotel and she hopes to break ground this year. "If that doesn't happen, then I'm gonna buy myself a tiller and go break some ground and plant something out there on that site."

The project will still be located along Bluebird Boulevard on the site of the old Peach County hospital.

Mayor Williams says about $13 million will be invested into the hotel, conference center, and movie theater.