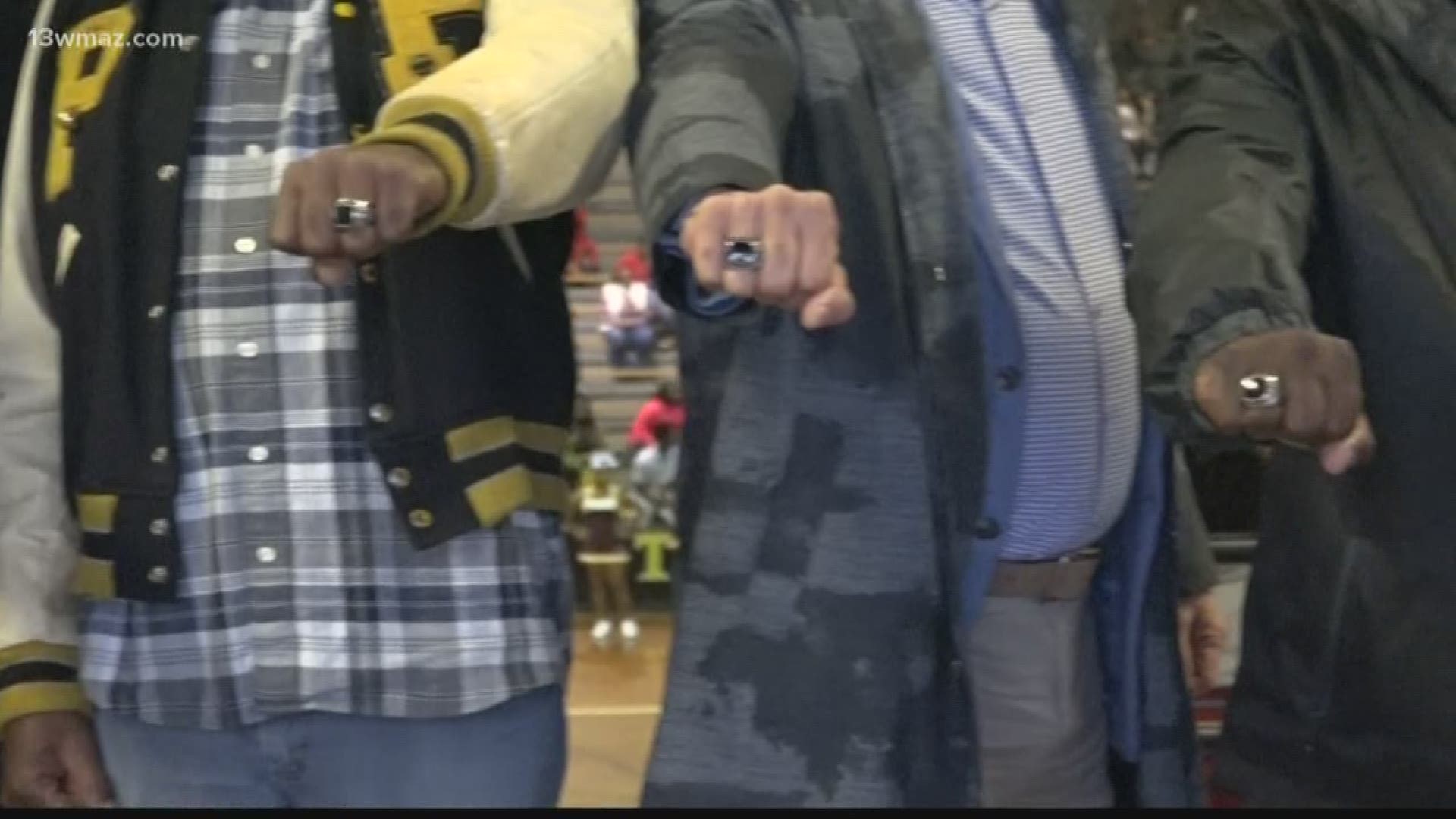 But on Saturday night, those cheers were for a special group of men who won the basketball state championship back in 1978.

For Cedric Allen, Alton Howard, and Donald Walker, 1978 was a special year and a special team.

Donald Walker, former center and team captain, says back then, the Trojans were "serious underdogs."

Cedric Allen was his co-captain.

After losing 10 games in the regular season, the Trojans advanced to the playoffs and beat Southwest Dekalb, and then defeated Decatur in the championship game, 65-63.

"There's brotherly love there, all the rest of them will be brothers to me until the day I die," Alton Howard said.

Howard's brothers were there on Saturday to finally accept those championship rings, 41 years later.

"It feels great, it completes the whole process," Walker said.

When the team first won in '78, they won a trip to Dairy Queen.

Now, the legacy can live on with a banner in the rafters and new rings with personal engravings.

"A big, big thank you for finally recognizing us for that state championship win, it means a lot to us," Walker said.

The 1978 team stayed to watch the current boys and girls games today. They say the new gym is much nicer than the one they used the play in.

'I used to play in this gym:' Peach County High School legend campaigns for youth center