Many of the players have the chance to vote for the first time in November. Coach Maurice Flowers is encouraging them to take part in their civic duty. 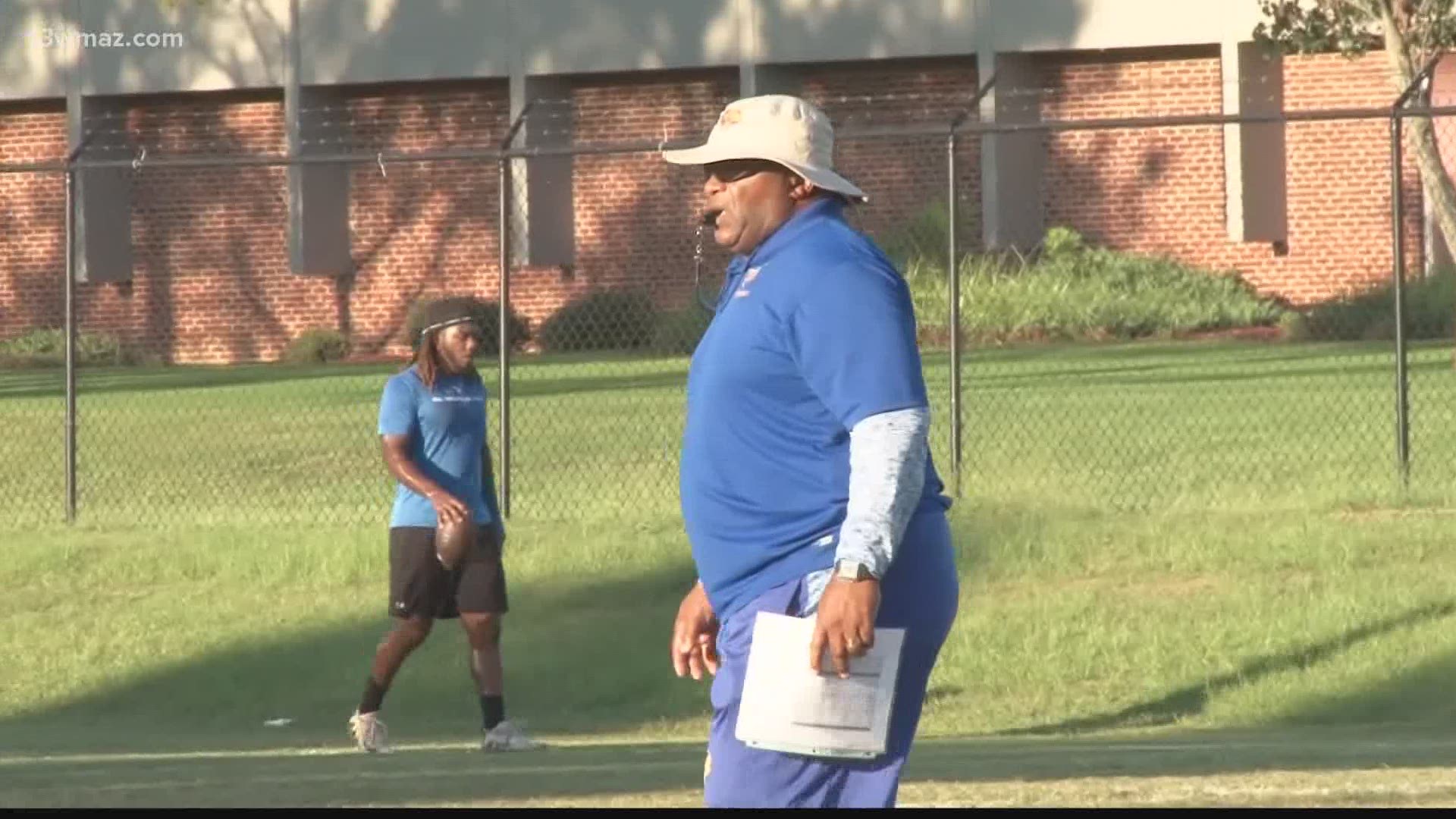 FORT VALLEY, Ga. — The Fort Valley State Wildcats are busy preparing for a possible spring football season after the SIAC opted out of the fall schedule, but that's not stopping the team from preparing to win in the game of life.

It's not the transition Maurice Flowers was expecting as the first year head coach for Fort Valley State when he took over the reigns of the program back in December of 2019.

Flowers was looking forward to implementing big changes to a team that finished 6-4 last season, out of the conference championship race as well as the playoffs.

But with limited activities available to the team during this time, Flowers elected to educate the players on their civic duty. He organized a team-wide voter registration on campus to give the entire ball club a chance to get registered.

"It's just important to do anything you can to bring your team together, but this right here has a bigger purpose than just team bonding. Having the ability to vote and going through the process is something a lot of people don't do because they aren't able to or their not informed on how to do it. So I just think it's important for us to be a leader in all kinds of ways on the campus and in the community," Flowers said.

For many of the student athletes, the presidential election in November will be their first time voting. Flowers wanted to remind his players just how important it is to have their voices heard.

"We always say we are here to do more than just make them better football players and this is an example of that. Voting is something to have their voice heard and they'll know they did it with their college teammates. These young men that are practicing every day, are going to be friends for life and say 'we've done some things together bigger than football,'" he said.

Just under 115 players were officially registered.

Flowers says he likes to challenge his players with team building activities both on and off the field, and he hopes that changes make their bonds stronger as student athletes, friends and teammates.