The teen faced jail time, but instead finished a stint at the academy and received a leadership award and scholarship money. 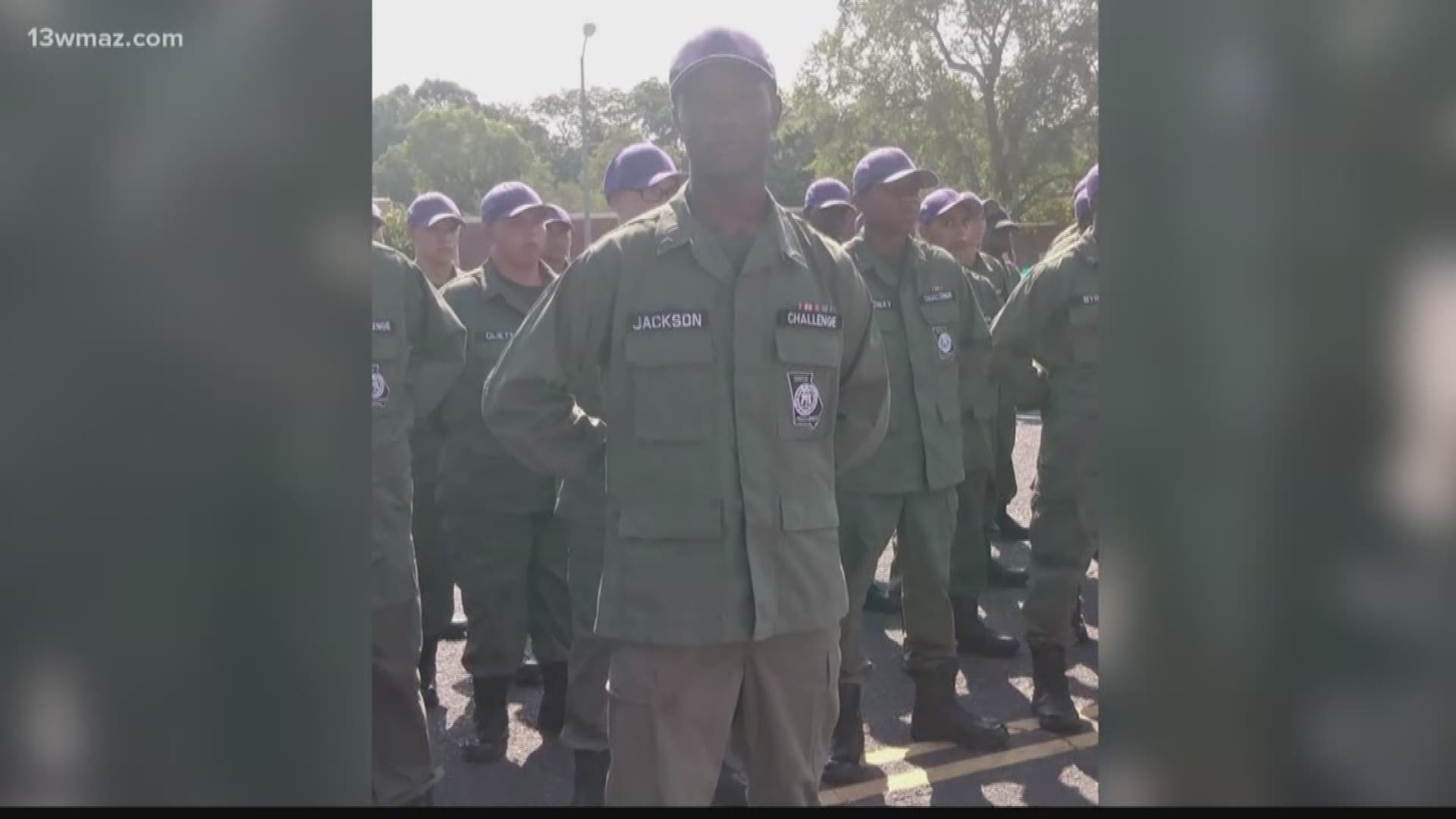 A Fort Valley teen avoided jail time by completing a session at a military academy in Milledgeville. Not only did he complete the program, he excelled.

Dementrious Jackson admitted that he was on a poor path in life. He had been kicked out of both traditional high school and alternative school.

"My life was wild, crazy," Jackson said. "I was smoking, doing things I didn't have any business doing just because I thought it was fun."

Most nights, his mother, Denise, did not know where he went, but she knew he was getting into trouble.

"He was staying out late, he was doing a whole lot of stuff. He and his friends would get together. They would take cars," Denise said.

Jackson already had a lengthy record, but grand theft auto and other charges put him before a judge once again. Instead of sentencing him to jail or a youth detention center, the judge gave him another option -- complete the Georgia Youth Challenge at the Milledgeville Youth ChalleNGe Academy and have his charges dropped.

Jackson agreed, and that's where his transformation began.

"When I first got there, I didn't want to be there," Jackson said.

The cadets at the academy follow a military model. They wake up at 5 a.m., perform physical training, do chores, and go to class. The routine eventually set in to Jackson, who then went to his commanding officer and told him he has higher aspirations than simply being a cadet.

"Initially [he came in] as they all come in, as scared kids," said Lieutenant Anthony Green, a senior youth leader at the academy. "But gradually, I would see him maturing more. He would take on the role of helping his fellow cadets, he would take on that role of mentoring them and make sure they were doing the right things."

Green made Jackson a platoon leader and promoted him to corporal. That was not his only accomplishment. Jackson finished his GED in less than three months, earned $3,000 in scholarship money, and won the Youth ChalleNGe's leadership award, the first in the area to do so.

"I know I can do good, I know I can do better, but at the time, I just didn't care," Jackson said. "When I went into the military program, I wanted to be the best."

Jackson completed the Youth ChalleNGe and had his case dismissed. He said it was the best thing he could have done.

His transformation has made his mother proud.

Jackson said he plans on joining the Navy once he turns 17 and wants to continue studying computer science, which he completed classes in while studying at Central Georgia Technical College in the program.

The next class of Milledgeville Youth ChalleNGe Academy cadets report on Sunday, November 18.