'We don't have any of those amenities': Marine veteran opens new art studio in Fort Valley

After a few Fort Valley recreational centers closed, Keisha Dennis wanted to provide a creative space for the community 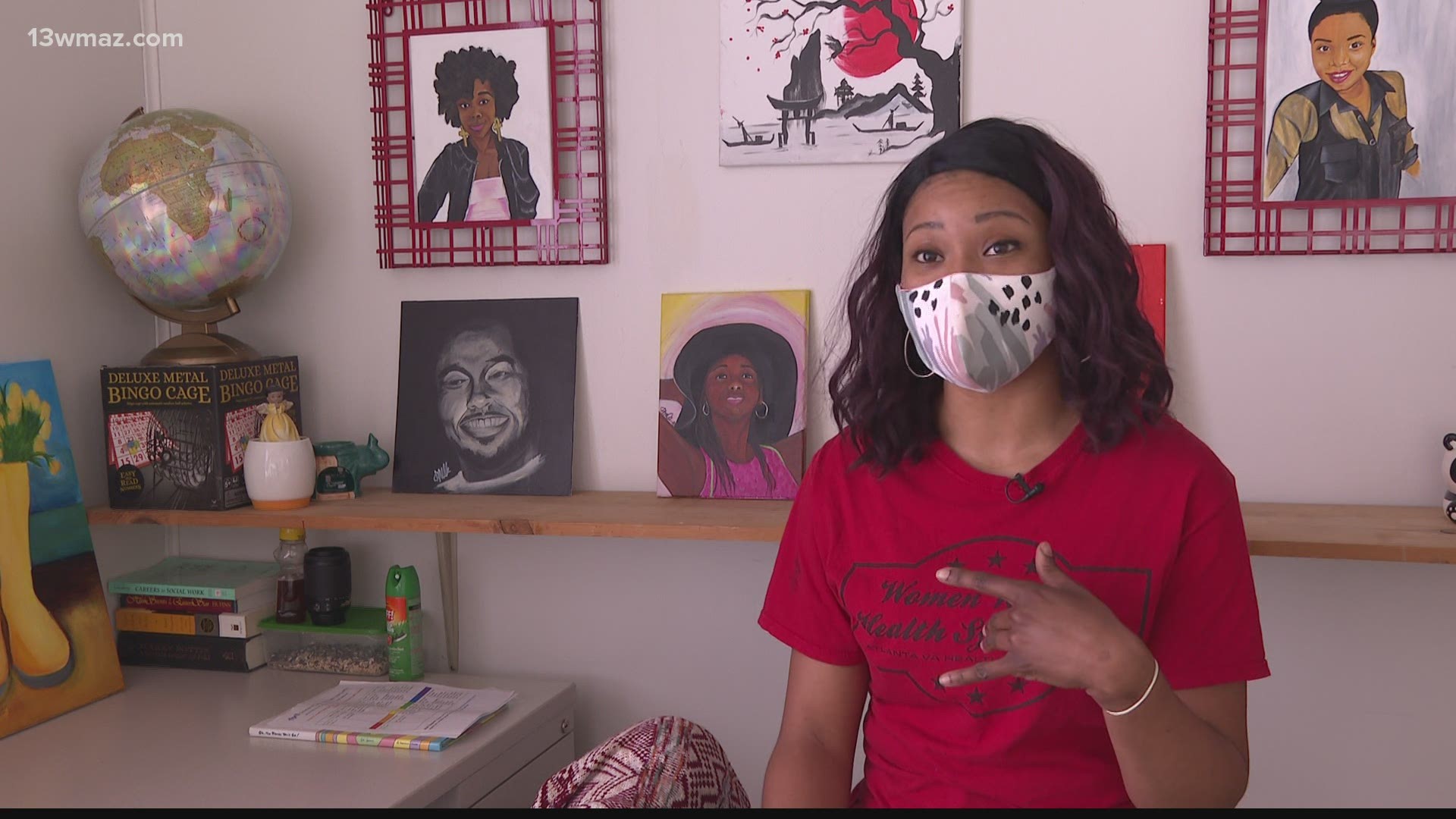 FORT VALLEY, Ga. — A Fort Valley woman is hoping to bring a safe space for people to express themselves -- all with a paint brush.

"My mom, she shows all her friends and they always say, 'She's gonna go big,'" said 15-year-old Brooke Johnson.

Johnson is working on a portrait of her aunt and cousins. She rents out studio time to complete her work.

“It's quiet, I listen to music, and I can focus on the art,” she said.

She's used to working on art pieces in her home, but now spends time in downtown Fort Valley at the K. Dennis Art Studio.

“Anyone can come here and draw and paint, which is fun because you don't have much to do because of COVID," said Johnson.

She's been inspired by the owner, Keisha Dennis, and wants to run her own art studio one day.

“She made this all, and it's like a community center, basically,” said Johnson.

Dennis said it started out in her apartment with her kids and their friends in 2016.

"They went out bragging and then the next weekend we had 12 kids, then we had 18 kids come over," recalled Dennis.

She's a Marine Veteran who spent 15 years in active duty. The transition back to civilian life inspired her to take the step toward being a business owner.

“I was transitioning to become a civilian and that was difficult,” said Dennis, “and I turned to art to paint through my feelings.”

She says she was encouraged to start the studio in Fort Valley after seeing a couple local recreation centers had closed.

“In Macon, they have a new rec center that was built, in Warner Robins, there's one that's being built -- we don't have any of those amenities at all," said Dennis.

It made her sad to think her own children didn't have a place to go.

“This was an opportunity for me to connect with the community and give them the space to be creative," she said.

She says it's important to bloom where you're planted.

“One of the mottos is: Leave things better than you found them,” said Dennis.

That's what she hopes to do with artists like Brooke in Fort Valley. You can sign up for art classes here.