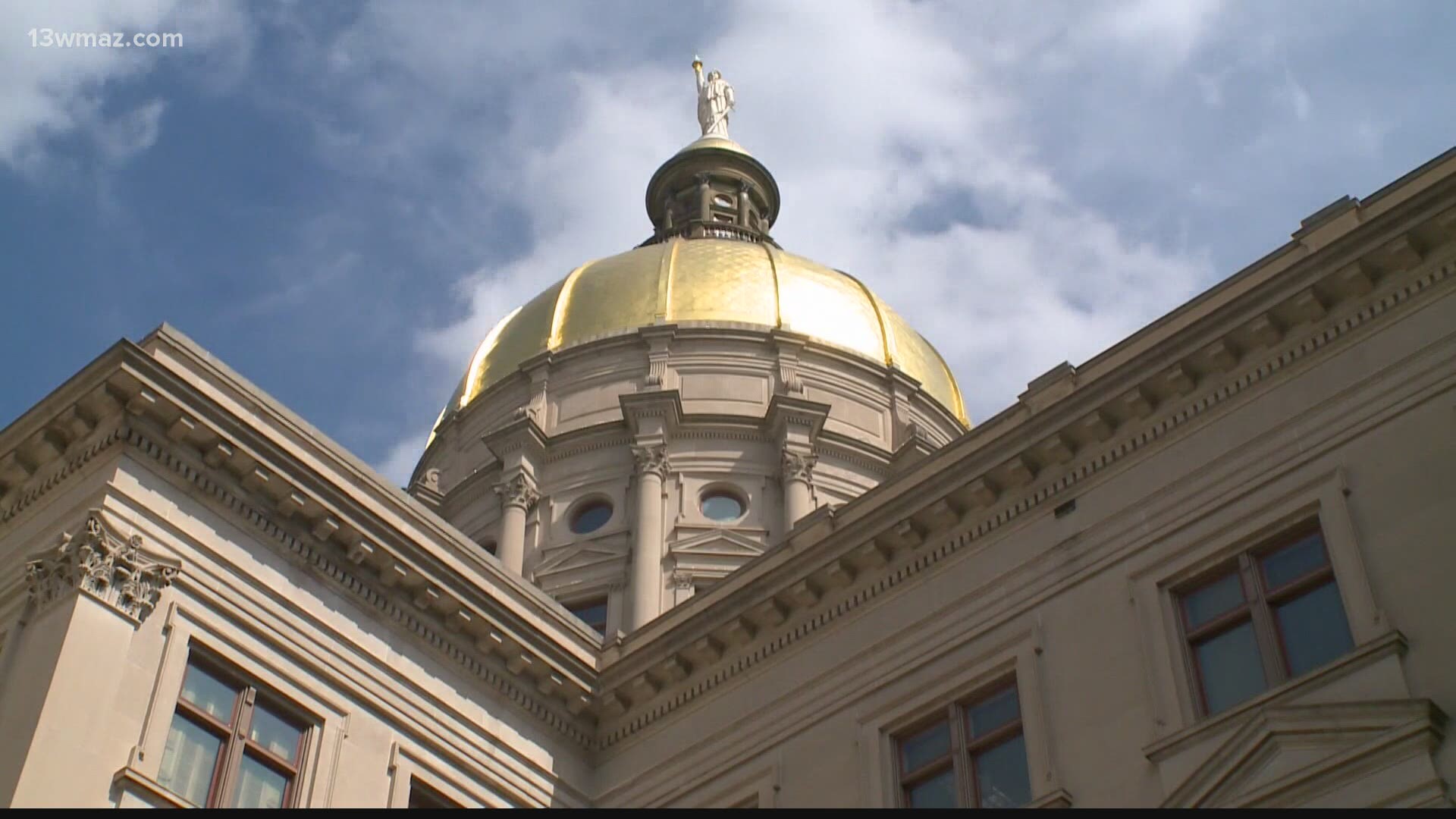 ATLANTA — Editor's Note: The video in this story is from January's coverage of this topic.

The latest attempt at an 'other local option sales tax' (OLOST) bill, which seeks to help Macon-Bibb County property owners, has taken a step forward in the Georgia General Assembly.

It passed the Georgia House of Representatives Ways and Means committee Thursday afternoon, but representatives are on a deadline to get it through this session.

This coming Monday, March 8, is Crossover Day -- the deadline for a bill to pass out of either legislative chamber. Bills that fail to pass by Crossover Day are no longer in consideration for the rest of the current session.

The bill now heads to Rules Committee. If passed through committee, it must make it through the House of Representatives by Monday.

But with the tight deadline, will it survive this session? Some Central Georgia legislators and Mayor Lester Miller believe so.

"I think is a great chance, like I said, a lot of hard work has been put in by everybody all levels," Miller said.

"The chances are good, but it's not guaranteed,"said Rep. Robert Dickey, the bill's sponsor.

This is at least the fourth attempt to get this penny sales tax through the assembly. In January, all commissioners voted to ask the local delegation to push the legislation through the General Assembly.

This legislative session, their pitch is a 100% rollback beginning in 2023. That means they'll cut property taxes by the same amount that the county expects to collect through OLOST.

With the proposed bill, Mayor Lester Miller and Rep. Dale Washburn says they’re estimating property taxes will be cut by about 7 mills in 2022.

According to Rep. Washburn, it’s expected to bring in $8 million for operational cost in the last quarter of this year.

What would that mean for you?

Right now, if you buy a taxable item in Macon-Bibb County, you pay 7 cents sales tax on each dollar. This tax would add on another penny. In turn, the county would lower property taxes.

"This will roll the millage rate back to a level we never seen in Bibb county, you looking around 12.2 on the millage rate, which is probably less than anywhere around here," Miller said.

And in turn, Miller says it will put more money in property owner's pockets.

"We believe that savings they'll use will help to buy local which will help our economy here. We'll be more competitive to attract businesses," Miller said.

He told 13 WMAZ in January that about 70% of the county's sales tax is paid by people who live outside of Bibb County.

"Even people that come to work in Macon-Bibb County, and may live outside our district, they don't pay taxes... but they use our roads and various services we have to offer," Miller said previously.

Even if the bill makes it through both chambers this session AND is signed by the governor, the majority of Bibb County voters would have to vote in favor of the proposed referendum.

Rep. Washburn says it would have to be voted on again by Bibb County voters in five years.