FPD and Stratford meet to run in memory of Walker Bethune

"I would think that he would just be amazed at how many people would turn out to something like this for him..." 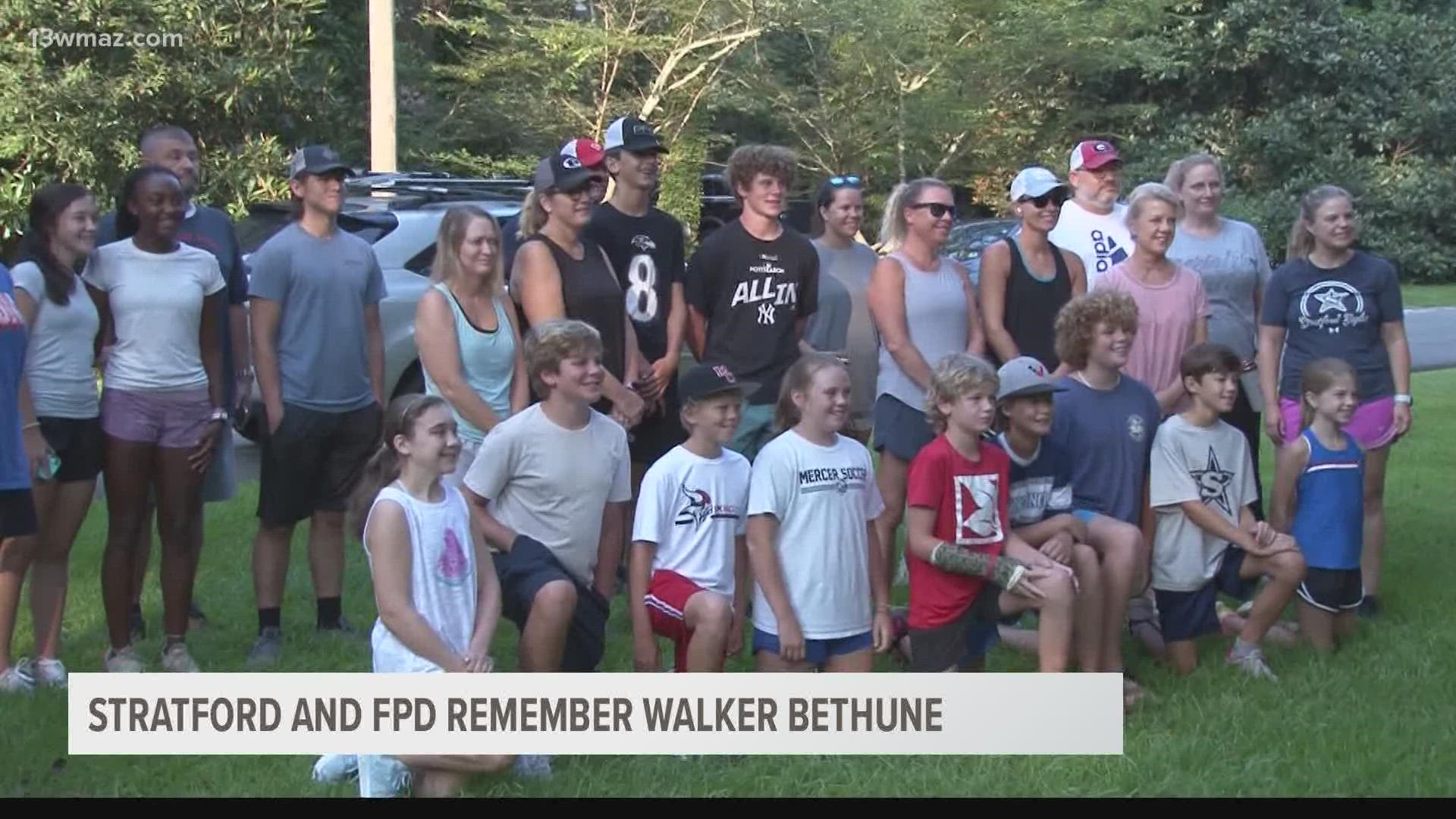 MACON, Ga. — The Macon community wasted no time in planning how to pay tribute to Stratford student Walker Bethune, who passed away last week.

Bethune excelled not only in the classroom, but also as an athlete in both cross country and track.

On Saturday, a gathering organized by Stratford parent Ivey Hall became the first opportunity to publicly recognize Bethune after his passing.

Students from First Presbyterian Day School and Stratford Academy gathered to run as one, setting their watch timers for 18 minutes and 44 seconds as they ran the neighborhoods of north Macon. That was Bethune's fastest time in a 5K.

"Many of [the students] have interacted with the Bethune family in different ways, whether it was through school or church or little league," Hall said. "And so it was just an opportunity to do something for them that they could share in Walker's memory."

First Presbyterian cross country head coach Christian Baumgarth knows this would only be the first way of remembering Walker Bethune this fall, but above all else, Saturday was about a community coming together as one.

"As much of a rivalry as there is between all the schools in Macon, they're all friends with each other," Baumgarth said. "I would think that he would just be amazed at how many people would turn out to something like this for him, and just being able to see how many different peoples' lives he was able to touch in his time here."

Additional planned tributes to Bethune's legacy could certainly be in the works soon, though nothing has been announced.