'Everybody loved him': Classmates, coach remember the life of Veterans HS freshman

Along with a GoFundMe account set up for the family, t-shirts are being sold and a petition to name a building after DJ is circulating. 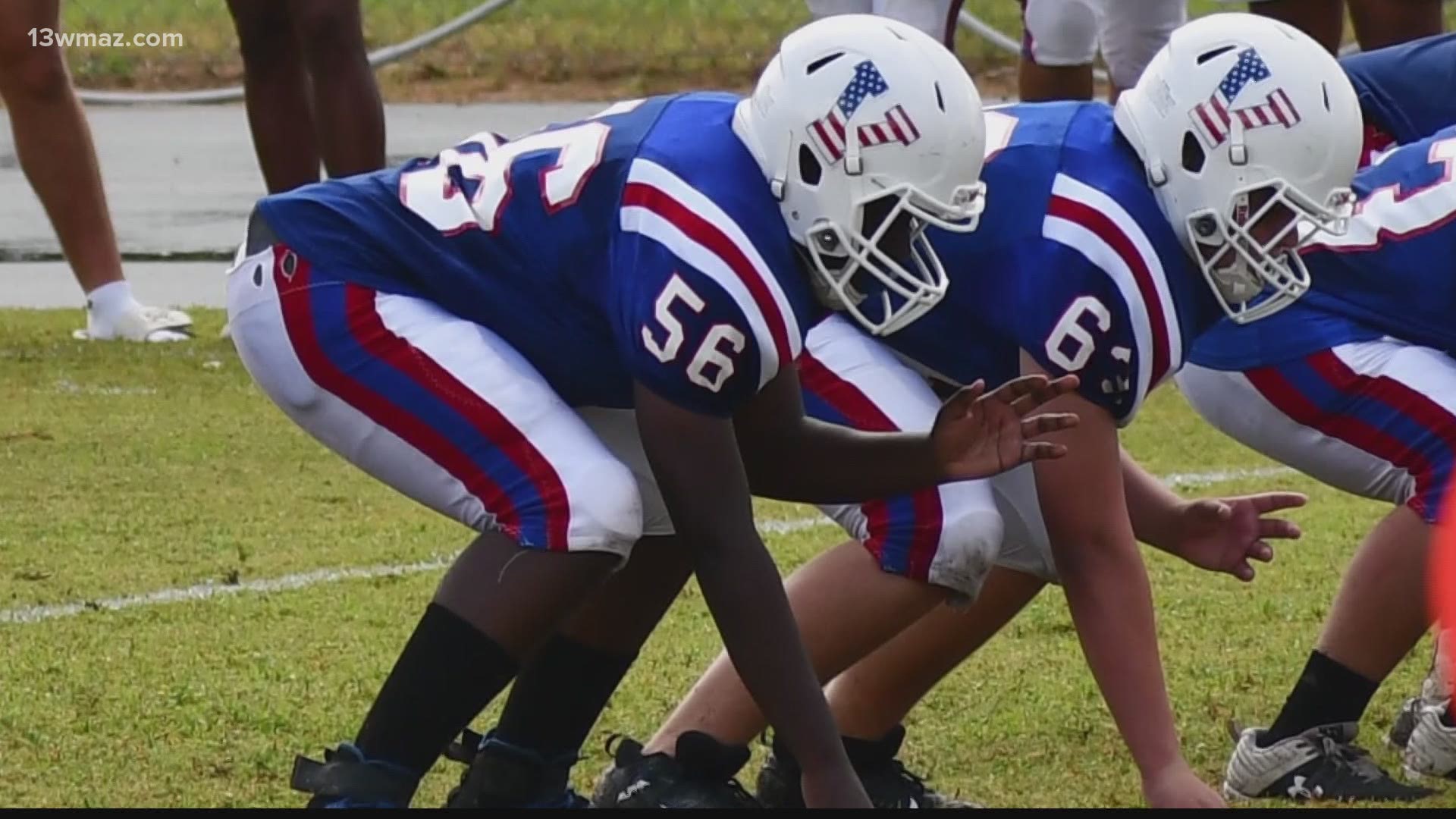 KATHLEEN, Ga. — The family and friends of Veterans High School freshman DJ McDowell are mourning the loss of one of their own this week.

McDowell was from California, but he moved to Georgia this summer with the dream of playing high school football.

He suddenly collapsed at football practice on November 2, and had to be taken to Egleston Children's Hospital in Atlanta for a cardiac condition.

"We looked over behind us and we saw DJ, sitting there trying to grunt for air, and he was kicking and all that, and then the coaches rushed over there," said classmate Jacob Ruff.

Ruff is also a Veterans freshman who had two classes with him.

"He came in every day with a smile on his face, and I asked him, 'Why are you always smiling?' and he told me that life is too short to be upset," recalled Ruff.

"Just a wonderful young man. He's, you know, everything that you would want your son to be like," Turner said.

LaKisha Brooks has a son on the Veterans football team. With support from other parents, she created a GoFundMe account to help with expenses the family is facing.

"For someone to lose their life at such a young age is traumatic and tragic for anyone to even conceive," said Brooks.

People can also buy t-shirts with DJ's name and jersey number on them.

"We just want to help, so that they can focus on healing and grieving and not to be burdened with medical bills and things that, you know, we can all just step up and help with," said Brooks.

Both Ruff and Turner say that although DJ is gone too soon, he left his mark in a short time.

"He just had a positive attitude about everything. [He was] hardworking and everybody loved him," Ruff said.

"DJ's life will definitely count for something because of who he was as a person, what he stood for, the impact in his short life that he had on those that knew him... it's something that will never be forgotten," Turner said.

Coach Turner says the team will wear stickers on their helmets in honor of DJ.

The high school will be breaking ground on a new multipurpose athletic facility in the coming weeks. There is currently a petition going around, calling for the building to be named after DJ.