This weekend they received more than 50 calls of people wanting to surrender their animals. 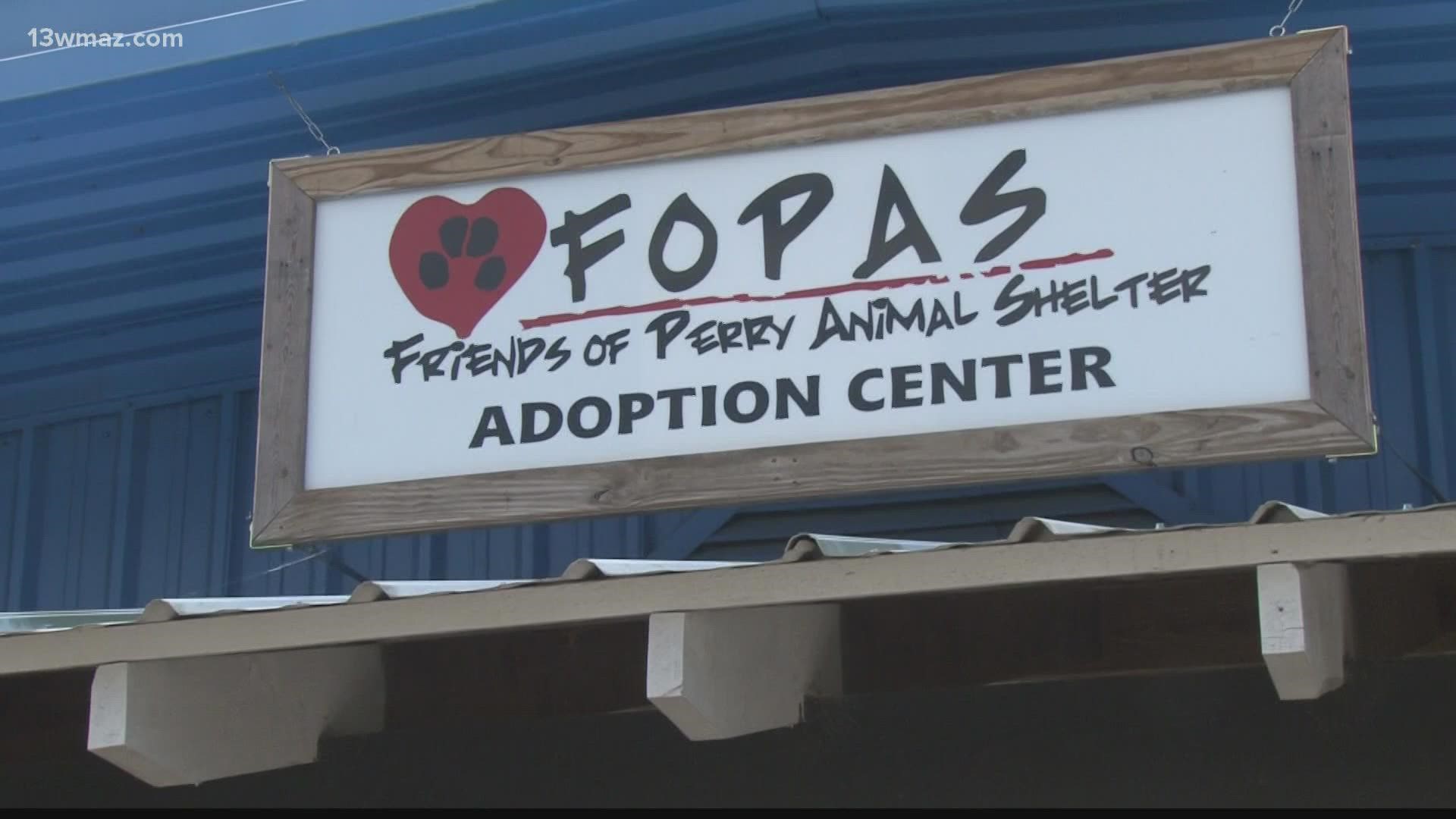 PERRY, Ga. — Friends Of The Perry Animal Shelter (FOPAS) has more animals than they can handle. The group posted on Facebook saying adoptions are low, but the number of animals is at an all-time high.

This weekend they received more than 50 calls of people wanting to surrender their animals.

The director and assistant director say it's been overwhelming -- Lynne Gibbs and Amanda Johnson are at FOPAS seven days a week.

Lately, they say the phones have been ringing off the hook.

“Unfortunately, yes. I have to say 'Friends of Perry Animal Shelter is full at this time, I'm sorry.' And then they ask for other rescues and shelters and I give them as many as I can think of, but unfortunately they're full too,” said Johnson.

FOPAS takes in some owner surrenders -- but their job is to rescue animals from Perry’s Animal Control.

Gibbs says animals get euthanized if they're not pulled by rescue or reclaimed by their owner.

“Our animal control is busting full right now. I think she is right at capacity. We have not been able to pull from them in the last two or three weeks because we've had so many here,” said Gibbs.

Johnson encourages people to get their pets spayed and neutered -- and try all options before surrendering.

Johnson says people have even abandoned their pets at the front door of FOPAS. She says it hurts to turn people away, but they're doing all they can.

“It's just overwhelming how many people have called. It is really upsetting to listen to those people plead for help for those animals. And there's nothing I can do about it,” said Johnson.

FOPAS has more than 10 dogs and nearly 30 cats ready for adoption.

“I want them to have great and forever homes. And I need people to come and adopt these animals so I can help more,” said Johnson.

Gibbs says August is generally a slow month for adoptions, but this is one of the lowest they've seen. For more information on FOPAS and how to adopt a pet, visit their website.

13WMAZ Pet of the Week: Bella