Gag order in the Tara Grinstead murder case thrown out

The Ga. Supreme Court has ruled the gag order in the Grinstead murder case is unnecessary. 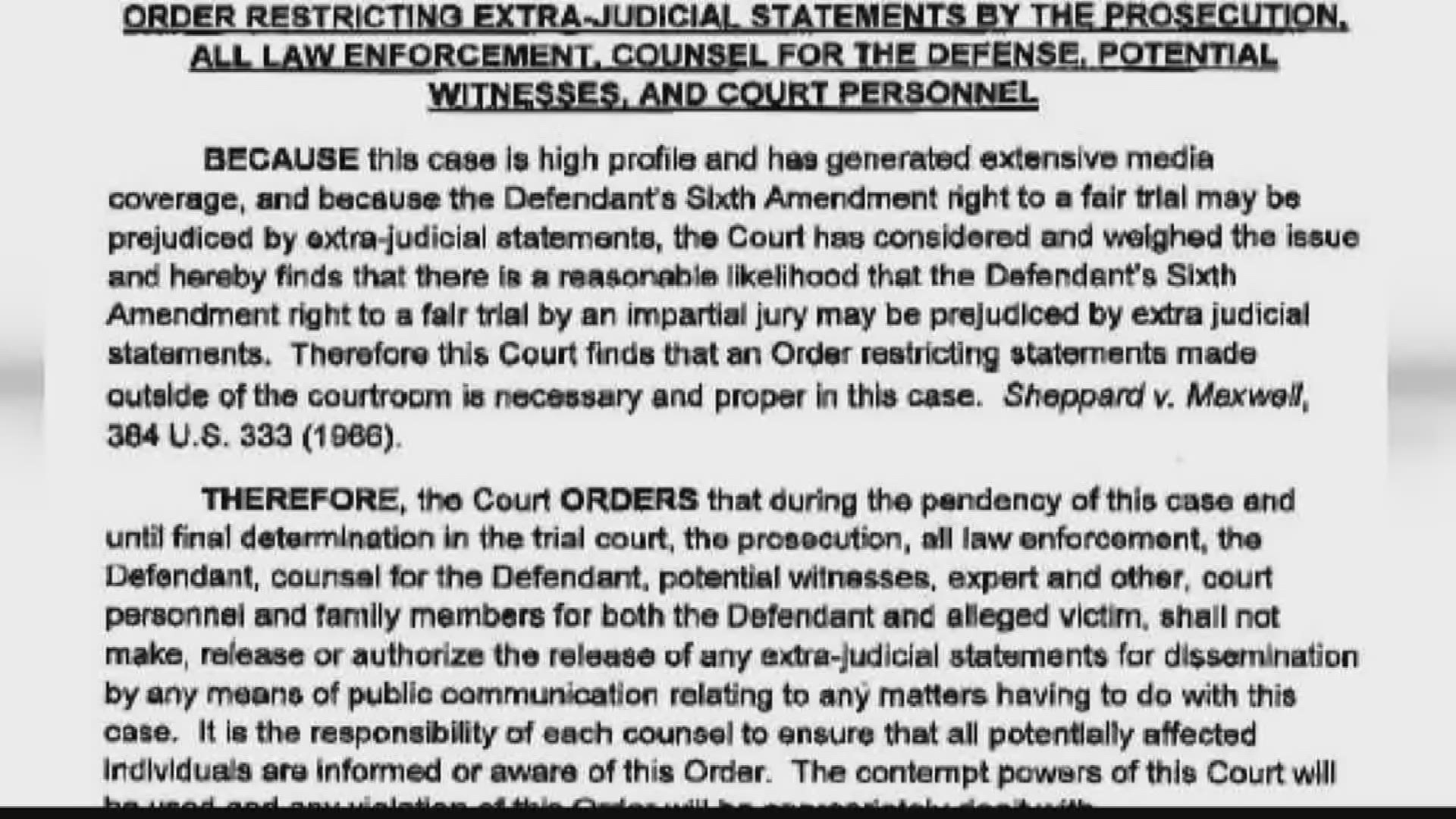 The Georgia Supreme Court has thrown out the gag order put in place for the Tara Grinstead murder case.

In February 2017, an Irwin County judge issued the order barring anyone associated with the case from speaking about it to the media.

Grinstead is the Irwin County High School teacher and beauty queen who went missing in 2005.

The ruling came after 13WMAZ and our Atlanta station fought the order all the way to the Georgia Supreme Court.

RELATED: Break in the case: Arrest made in the death, disappearance of Tara Grinstead

13WMAZ and our sister station WXIA in Atlanta challenged the gag order stating it was too broad and the judge did not have evidence that news coverage would endanger the trial process.

Last March, the judge modified the gag order to only include attorneys and law enforcement connected to the case, but the state's highest court ruled any gag order in this case unnecessary.

Last fall, lawyers for WMAZ and WXIA argued the case before the state supreme court.

After listening to both sides arguments, the court threw out the gag order by a "unanimous" vote Monday morning,

So with the gag order lifted, who can give us answers? GBI Special Agent, JT Ricketson, says it's not the GBI, because they've handed over their case file to the prosecution.

"We were in the process of providing as much information as we could at the time and again unfortunately the way things transpired now we're over in to where the court is involved in it. So on the law enforcement side we defer to our prosecutor," says Ricketson.

According to Ricketson, District Attorneys Brad Rigby (Cordele Circuit) and Paul Bowden (Tift Circuit) are the ones with authority to now speak about the case.

By phone, Rigby told WMAZ he cannot ethically speak about the case or evidence prior to trial.

So far, no trial dates are set for Duke or Dukes.