The operator of the boat was arrested for BUI, a Dept. of Natural Resources spokesperson confirmed. 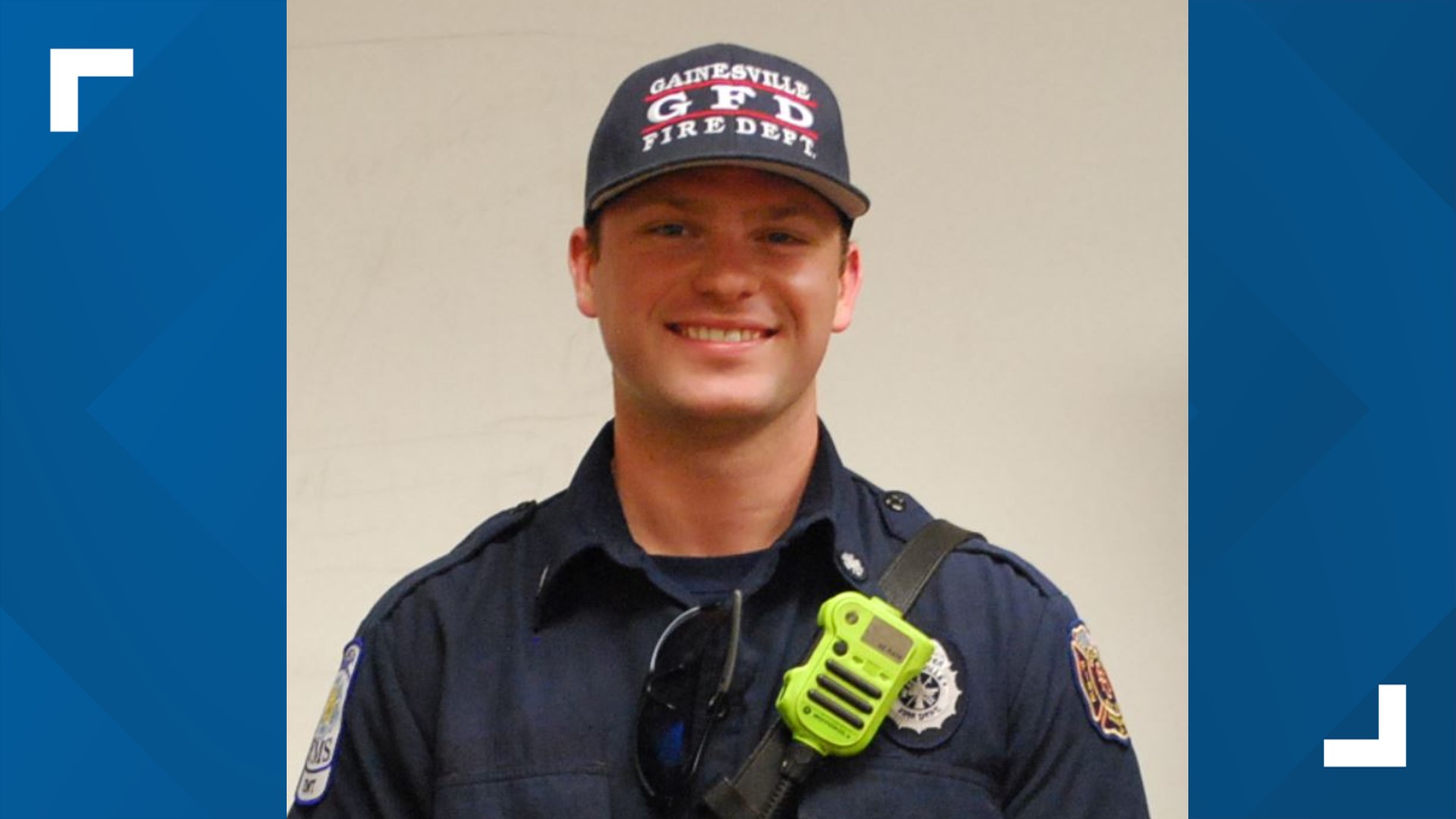 GAINESVILLE, Ga. — The Gainesville Fire Department said on social media that firefighter and EMT Chandler Patterson "brought smiles to everyone around him."

Patterson died in a tragic boating accident on Lake Tugalo in Rabun County Saturday evening, while spending time off with his family and friends, the department announced.

The 27-year-old had only been with the department for two years. He married his bride on June 5 - just three weeks prior to the tragic accident.

Mark McKinnon, a spokesperson for the Georgia Department of Natural Resources (DNR), said that Patterson and another person were on a tube in the water and being pulled by the operator of a bass boat on Saturday.

RELATED: Firefighter who died in boat accident was a newlywed | 'He was so excited to marry the love of his life'

Patterson, who was not wearing a life jacket, fell off the tube, McKinnon said. The operator of the boat turned around to pick him up and "possibly ran over him in the water."

McKinnon said Patterson's body was located and recovered by the Oconee County, South Carolina dive team in 117 feet of water around 12:30 p.m. Sunday.

Flags at each fire station in the city will be lowered to half-staff "in memory of a great person, great firefighter and great friend," the department wrote.

The investigation in the accident remains ongoing by the Georgia DNR Critical Incident Reconstruction Team.

Hundreds of people have offered their condolences on the social media post, including Steven Ciraulo who wrote: "Tragic loss! Thoughts and Prayers for family and friends."

"We ask that you keep his family, and his fire family, in your thoughts and prayers during this difficult time," the department wrote.