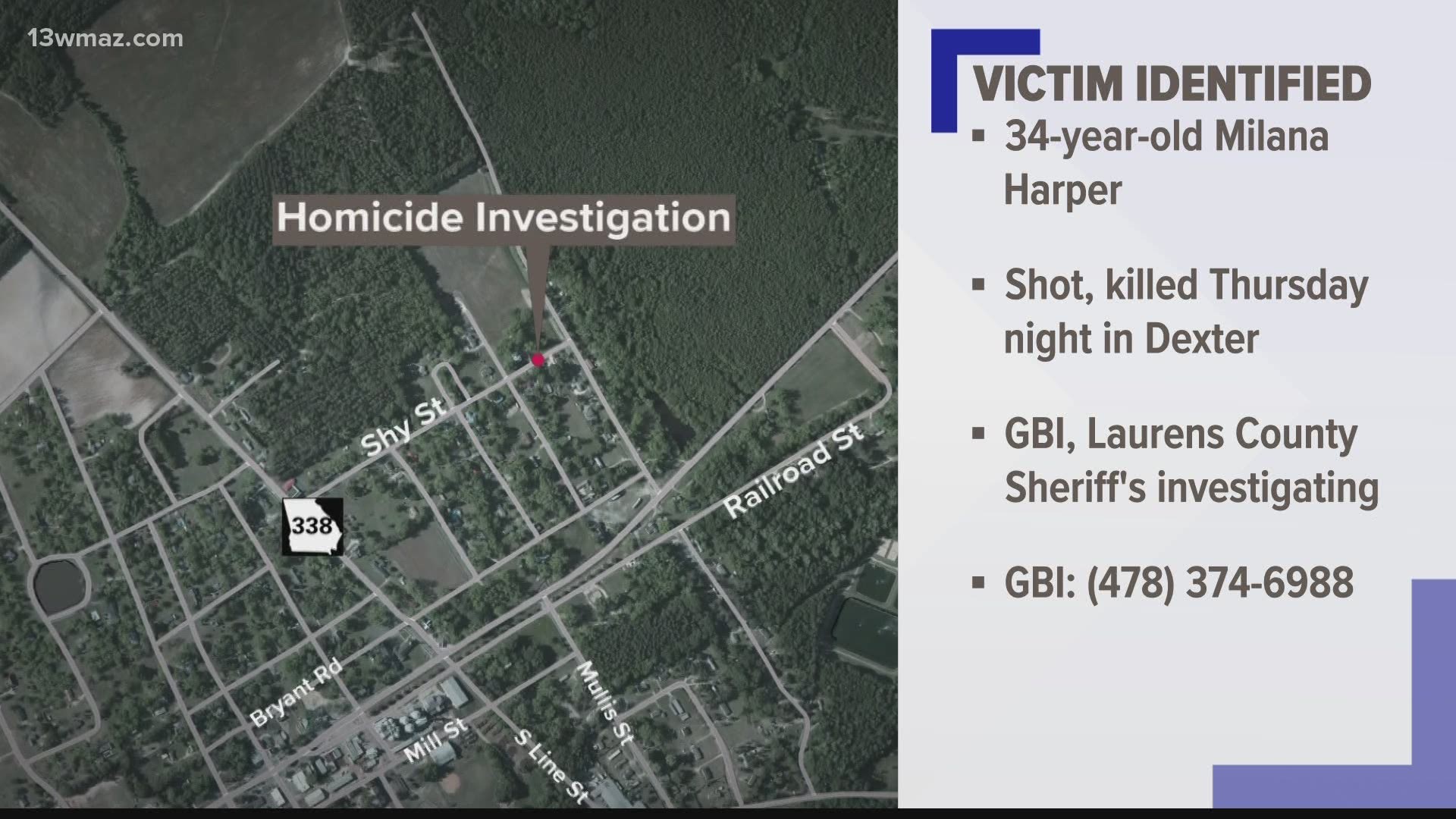 DEXTER, Ga. — The Laurens County Sheriff’s Office and GBI are investigating after a woman was shot to death Thursday night.

According to a news release, it happened at a home on Shy Street in Dexter around 10:30 p.m.

Deputies arrived on the scene to find that 34-year-old Milana Harper had been shot.

She was taken to Fairview Park Hospital in Dublin, where she later died.

Ready for the second stimulus check? Here's the potential timeline