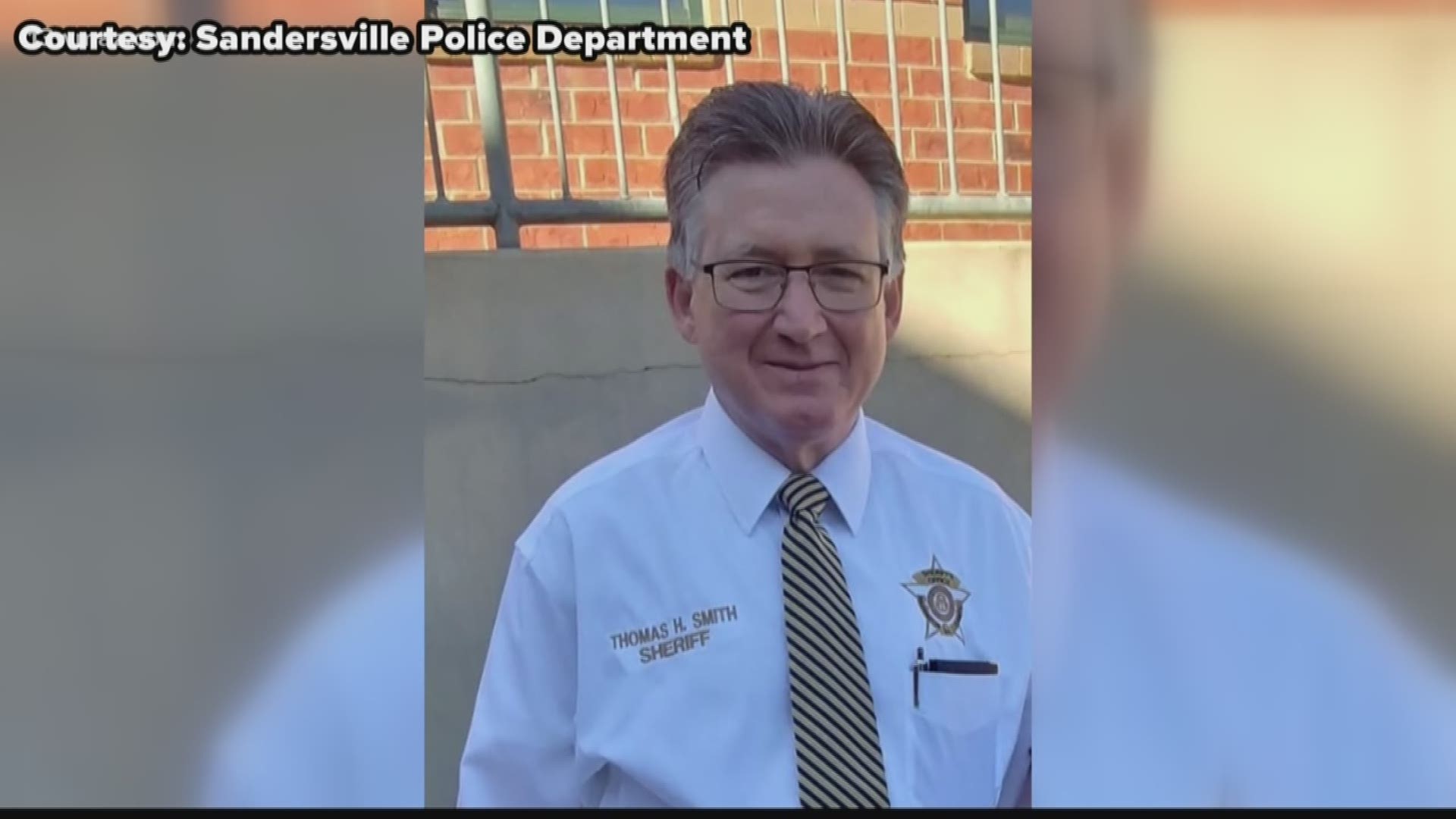 According to Washington County Coroner E.K. May, Thomas Smith’s funeral is set to be at 11 a.m. on Thursday at Tennille United Methodist Church.

Visitation will be from on Wednesday from 4 p.m. to 6 p.m. at Oak Lodge on Highway 68 North in Tennille.

Smith will be buried in Zeta Cemetery. The funeral is open to the public.

They say Smith died from a self-inflicted gunshot wound at his Tennille home over the weekend.

The GBI was requested by the Washington County Sheriff’s Office around 8 a.m. Saturday.

He earned a bachelor's degree in criminal justice from Georgia Southern University in 1984, and a masters in public administration from Columbus State University in 2004. During his time as sheriff, Smith organized the county's first K9 unit and a neighborhood watch program as well.

The Sandersville Police Department expressed their condolences in a Facebook post Saturday, thanking Smith for his years of 'service and dedication.'

"There will forever be a void in our law enforcement family," the post said.