Over 1.1 million Georgia voters went to the polls for the June election and the Secretary of State's office expects three times that number to vote this fall. 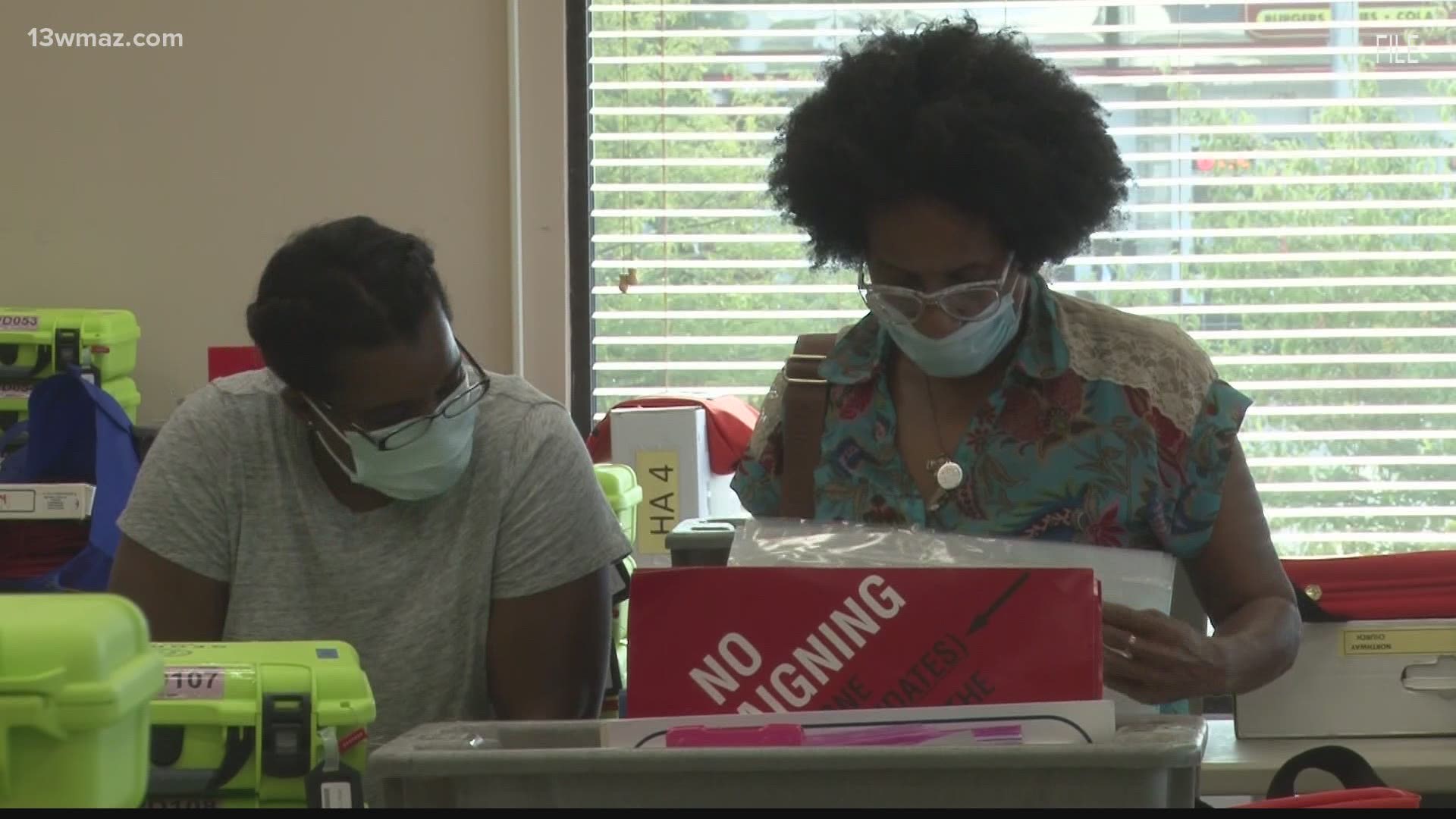 HOUSTON COUNTY, Ga. — Election day is less than 10 weeks away, and counties across Georgia are trying to make sure their poll workers have what they need, including protective equipment.

Over 1.1 million Georgia voters went to the polls for the June election and the Secretary of State's office expects three times that number to vote this fall, so they want to keep poll workers safe.

To do that, the Georgia Emergency Management Agency is sending in more supplies.

They're also sending out 11,000 gallons of hand sanitizer.

Mike Kaplan with the Bibb County Board of Elections says they had problems getting poll workers in June, due to the pandemic, but during the runoff in July, he says people came back.

"Every poll worker that we needed was there. We were able to get some new poll workers and we were OK," says Kaplan.

Andy Holland with the Houston County Board of Elections says they were lucky they didn't have that problem.

"We're obviously going to use more poll workers in November than we did in June, just because, you know, it's the big election."

"I can assure you that our poll workers will have enough PPE equipment to protect themselves and protect the general population while voting."

"From the last election to this one, it's been an enormous help, the PPE they've been able to get us. The hand sanitizer and the alcohol wipes... it really did help us out a lot," he says.

Both Kaplan and Holland say they should find out soon how much of the equipment will go to Bibb and Houston County.