From the Atlantic Coast to the mountains, there's a lot to do and see in Georgia. On Fridays, Anchor and Reporter Suzanne Lawler is taking you into wild places around the state you've probably never been to in her four-part series "Georgia Adventures."

If you're into stargazing, the darkest city in the state and even the southeast has you covered.

Sharon, Georgia in Taliaferro County is what you would call a one-horse town, with a population just over a hundred folks.

"Sharon, at one time, had over 40 stores here, and with the end of cotton and people moving away to find jobs in the city and so on, it died," said Renee Brown.

"We have no business, and there are no commercial lights," Brown said.

The skeletons of the past still stand, but there is a silver lining.

"I grew up in Atlanta, and I never really thought about astronomy and the stars and so on, and you come out here, and look at the sky at night, and it's another world, and it's fascinating, and it's beautiful," she said.

RELATED: Off the Beaten Path: Lake Tchukolako in Wilkinson Co.

In 2006, a group of folks from Atlanta bought a large tract of land and named it the Deerlick Astronomy Village.

"I always tell people that it's astronomy, not astrology. We are not the people that dance naked in front of the moon; we just are semi-scientists," said Jane Kuehn, who lives at the village.

Folks that live out there take star gazing seriously. There are 26 plots of land that cost homeowners at least $35,000 a piece.

Many homes have retractable roofs.

"This one you're pointing at here is a Richie Crichton telescope, I do mainly imaging, so you see the main telescope here here, it's a 10-inch, which basically means you have a 10-inch diameter mirror in the back," Daniel Ford said.

Ford took up astronomy as a kid, and as an imager, he's able to capture the moon in all its glory.

"So you see quite a number of the craters as well as the seas," Ford said.

Dan Llewellny is a deep space imager too, and his photographs are stunning.

"This is where a lot of the new stars are born, there's all sorts of stellar nurseries all throughout the galaxy," Llewellny said.

"This is Messier 31, which is our neighboring galaxy," he said.

These guys use really expensive equipment, but you can achieve this image with a DSLR camera or a high-end still photography camera. 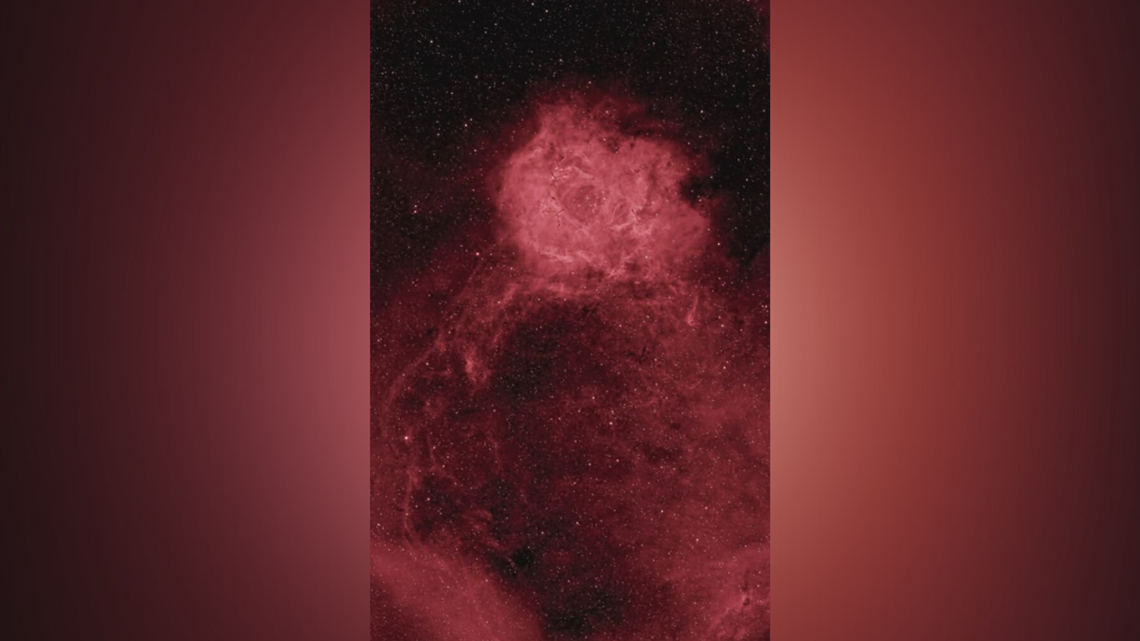 The village does have two open houses a year for you to check them out. No matter what kind of gear you bring, there is a magic to seeing the night sky like few have ever seen it.

"You feel sort of really connected to the universe," he said.

You can learn more about the Deerlick Astronomy Village on their website.

Check out the last Georgia Adventures story, where Suzanne headed out to rural Georgia for a guided, high-tech hog hunt.

RELATED: How you can go on a guided, high-tech hog hunt

Join us next Friday, Feb. 14 on 13WMAZ Morning at 6 a.m., where Suzanne checks out one of the Seven Natural Wonders of Georgia.

You can find the Deerlick Astronomy Village in Sharon in Taliaferro County, Georgia.

It's about an hour and 45 minutes from Macon and Dublin and just over two hours from Warner Robins and Cochran.