Georgia artists and owners wrote and signed a letter to Georgia senators asking them to vote in favor of two acts. 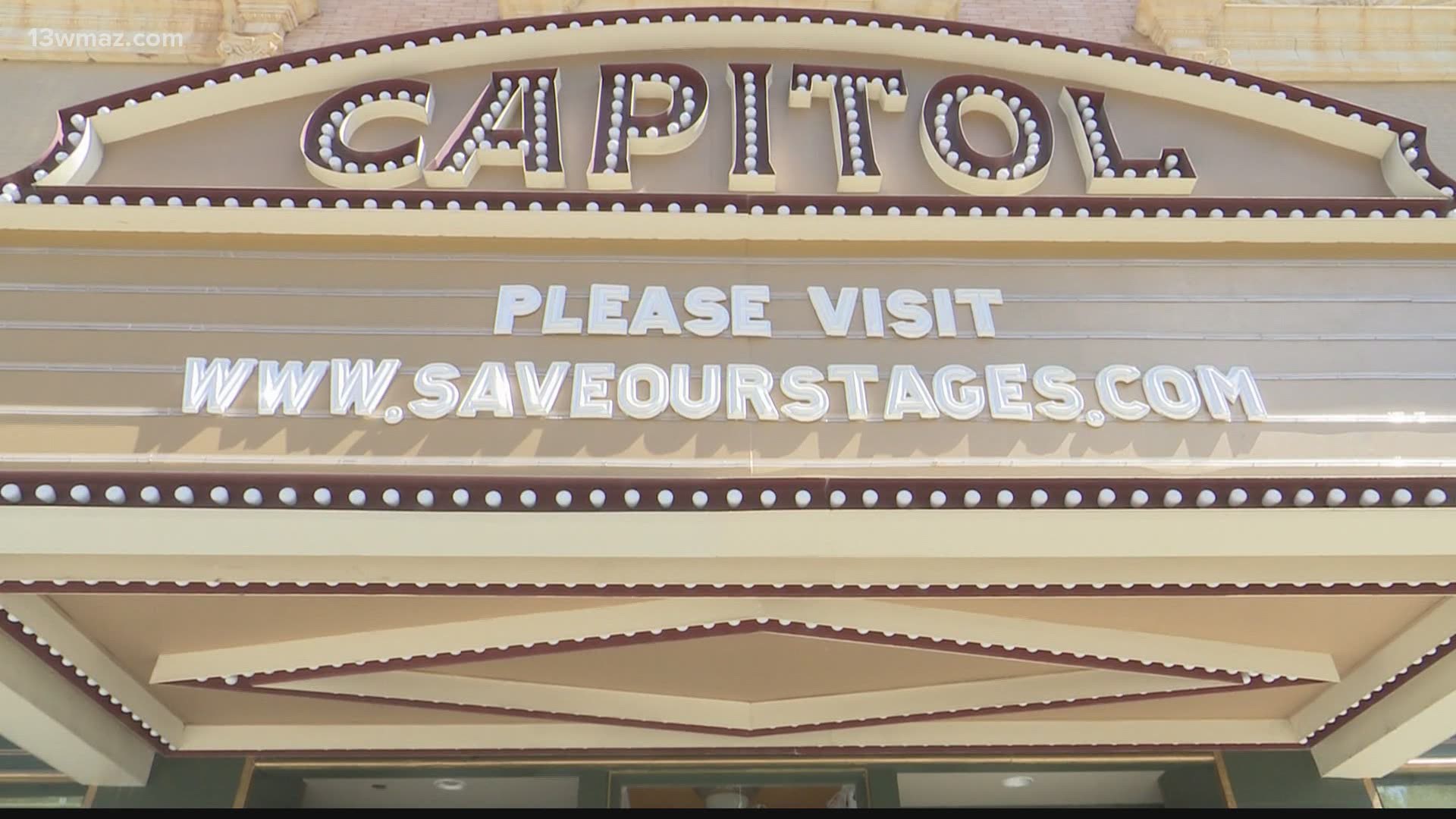 MACON, Ga. — Entertainers and venue owners are hoping that the United States Senate passes the "RESTART Act" and the "Save our stages act," which will provide venues and stages with the financial assistance needed for them to re-open.

Georgia artists and owners wrote and signed a letter to Georgia senators asking them to vote in favor for these acts.

"It's not been a good situation for me as well as other people, but we're making the most of it and getting through it," Manger at the Hargray Capitol Theatre Hubble Beasley said.

Beasley says that his business has been closed for six months now and was hit hard because of the coronavirus pandemic.

"It's been a big toll on everyone industry wide because you're not doing anything, you're sitting around just waiting. There is an uncertainty of when you'll go back to work," Beasley said.

He says if these acts are passed, they will not only save his business but a lot of others.

Allied Arts Executive Director Brian Renko says that if it is not passed, things won't look to good for the entertainment industry.

"A lot of these theaters would permanently close and a lot of jobs would be lost. A lot of artists would really suffer," Renko said.

He also says that educational systems will be affected because students won't have fine arts programs.

Both Renko and Beasley have a message for Senators Kelly Loffler and David Purdue.

"The economic impact of venues being shut down hurts the whole community, we would like to say to them, 'can we get some support to get people back to work and get the venue back open,'" Beasley said.

Hubble says that if it isn't possible to get the venue back open, he'd like to ask for financial support for the people who aren't working so that they can pay their bills and feed their families.