Photographer hit in Georgia-Auburn game out of hospital 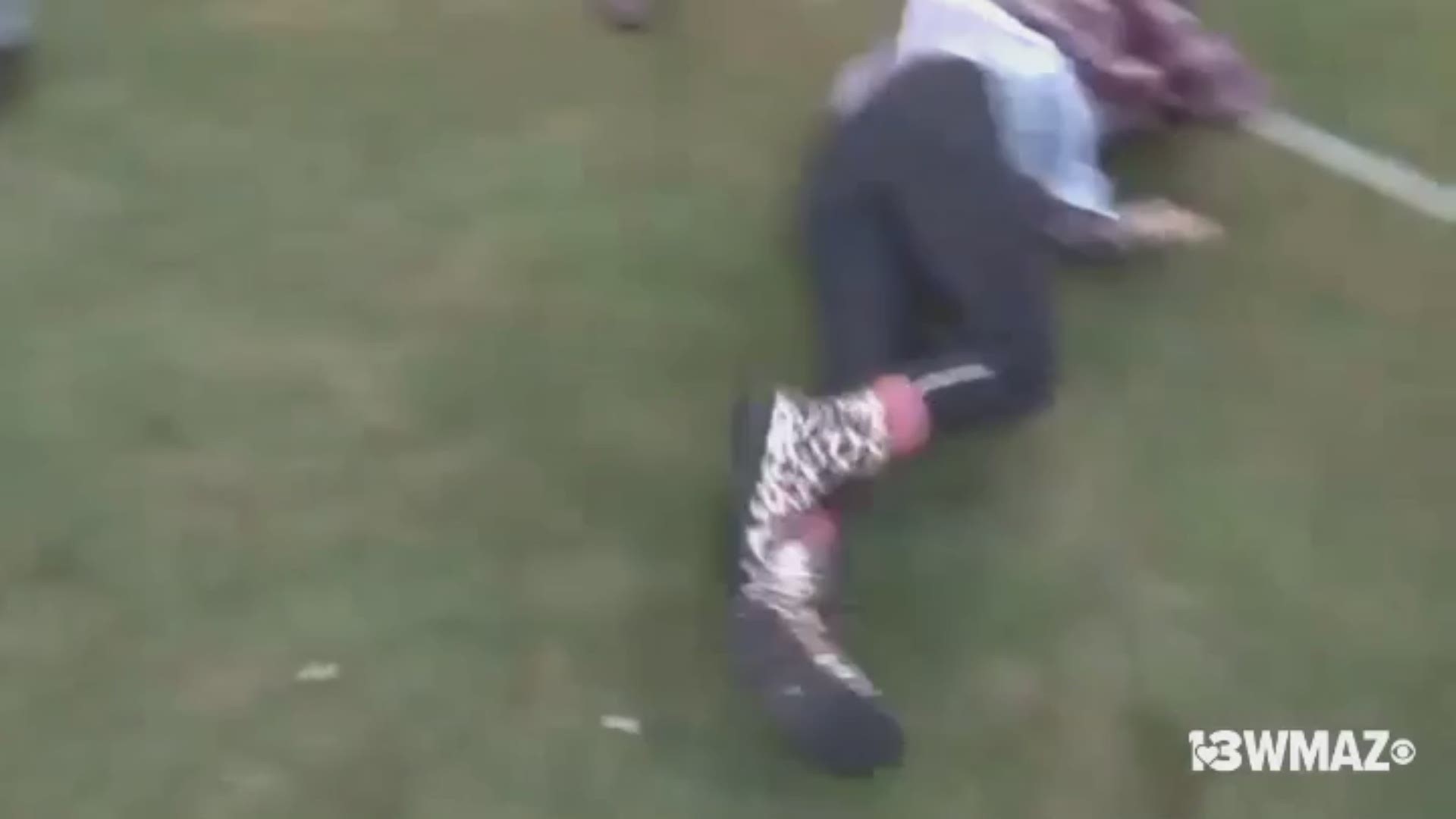 AUBURN, Ala. (AP) — A photographer who was treated at a hospital after she was hit on the sideline of the Georgia-Auburn game Saturday and carted off the field is out of the hospital.

A Georgia statement said Chamberlain Smith was sent to East Alabama Medical Center in nearby Opelika.

The school didn’t specify Smith’s injury, but said she was released from the hospital late Saturday.

A photography intern for the University of Georgia Athletic Association and Georgia graduate, Smith was hurt when Bulldogs running back Brian Herrien ran into her several feet off the sideline late in the second quarter.

Smith was kneeling down to take a picture and appeared to get hit in the head by Herrien’s knee.

13WMAZ's Marvin James was standing right beside Smith when she was hit and captured video of the incident. He said he talked with her just two plays before about sideline safety.

He said it was a scary situation, because of the loud noise it made and Smith appearing immobile after the hit. James can be seen standing next to her in several photos and videos.

Credit: AP
Georgia running back Brian Herrien (35) runs out of bounds and into a photographer during the first half of an NCAA college football game against Auburn, Saturday, Nov. 16, 2019, in Auburn, Ala. (AP Photo/Butch Dill)

“It was really a scary moment,” Smart said. “Brian felt very sick about it. It was a tough deal, but hopefully she’s going to be OK. I think she is.”

Smith drew immediate medical attention and was down on the ground for several minutes. She had her eyes open, along with a bruise above her eye, when she was taken off on a stretcher.