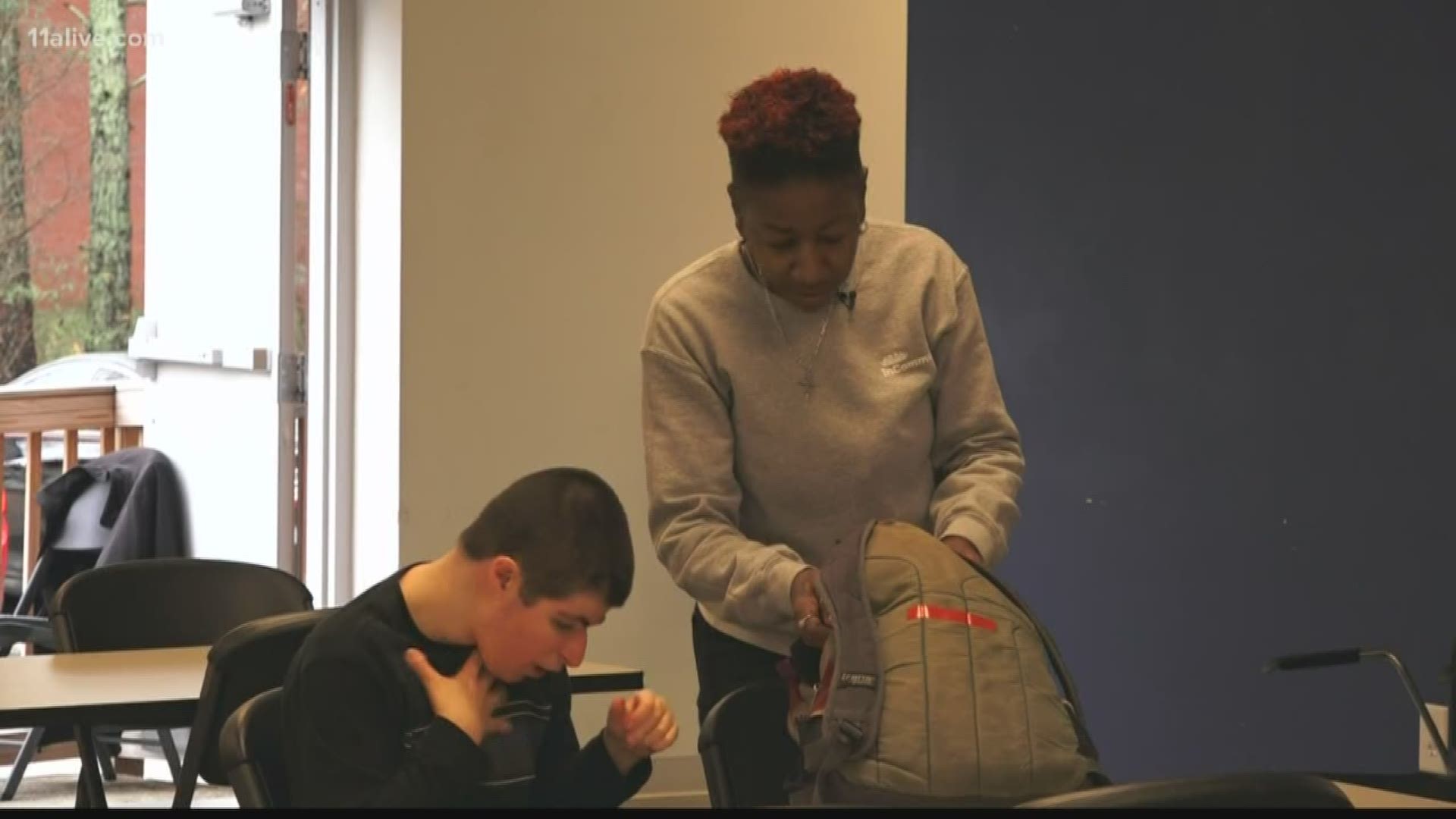 ATLANTA — Hundreds will head to the state Capitol, Thursday, to advocate for higher pay for Georgia caregivers.

According to They Deserve More Georgia, a statewide coalition of supporters of people with developmental disabilities, caregivers make less than fast-food employees in the state.

Zauner is the community relations manager for In Community, a disability service organization. She said the organization's direct service professionals (DSPs), provide care and services for people with disabilities and their families.

The job alone is demanding. But, with such low pay, many have to take second and third jobs.

“They’re the ones that provide care and support for the families, so if they’re worried about all these other things, that might be missed," said Zauner.

"You have to have a heart for this. I chose to do this. This is my passion over a paycheck," said Aleatha Banks, a program instructor for the organization's day program.

She called her life a gift to others and said it's her calling to help people every day.

“When you love what you do, you never get tired," she said. "And you never work a day in your life," Banks said, then added. "You get attached to these special people. And they are special.”

She and others teach clients independent and social skills.

“If I could do this job and not get paid, I would. But, I can’t afford to not get paid. As a single mother, my roles are many.”

“We have to eat. We have to be comfortable," she said matter-of-factly.

The turnover rate in Georgia for these caregivers hit nearly 40 percent in 2019.

As the support manager for the day program, Burch has seen hardworking people leave for jobs paying just one dollar more.

“We become the in-the-meantime job. Oh, I’ll work here until I find something more.”

If a caregiver leaves, the quality of care could drop or families would have to miss work.

“It’s like a domino effect. It knocks it completely down,” Burch said.

There are about 58,000 of these caregivers in the state. Governor Brian Kemp asked all Georgia agencies to make four to six percent budget cuts.

How do these agencies plan to make cuts but, at the same time, ask for more money?

Advocates said they can’t afford to not ask or, at the very least, start the conversation about raises.