Students plan to plant over 1,500 daffodils across Georgia College's campus in remembrance of those that lost their lives during the Holocaust 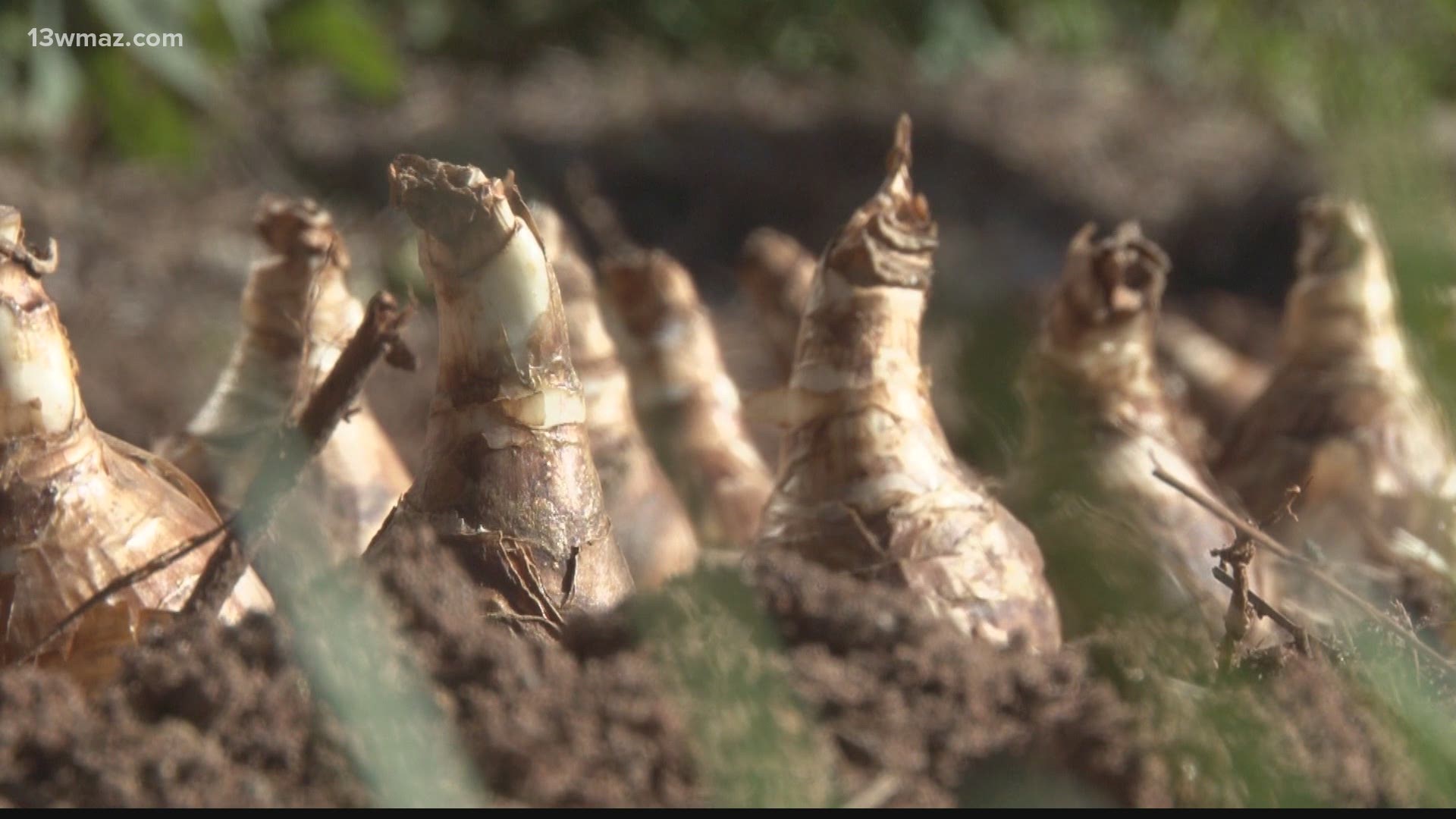 MILLEDGEVILLE, Ga. — Tuesday morning, Georgia College students began planting daffodil bulbs outside of the Old Baldwin County Courthouse in memory of the over 1.5 million children who lost their lives during the Holocaust.

The planting is in partnership with The Daffodil Project, an initiative whose goal is to plant 1.5 million daffodils around the world.

On Georgia College's campus, 1,500 flowers will be planted in front of the courthouse and the Hillel House.

The bulbs will bloom into yellow daffodils in the Spring, representing resilience.

The flowers color and shape also resemble the yellow stars Jewish people were forced to wear.

"It's striking," says Daffodil Project ambassador Mike Weinroth. "That yellow flower, no matter how cold it's been, no matter how harsh the winter has been, emerges out of the ground and it's inspiring to see."

Weinroth says preserving the memory of these people and the horrible events of the Holocaust is crucial to making today's society better.

Student, Ashley Smith, has a similar take on the importance of The Daffodil Project.

"People want to forget bad things that happened," says Smith. "People have to feel that loss and feel that pain with everyone else so it's not just brushed under the rug, so something like that doesn't happen again."