Right now, Georgia averages more than five times as many new cases than in September. 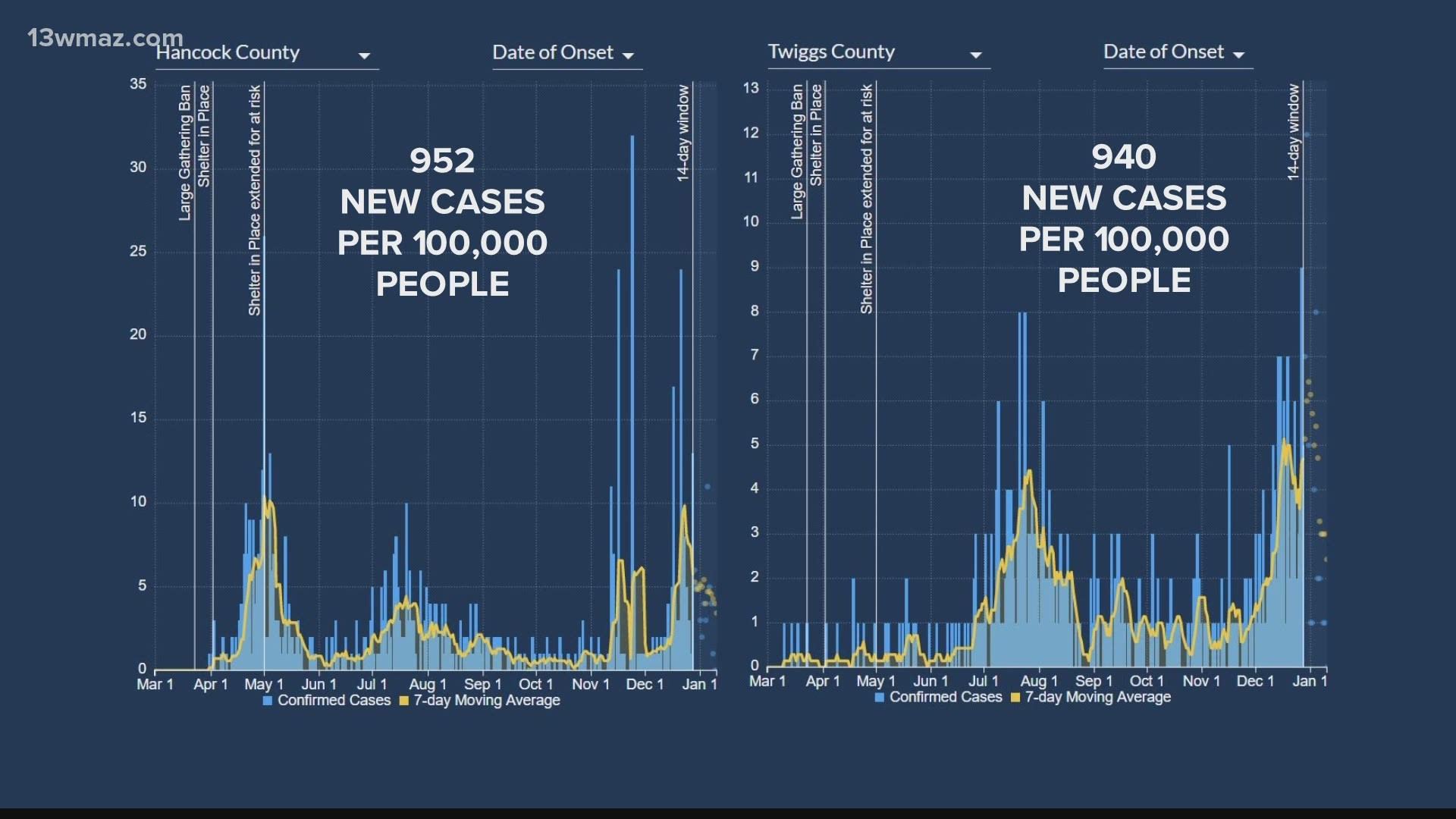 Just days before on December 28, the state added more than 8,500 new cases on that day alone, which is the highest since the start of the pandemic.

These numbers fall in and just outside of the state's two-week preliminary data window, so these tallies are likely to climb even higher as the state records more test results.

At the previous peak in July, the state averaged 4,445 new cases a day. Back in April, the highest recorded average was 782. That means both peaks combined do not measure up to levels in the state right now.

Georgia's rise in cases isn't new. The state's case curve started trending upward at the end of September, and in about three months, numbers climbed by more than 500%.

On the first day of the year, Houston County averaged almost 92 new cases a day. That is 10x higher than at the end of September and almost double the peak in July at 51. Just days after Christmas, the county reported its highest daily increase with 137 people reporting sick.

Meanwhile, Bibb County closed out 2020 averaging almost 84 new cases a day. Unlike Houston, Bibb had a much higher peak over the summer, averaging 112 new cases a day in mid-July. However, these latest numbers are still more than 7x higher than what Bibb saw three months ago.

Hancock and Twiggs counties have the highest infection rates in central Georgia at 952 and 940 cases per 100,000 people in the last two weeks. That is almost 10x higher than the threshold of what is considered substantial spread.

Numbers show a larger number of people with COVID-19 are ending up in the hospital. Right now, the state averages 307 new patients a day, which is the highest average reported throughout the entire pandemic. On Wednesday, January 6th, 611 people were hospitalized, making it the highest single-day increase so far.

Credit: WMAZ
Georgia could be in the middle of its longest decline in COVID-19-related deaths since September.

Deaths tied to COVID-19 started to drop near the end of December and that trend has carried into the new year so far. Much of it still falls within the preliminary data window, so this could change. If it doesn't, it would be the longest decline in COVID-19-related deaths since September.