Georgia Department of Labor said they may ask people on unemployment benefits to show they're actively searching for work in June or July. 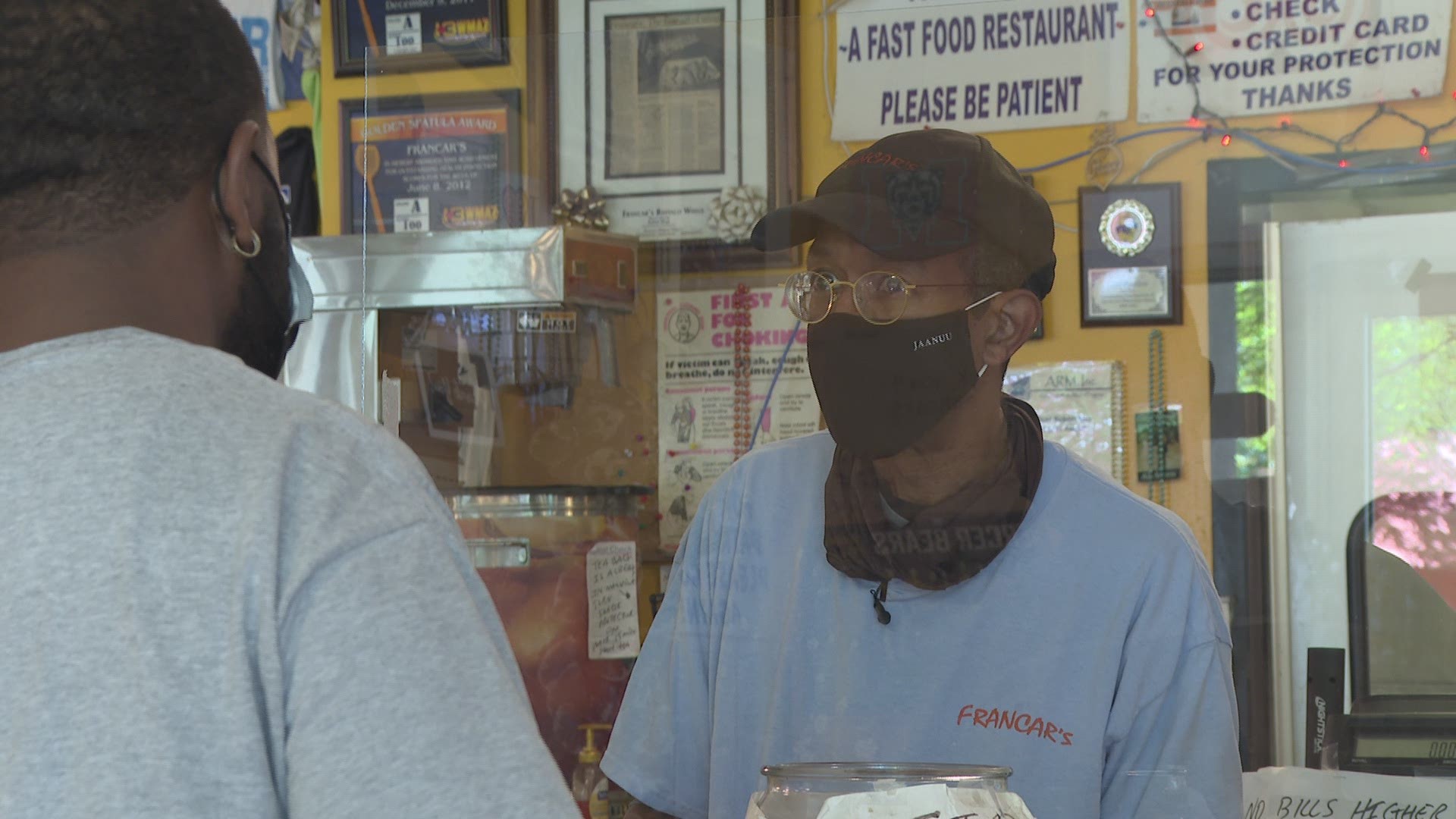 MACON, Ga. — Georgia Department of Labor said within a couple months they may ask people on unemployment benefits to show they're actively searching for work. They've waived that requirement over the past year during the pandemic.

The possible change comes as many short-staffed restaurants are trying to get back to normal.

Carl Fambro has owned Francar’s Buffalo Wings since 2009, and now he's had to take on the role as cook and waiter.

“I'm back to standing over the fryers,” said Fambro.

That's because he's dealing with a severe staff shortage, just like so many other businesses in Central Georgia. He said he's had to stop his food-truck operation because he's too short of people.

Fambro said it's due to increased unemployment benefits during the pandemic, which he says is important for the economy, but costing his business.

“The flipside is that it's killing businesses that are service-oriented.”

“It's a consistent theme I hear from them -- they can't get help.”

Walker agrees the unemployment benefits have hurt the service industry.

“Some people are making more money at home than they are working,” said Walker.

“I think we need to get everybody back to work, there's plenty of opportunities out there.”

For now, Fambro is using digital phone orders to fill the lack of a wait staff.

“It's worth it to me because I can keep working on orders, not have to come out and take someone's money,” said Fambro.

He doesn't think they'll ever have 17 employees again, but thinks next year they'll have enough to bring back the food truck.