If passed, convicted defendants could face up to five years in prison for stealing a package. 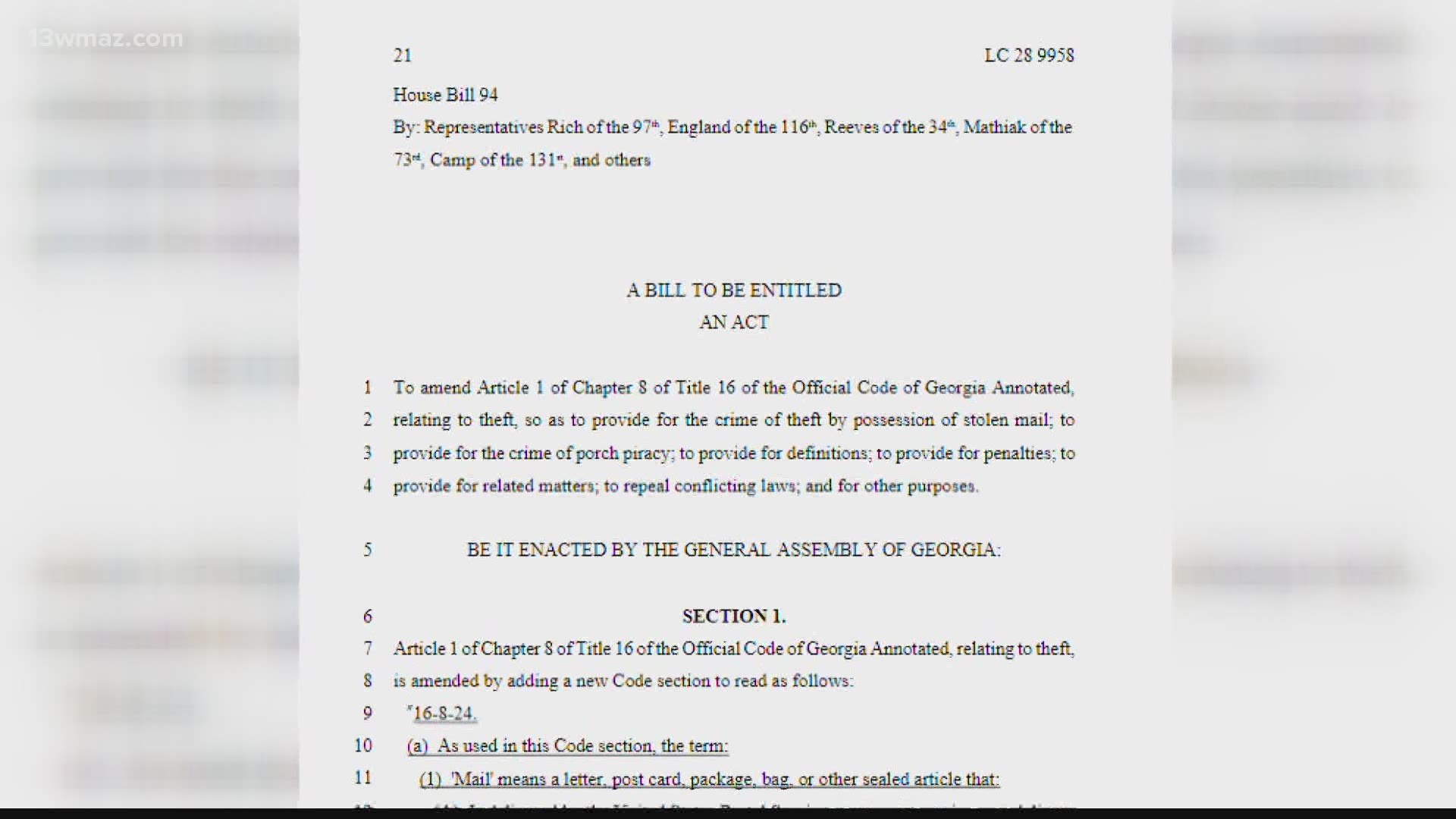 MACON, Ga. — Georgia's lawmakers are trying to keep your packages safe from thieves. The state's House of Representatives just approved a bill that would make porch piracy a felony.

Wes Noble was living on Macon's College Street back in October, when a porch pirate struck.

“When somebody steals from you, you feel vulnerable for a while, and it takes a while to kick that,” said Noble.

A ring camera caught the thief in action, and in broad daylight.

As COVID-19 took over, so did online shopping; which meant more packages at your front door.

According to Major Brad Wolfe of the Bibb County Sheriff’s Office, the reports of porch theft has gone up during the pandemic.

The charges against a porch pirate currently depend on how much was stolen.

Georgia's House passed a bill that would make package theft a felony, no matter the value of the item stolen.

“The consequences of a felony now or then would be about the same, one to five years in prison,” said Wolfe.

Wolfe says the bill could be a great thing, if passed.

“I hope the fact that it's a felony, even if you steal a two-dollar package. would deter some people from doing it,” he said.

He shared some tips for keeping your deliveries safe.

“The best thing to do is keep an eye on your house, be on the lookout for it, or have it delivered to work.”

Noble says he’s changed his habits since the theft, sending packages to other places when they know they won’t be home.

He thinks the cost of what was stolen doesn't make a difference.

“Whether it was pack of pens or a PlayStation 5, it still stinks.”

It now moves to the Georgia Senate for a vote.