Drivers beware, if convicted of driving under the influence a new Georgia law could require you to use a device that could stop you from starting your car. 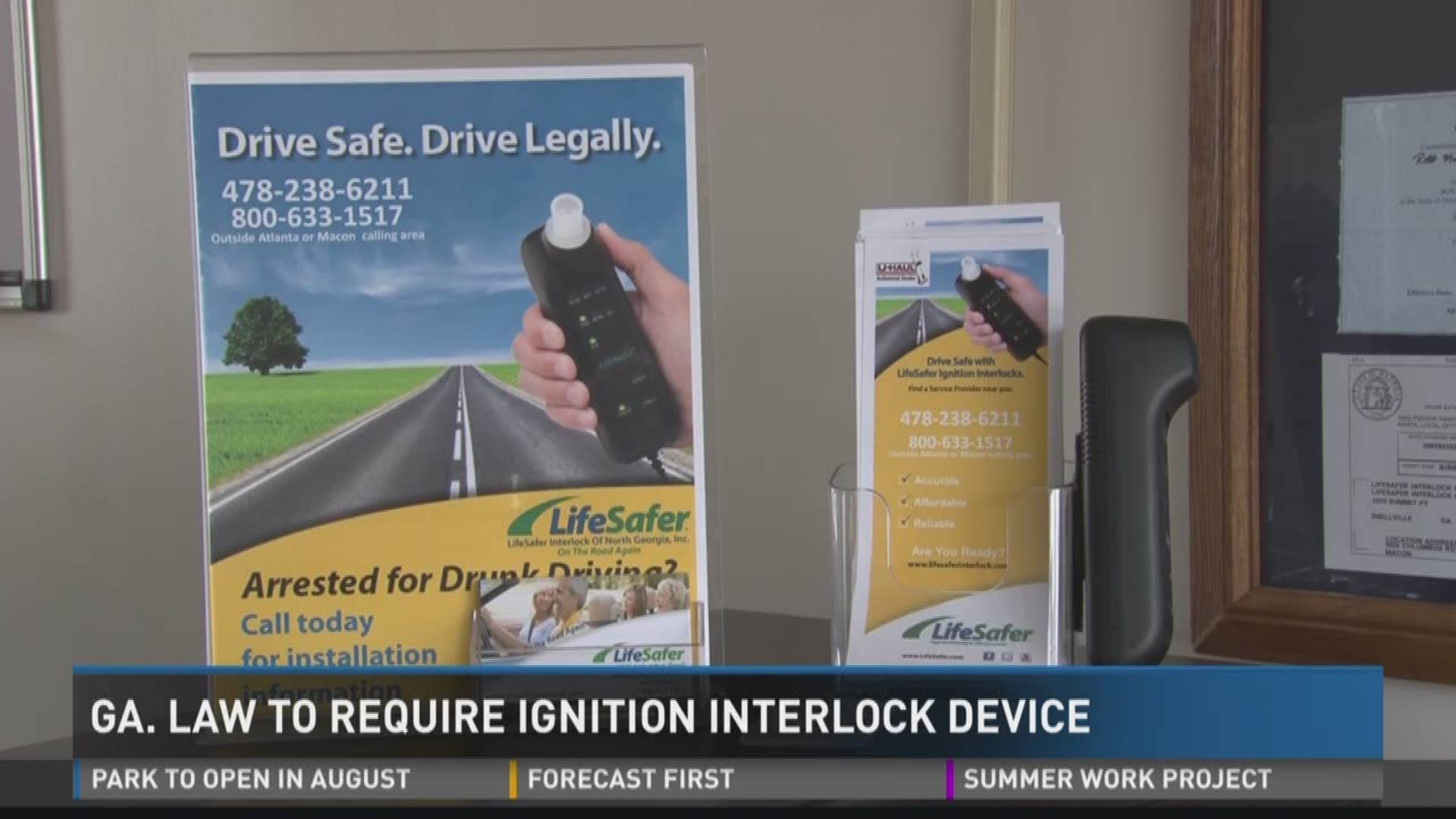 Drivers beware -- if convicted of driving under the influence a new Georgia law could require you to use a device that could stop you from starting your car.

It is called an ignition interlock device. According to Mothers Against Drunk Driving, these devices have kept 2.3 million drivers off the road nationwide.

"What the new law is going to do is give first-time offenders the option of using the ignition interlock device and that can alleviate some of the penalties in court, so they can choose to have the device rather than go through a year suspension of their license if they're found guilty and things like that,” says Captain Brad Wolfe with the Bibb County Sheriff’s Office.

He says you blow into the device to start the car and then have to do it every few minutes after that.

"Before they can crank their car, they have to blow into a Breathalyzer and give a sample that shows either no alcohol or whatever the set limit is. If they blow over that, the device will prevent the car from starting for a period of time,” says Wolfe.

According to the Department of Motor Vehicles, you are considered under the influence here in Georgia if your blood alcohol level is 0.08 or higher, but DUI attorney Keith Fitzgerald at Hogue and Hogue in Macon says the cost for offenders is enormous.

"An ignition interlock device costs probably about $100 to install, and then there's a daily maintenance fee of $2.60 or something like that on top of that original $100. By the time it's said and done over a four-month period, it's going to cost an extra $400 to a person who pleads guilty to a DUI,” explains Fitzgerald.

He says a DUI comes with a base fine of about $800 generally on your first offense in Georgia.

"When you add the base fine with all the add-ons on a DUI, you end up somewhere north of $1,600. So the DUI school's going to cost you a lot about $380 set by statute these days and then another $250 to get your license back,” says Fitzgerald.

A hefty price tag for those choosing to drive under the influence here in Georgia. The Mothers Against Drunk Driving President will be in Macon Thursday morning at the Chamber of Commerce to talk about the new law.