Jones says national issues like the border crisis, the crisis in Afghanistan, and the rise of gasoline prices have continued to engage people in politics. 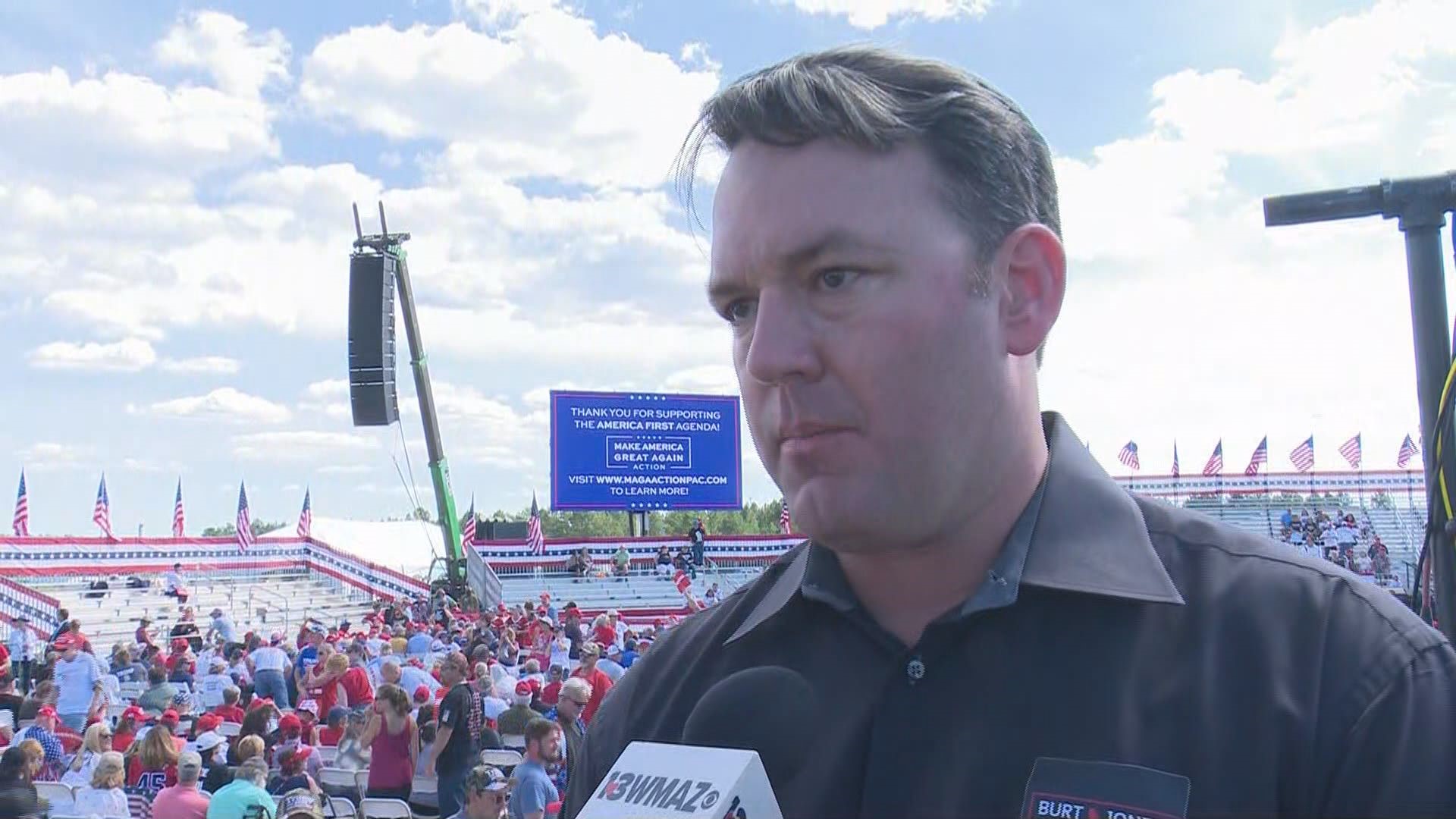 PERRY, Ga. — The 45th President of the United States, Donald Trump, and a host of candidates running in Georgia's 2022 elections are in Perry Saturday.

Before the main event, 13WMAZ reporter Ashlyn Webb spoke to Lt. Governor candidate Burt Jones. He says he was honored to receive an endorsement from Trump.

“I’m honored that President Trump is coming and endorsing my campaign for lieutenant governor. He’s coming because Georgia is on his mind and I think he’s coming to support those who have always supported him,” said Jones.

"I’m one of the ones that was with him early and stayed with him when everybody else was turning their back on him,” he said.

Jones said that he is glad to be able to speak with voters.

“I’m loving the fact that even though we had a situation where there were a lot of our voters that were upset with the election cycle; we got an opportunity to engage a lot more people,” he said.

He says that large national issues like the border crisis, the crisis in Afghanistan, and the rise of gasoline prices have continued to engage people in the political process.

As for his platform, he says that he wants to focus on election integrity, education, absolving state income tax, and staffing law enforcement offices.

“We need to get law and order back as a priority in this state,” he said. “You see what’s going on in the city of Atlanta right now, you got the residents of Buckhead wanting to split away from the City of Atlanta because crime has gotten so bad. We got to do things to help recruit, promote and retain law enforcement officers because it is happening there too in Bibb County, it’s a bad situation in Bibb County.”

The Democratic National Committee issued a statement on the rally. You can read it in full below:

“We’re not even going to pretend to be surprised at the incredible waste of time and money Donald Trump is putting into the roadshow he’s bringing to Georgia. After tanking our economy, contributing to hundreds of thousands of Americans losing their lives, and pushing a Big Lie that led to an assault on the Capitol and police officers, you’d think Republicans would recognize his toxicity and want him to fade into obscurity. Instead Republicans across the country, and especially in Georgia, keep kissing the ring of Donald Trump. They remain beholden to him, and continue to own his incompetence and divisiveness.

“There is no sharper contrast than Democrats fighting to bring our country back on track, lowering costs for families, and helping create millions of jobs while Republicans continue to kowtow to Trump, fight for the wealthy, and push reckless COVID policies.”