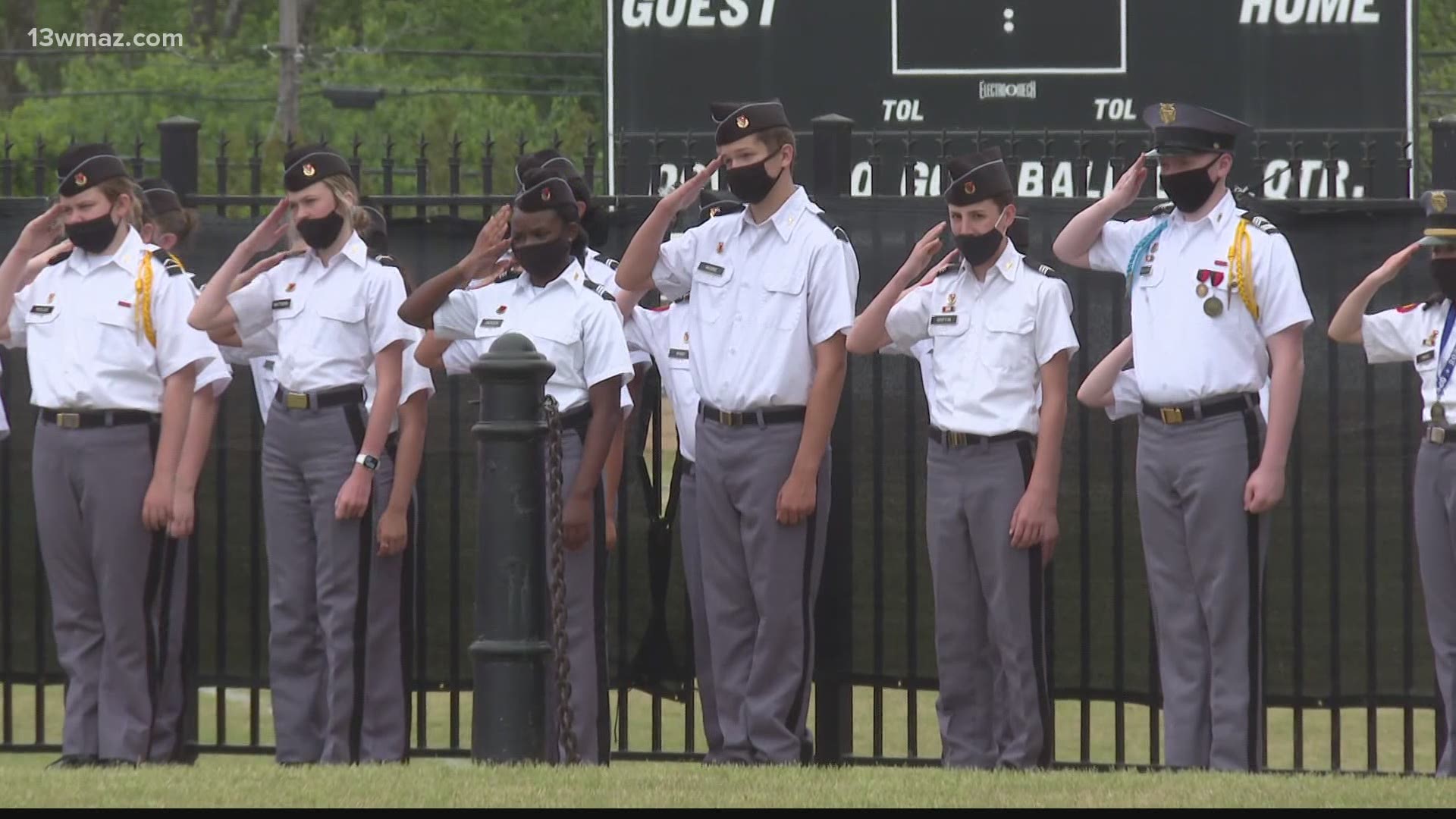 MILLEDGEVILLE, Ga. — From a former college president and an Army engineer to a World War II soldier who lost his life on the battlefield, Georgia Military College inducted three notable alumni into their Hall of Heroes on Friday.

This is the highest recognition for alumni in the Corps of Cadets.

"They went out and struck their lives such that they would live the ideals of duty honor country and character above all. They are your rallying cry," said Lt. Gen. William Caldwell, president of the college, to the students.

Lt. Gen. Max Noah, one of the three honored, graduated from Georgia Military College's high school in 1948 and went on to the United States Military Academy. Following that, he served 35 years as an Army Officer in the Corps of Engineers.

"He commanded Army Engineer units at all levels to include those in the 82d Airborne Division, the 3d Infantry Division and 2d Engineer Group in Korea, and the 18th Engineer Brigade in Vietnam," said a GMC press release.

Noah took part in multiple military construction projects including the Oahe Dam in South Dakota in the 1950s, flood control on the Upper Mississippi, and constructing airfields in the Negev desert in Israel after the Camp David Accords. The college says he also led analysis and financial programs at major Army headquarters, including the Pentagon.

Lt. Col. William Turner, another inductee, grew up in Milledgeville and graduated from the college in 1934. He went on to serve in World War, fought on D-Day, and lost his life on the battlefield.

"Near St. Come du Mont, they encountered heavy enemy resistance and LTC Turner jumped into a Sherman tank to personally direct the fire. Each time LTC Turner got in or out of the tank he exposed himself to enemy fire and tragically was killed during the battle," the release says. "Thanks to his heroic leadership, the battalion was able to move forward by destroying the German position."

The college also celebrated the life and service of former college president, Maj. Gen.William Acker, who served 33 years in the Air Force-- including two combat tours in Vietnam where he flew more than 211 combat hours.

Col. (Ret.) Patricia Griffins is Acker's daughter. She says she traveled all the way from San Antonio, Texas to watch the college her father loved so much honor his service.

The college says some of Acker's accomplishments as college president included bringing in more state funding for the school, adding sixth and seventh grades to the prep school, and increasing diversity. According to the release, Acker grew African American student enrollments from three to 18 percent during his tenure.

"He would be speechless. This is an amazing honor. This school meant so much to him," Griffins said, talking about the ceremony.

Quarterrio Baker, a student at the college, says learning more about alumni like Acker, Turner, and Noah reiterates the college's motto: "Start here and go anywhere."

"Hearing these stories tells me that me coming here, how endless the amount of possibilities are since I'm here. I can start and go anywhere as well," Baker said.