The building will house an 820-seat theater and lecture hall, and a large stage with an orchestra pit. 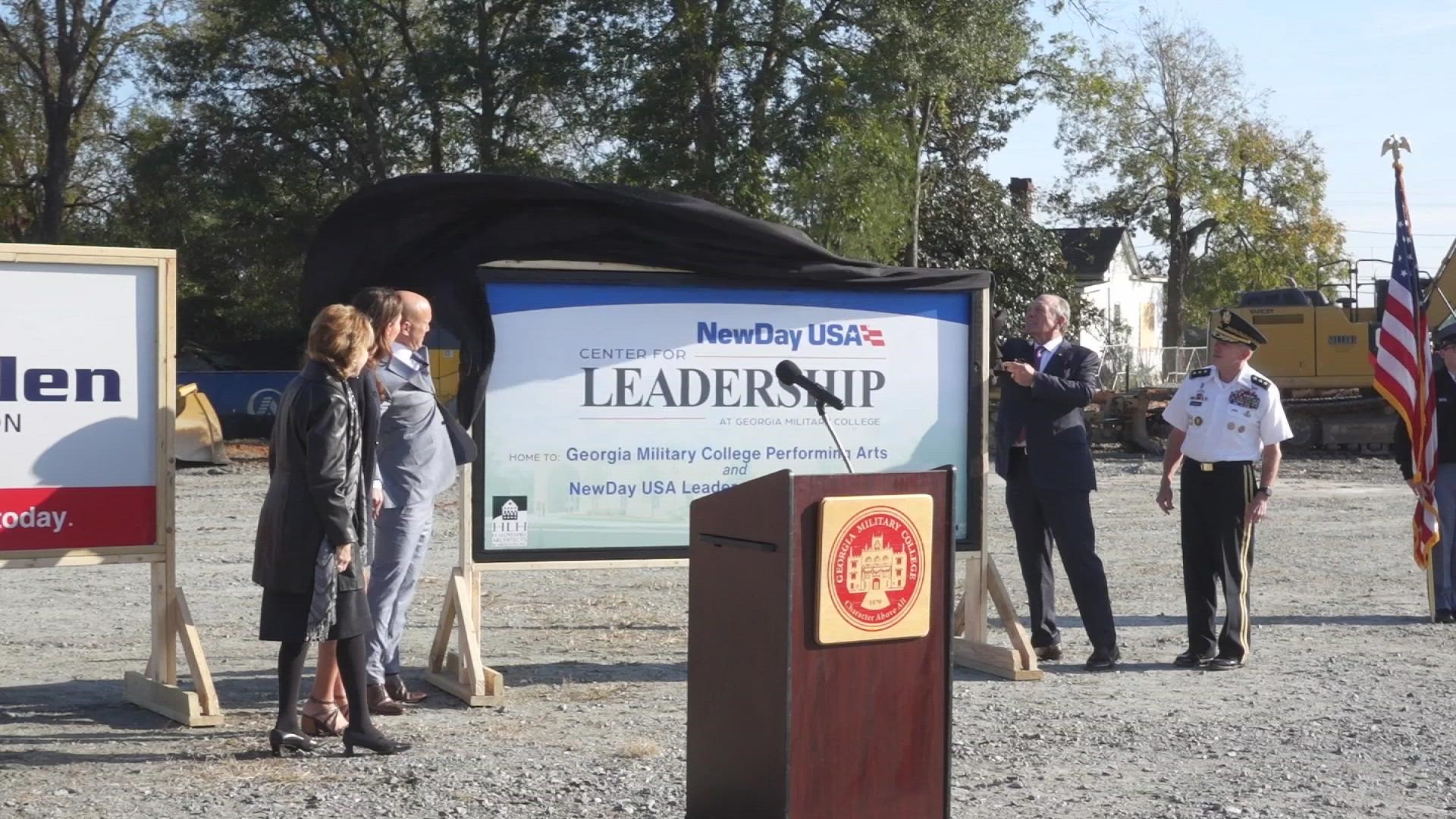 The Center for Leadership at GMC will house a Leadership Speaker Series, where "world-renowned" people will come speak four times each year.

"So that our students and staff can be exposed to the many different facets of life," said GMC President and Retired Lt. Gen. William Caldwell.

When it isn't being used by speakers, students will get to use it as a performing arts center. It will be a freestanding building of about 29,000-square-feet with an 820-seat theater and lecture hall, and a large stage with an orchestra pit.

It was made possible by CEO and founder of NewDay USA, Robert Posner.

"We're going to be building a world class center for leadership," he said.

He's excited to break ground and says kids getting to learn from successful people in public service, military, business, sports and arts will be "remarkable."

Caldwell says the performing arts program at GMC schools is K-12 and a big part of how the students gain leadership skills. He adds that the groundbreaking is "truly historic" for GMC and Milledgeville.

Prep School Principal Steven Greer says students will be eager to get into the building, where they can have a true performing arts theater to perform.

"It allows us to have literally state championship level one-act plays, and every one of our performances are just phenomenal. It's like being on Broadway," he said.

The new center will be located at 220 E. Greene Street.

'Someone could lose their life': Cameras installed near Baldwin High to catch school zone speeders