'Music is the tie that binds': Georgia artists meet in Macon to write song for veterans

The song is meant to unify people, and will be released on April 2. 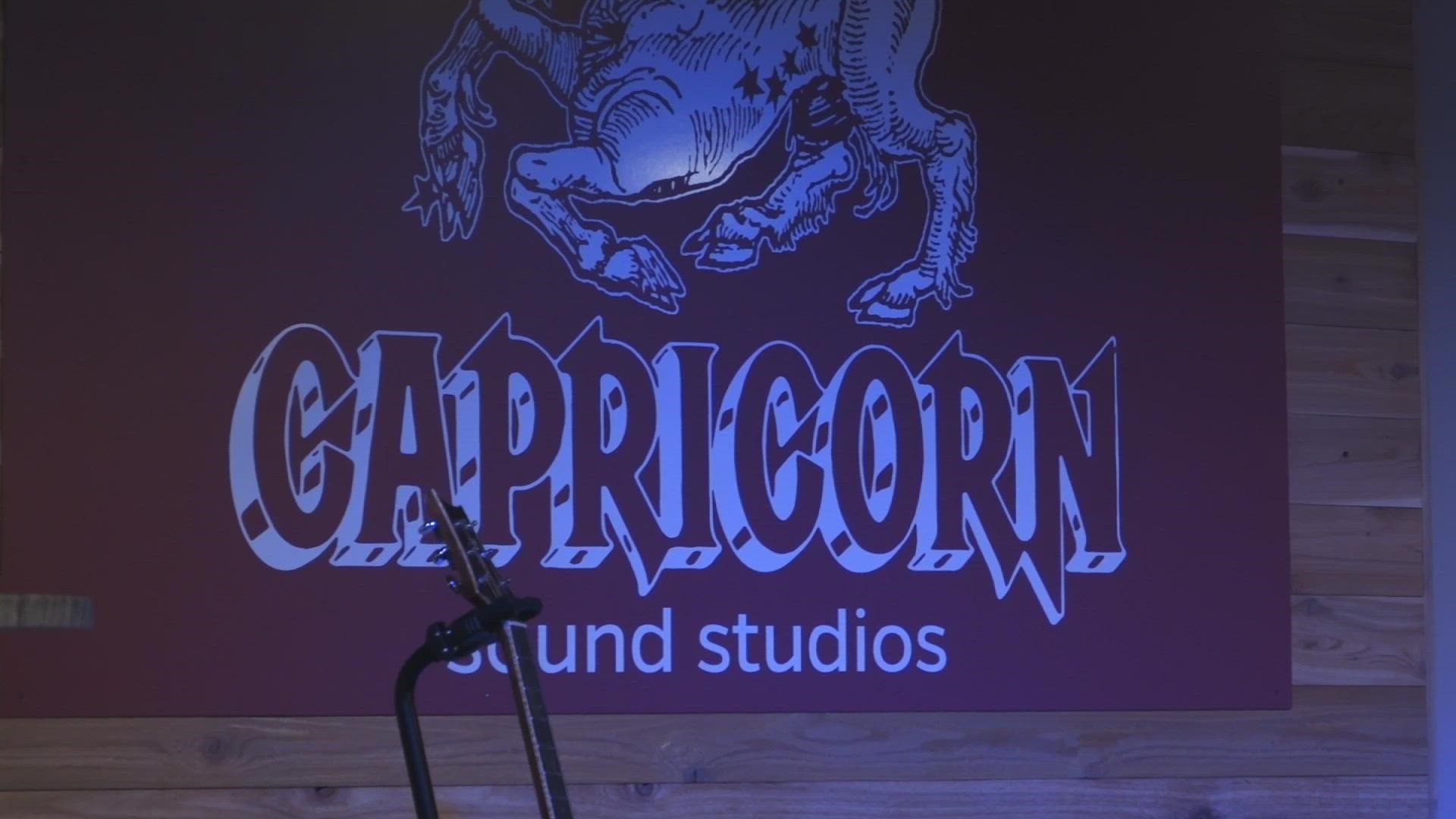 MACON, Ga. — A team of Grammy-nominated songwriters and musicians met at Capricorn Studios in Macon Monday to begin putting a patriotic song together.

It's for the first 'Honoring the Past, Promoting the Future' event planned for April 2 at Luther Williams Field.

The purpose of the event is to raise money for a JROTC scholarship fund to be donated to the Georgia Military Veterans Hall of Fame. It will help Georgia high school cadets that enroll in Georgia colleges and plan on enlisting into military service in the future.

Servants Task Force CEO Steve Rodgers says the goal of the organization has always "been about veterans." The scholarship will be named in honor of legendary UGA football coach Vince Dooley.

"His life's work has been to support youth... he is a proud American, proud veteran," said Rodgers.

Rodgers says they would like to call the event "Macon It Happen."

"This country needs more heroes. We've always been a country of heroes. Now, it's time to help the next generation find their places," he said.

At the event in April, a song written by Georgia artists about freedom -- what veterans have fought for -- will be premiered.

It's a statewide project that got its start at Capricorn with three well-known artists from Georgia: American composer, jazz pianist and vocalist originally from Hiram, Carol Albert; international blues sensation and Grammy nominated artist based in Macon, Michael "Big Mike" Ventimiglia; and finally multi-instrumentalist and songwriter based in Savannah, Zach Deputy.

Each artist brings something different to the table.

"I bring just my knowledge of music... I've had a really wide range of experience," Albert said. "I'm looking forward to it."

Big Mike says it's a "humbling experience' to collaborate on a song like this.

Zach Deputy says his gift is to "spread love through music." His dad fought in Vietnam, was shot, and came home.

"When I think of vets, I think of my dad. Everything I do is built on the foundation that they set for us," said Deputy. "My liberties, my freedom... they were fought for."

All three agree the song is something that should unite people and honor veterans. Rodgers says they plan to send it to big-name music artists to see about getting it recorded once they finish writing it.

"We're going to put together a 'We Are the World,' 'God Bless America' type collaboration," Rodgers said. "Music is the tie that binds."

They've got surprises coming soon, but for now, you can find out more information on their website. You can also buy tickets to win door prizes at the event.

RELATED: 'This is proof we can get along': 17 religious groups unite to celebrate Thanksgiving