Georgia ranked as one of worst states to live, how does Macon-Bibb stack up?

A Delaware based company, 24/7 Wall Street, ranked Georgia number 40 out of 50 based on life-expectancy, poverty rates and unemployment. 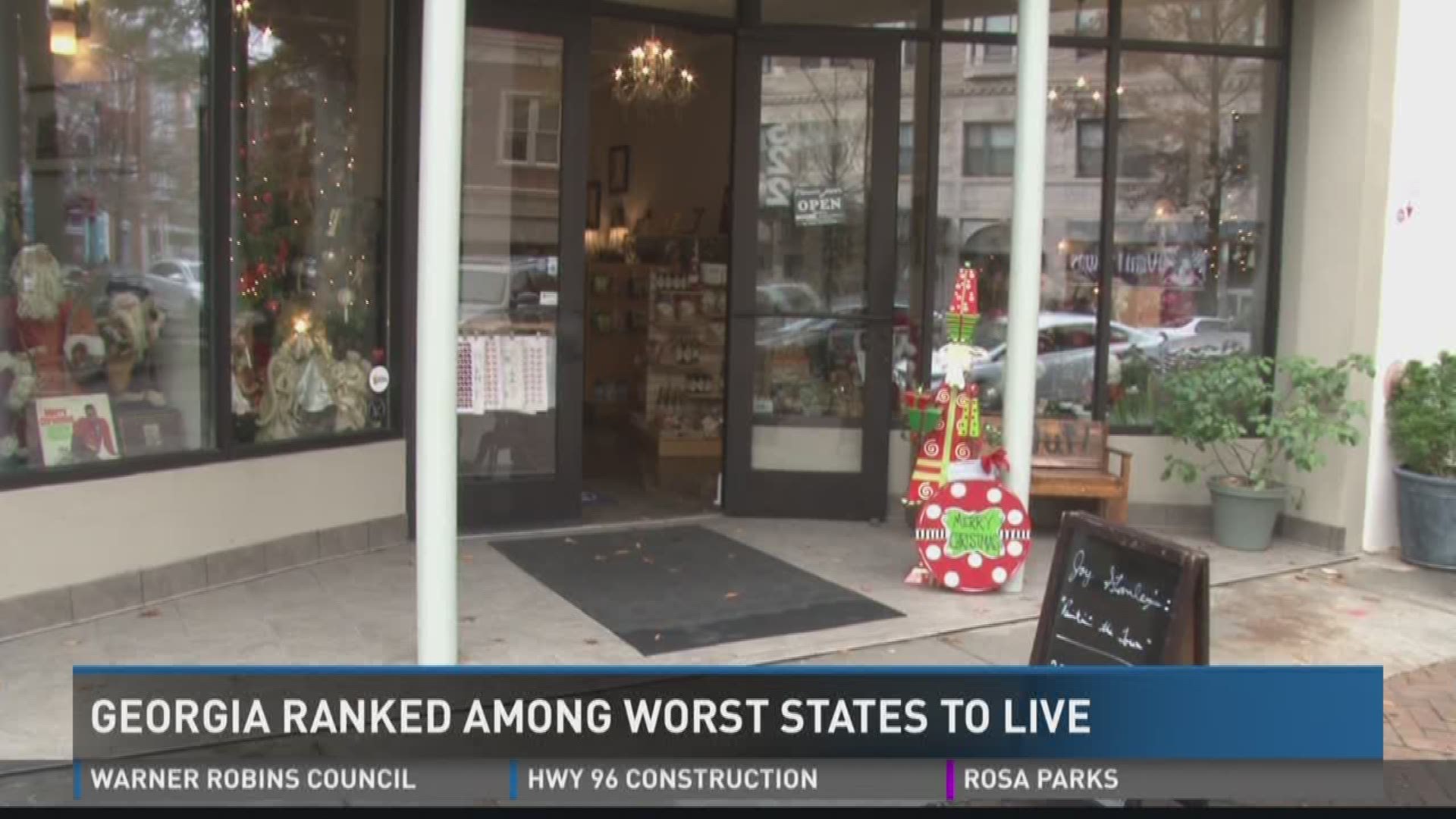 A Delaware based company, 24/7 Wall Street, ranked Georgia number 40 out of 50 based on life-expectancy, poverty rates and unemployment.

WMAZ compared the Georgia's statistics to the those of Bibb County and found that Bibb fared worse in every category.

Our Mary Grace Shaw spoke to several people who say they do not think the city or the state will be behind for long.

“We're starting to turn the page on the history of Macon and starting to create some new stuff,” said Macon resident Charles Davis.

He says he has watched Macon grow during the past few years.

“It’s not like that anymore. There’s a lot of really cool young vibrant people with the college and everything in this town that’s changing the way people at Macon and at Georgia in general,” said Davis.

He says there are new apartments, restaurants and businesses.

“There’s too much going on for the numbers to stay as they are,” said Davis.

As of now, compared to the rest of the state, the Macon area lags behind.

About seven-tenths (0.7) of a percentage point, according to the Department of Labor.

The poverty rate was nearly 12-percentage points higher than the rest of state in 2014, the most recent year according to the Department of Health reported data.

“When you look only at the numbers you don’t see the full picture,” said the president of the Macon Chamber of Commerce, Mike Dyer.

He says people like him work every day to help the statistics improve.

He says the growth helps lower the unemployment and poverty numbers.

“Downtown with the loft creation, there's more demand for lofts than we have available,” said Dyer.

Scott Mitchell moved into a loft downtown to live right above his job.

“People come downtown just to be downtown. They like the feel of downtown, the vibe,” said Mitchell.

Along with Davis and Dyer, Mitchell sees Macon changing.

“I think a year to five years down the road, this will be a moot point,” said Mitchell.