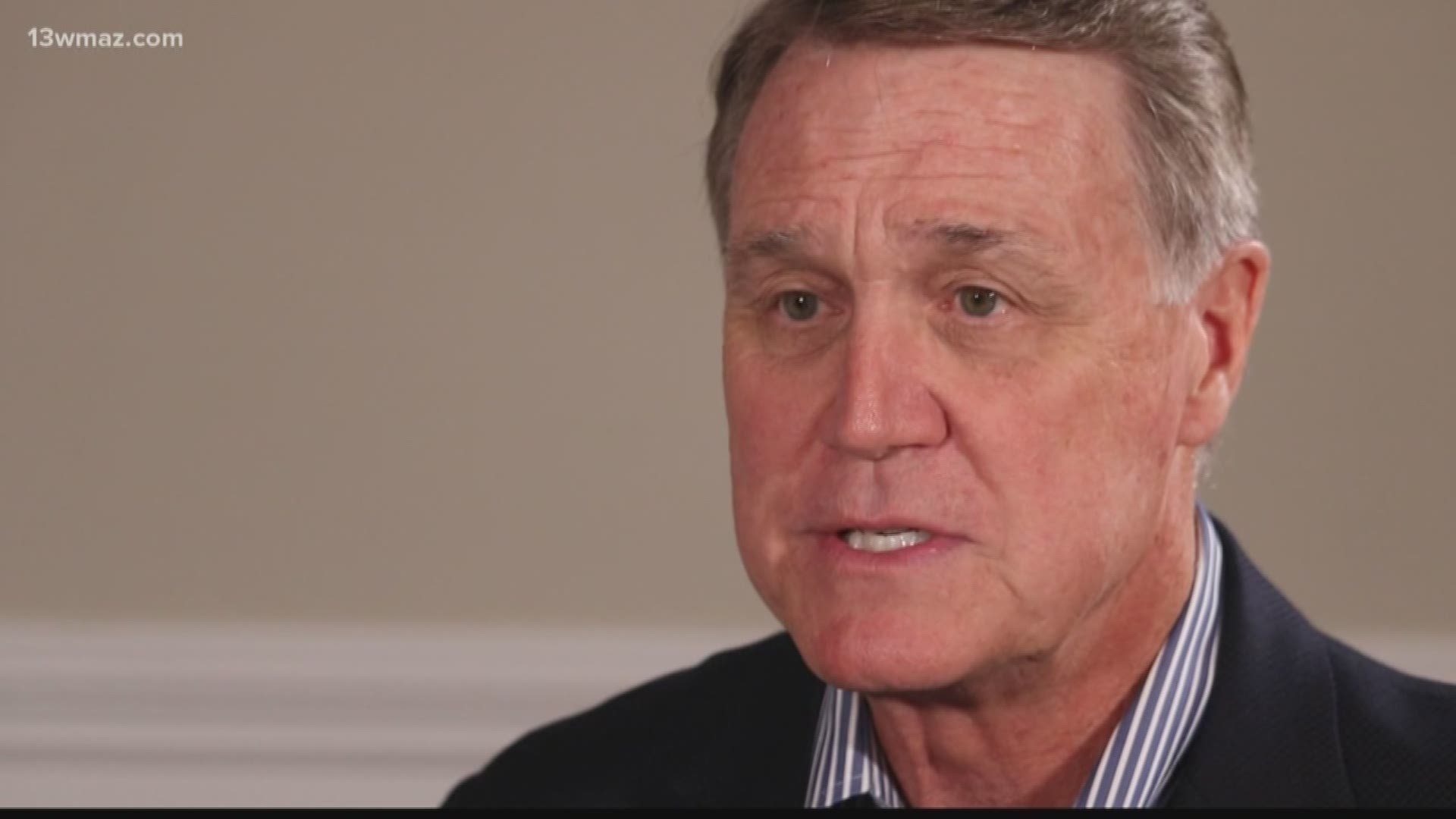 MACON, Ga. — Thousands of veterans call Central Georgia home. Many of them use the Veterans Affairs healthcare system.

Specifically, we asked him if he thought the VA system should be reduced in size and redesigned to solely treat patients with combat-related wounds and injuries.

Question: Should the rest of veterans be given private health insurance instead and allowed to see private providers of their choice?

"If you look at CHOICE, that's a step in that direction, actually," he responded.

The CHOICE program is a federal bill that, according to Perdue's website, allows veterans to seek private medical care if they can't get it at a VA facility.

However, the senator admitted if he had his way, the VA would shrink to focus on combat-related wounds and injuries. The rest of veterans, he says, would be given private health insurance.

"Personally, as a business guy, I would much prefer to see us do that," he said. "That's really the original way the VA was created, was to deal with combat-related injuries that most people in the medical community were not used to seeing."

Perdue's not ready to make that move just yet, though. He says efforts to improve the current VA system are showing promise.

"I think you'll see that...as we continue to improve it you'll see more and more of that flexibility getting added," he said. "But if it doesn't get better the only other option you have is to focus on what they really need to do and then...give everybody else a card into the...private system."

Some who use that system are at Robins Air Force Base, where Perdue says 1,200 new employees were just hired as part of the '1,200 in 12' hiring initiative.

He also highlighted a new high tech surveillance mission called the Advanced Battle Management System (ABMS). It will be headquartered at Robins.

The program is scheduled to replace the aging JSTARS program sometime in the next decade or so.

"We're developing a new technology," said Perdue. "The number of jobs at Robins will stay the same in that general area. There's an opportunity to be trained and this is not going to happen overnight."

We asked if the transition would cause anyone currently employed at the base to lose their job.

"Well let me answer the question another way," responded Perdue. "There'll be thousands of jobs created by this as well and some of the people that will lose jobs will be by natural attrition and retirement and so forth."

He said the JSTARS program needs to be phased out because the technology can't perform in contested air space, like over the South China Sea, parts of Eastern Europe, and the Middle East.

ABMS, Perdue says, can operate in those areas.

"On the other hand, you'll ask me, 'what about the $22 trillion dollars of debt," he asked rhetorically. "How did we get there? By keeping the dying capabilities past their useful life."

After mass shootings in Dayton and El Paso and Gilroy, President Donald Trump voiced support for red flag law legislation that would give authorities power to take guns away from someone identified as a potential public safety risk with what he called "rapid due process."

RELATED: President Trump pushing for nationwide 'red flag' laws, but what are they?

We asked Senator David Perdue about both measures. He said he wasn't yet ready to commit to either plan.

"I very definitely think that we need to look at what we can do to preempt some of this there's no question we can do that," he said. "There's a fine line though when you move toward someone who has not committed a crime and has done nothing wrong and all of a sudden they find themselves in a court. and sometimes this due process--and what I said the other day I want to make sure that we have due process in this effort."

When asked whether he'd support the background check bill the House of Representatives has already passed, Perdue said no.

"I think it goes too far," he said. "There's a balance here. I'm not ready to give up the 2nd amendment, nor am I ready to give up the 1st amendment. Look it'd be very easy to do this and do away with the 2nd amendment as other countries have done and it didn't solve the problem. We have cities in the United States who have the most draconian gun laws that you can imagine--much stronger than we're talking about here--and still have a high incidence of gun violence."

Perdue did note, though, that he has supported background check legislation in the past. He said he's also supported a bill to ban bump stocks.