The group says that Paul Howard should have waited for the GBI to complete their investigation before making any moves. 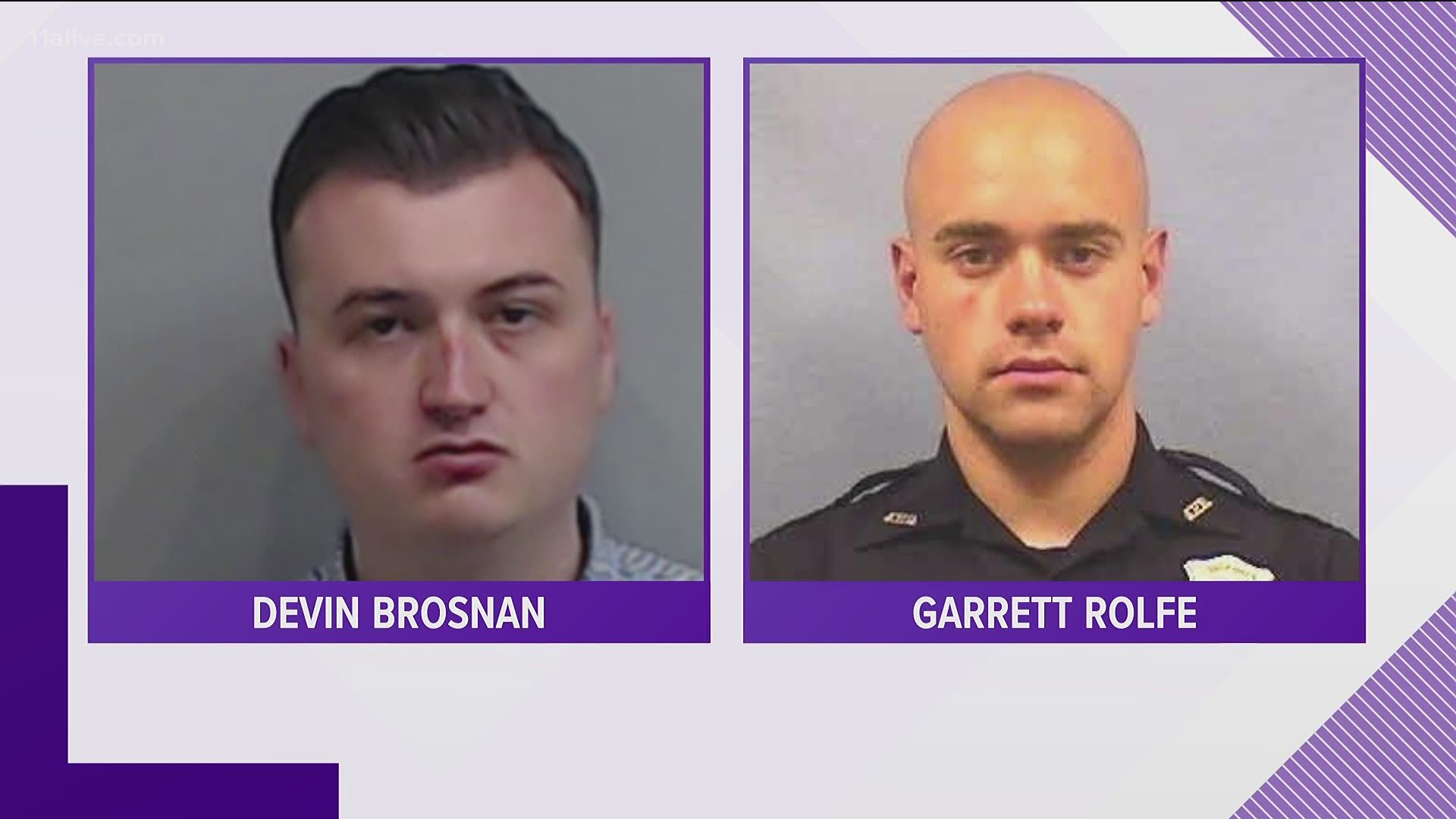 Former officer Garrett Rolfe and Officer Devin Brosnan were indicted by Howard on Wednesday for their role in Brooks' death, which occurred during a traffic stop last Friday night outside a Wendy's restaurant in southeast Atlanta.

During the incident, the two officers attempted to arrest Brooks, and the three men got into a scuffle. During the scuffle, Brooks was able to take the Taser from one of the officers, get up and begin to run off.

The two officers began to give chase through the parking lot, and during the chase, Rolfe shot and killed Brooks.

Following the shooting death of Brooks, the Atlanta Police Department requested an independent investigation from the Georgia Bureau of Investigation, which is customary following officer-involved shootings.

RELATED: Man dies after being shot by Atlanta Police at Wendy's drive-thru

Less than 24 hours later, Atlanta Mayor Keisha Lance Bottoms requested that Rolfe be terminated from his position and that Brosnan be placed on administrative leave. In addition, Police Chief Erika Shields tendered her resignation from her position.

In a preliminary report, the GBI said that they were able to determine through surveillance video evidence that Brooks had turned and pointed the Taser at Rolfe, prompting him to fire his service weapon at Brooks, killing him. In a Sunday news conference, GBI Director Vic Reynolds said that their investigation was not complete and that once it was, it would be turned over to the Fulton County District Attorney's Office for review.

According to a release from the Sheriffs' Association, Howard "hastily conducted his own personal investigation before announcing he had secured warrants or the two officers."

RELATED: Former APD officer charged with murder of Rayshard Brooks turns himself in, second officer out on bond

The release goes on to point out that Howard is in the midst of a re-election campaign and calls his efforts -- including a nationally-televised mid-week news conference to announce charges against the two officers -- nothing short of a "grandstanding vote-seeking tactic."

The release is signed by Lumpkin County Sheriff Stacy Jarrard as president of the Georgia Sheriffs' Association.

The group is comprised of the sheriffs of each of the state's 159 counties.

What is the 'Blue Flu' and did Atlanta Police walk out?

Former APD officer charged with murder of Rayshard Brooks turns himself in, second officer out on bond