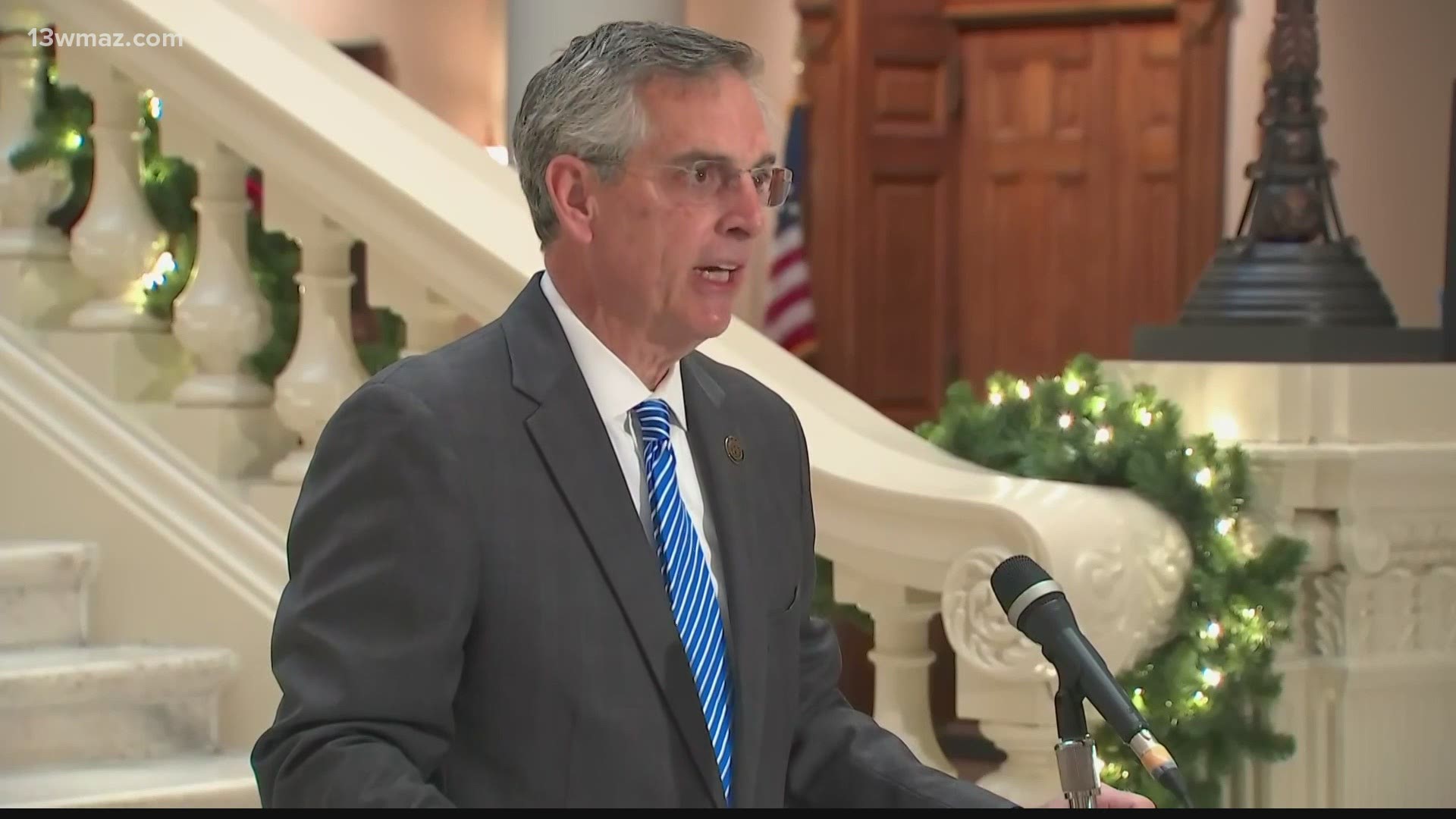 "Close elections sow distrust. People feel their side was cheated," said Raffensperger in a press conference.

First, he says his office should have the power to intervene in counties with "systemic ongoing problems" in running their elections.

Republican State Representative Dale Washburn says while he hasn't seen all of the details that go along with Raffensperger's proposal, he says he agrees with this part.

"We do have some counties where it does seem to be a pretty normal routine that there's a lot of delays, a lot of problems."

Raffensperger also wants more power to challenge voters suspected of not living where they vote and changes in absentee ballots, like requiring voters to mail a copy of their voter ID.

Washburn says he has a problem with that. He says he doesn't support "no excuse" absentee ballots.

He says absentee ballots should be reserved for people who absolutely can't make it to the polls, like those serving in the military or college students.

"I have very strong feelings about this. I personally, as a state representative, do not believe that we should have mail in voting as an alternative way to vote," he says. "There is no question that there is too much opportunity for fraud with mail in ballots."

"If they start cherry-picking stuff about what they want, it's going to become very obvious to the general public that these are voter suppression tactics 2.0. 2020 style."

He says some of what is being suggested will make it harder for people to vote.

"It's gonna be voter suppression in the way that it seems innocuous when you start, but in the end, it's going to absolutely damp down the amount of people who vote and how they vote," says Beverly. "It's going to make barriers of entry too extreme and folks will give up, or they may not have the resources to do some of the things I think he is going to do."

Beverly says some reforms he would like to see would include Sunday voting, one absentee ballot request per election cycle and same day registration.

But overall, he says he is pleased with the way the election went.

Republican State Representative Shaw Blackmon says he does think Georgia needs to take a look at this election and make some changes. He says he's not sure he agrees with what Raffensperger is saying, but he's glad the conversation is beginning.

"There are a lot of questions and a lot of concerns," he says. "I'm glad to hear that he wants to engage. We welcome his input, but first and foremost, we answer to the people of Georgia."

Both Washburn and Blackmon say something needs to be done to restore people's faith in the election process.

"Gather all the information that we possibly can, get some answers and then move forward with some legislation that fixes the problem and restores confidence in our voting system," says Blackmon.

"I am deeply disturbed that our people are so mistrustful now of the election system that we have and I think we have to make corrections so that our people can feel secure."