Lumber has gone up significantly, but right now, there is an abundance of wood in the state. 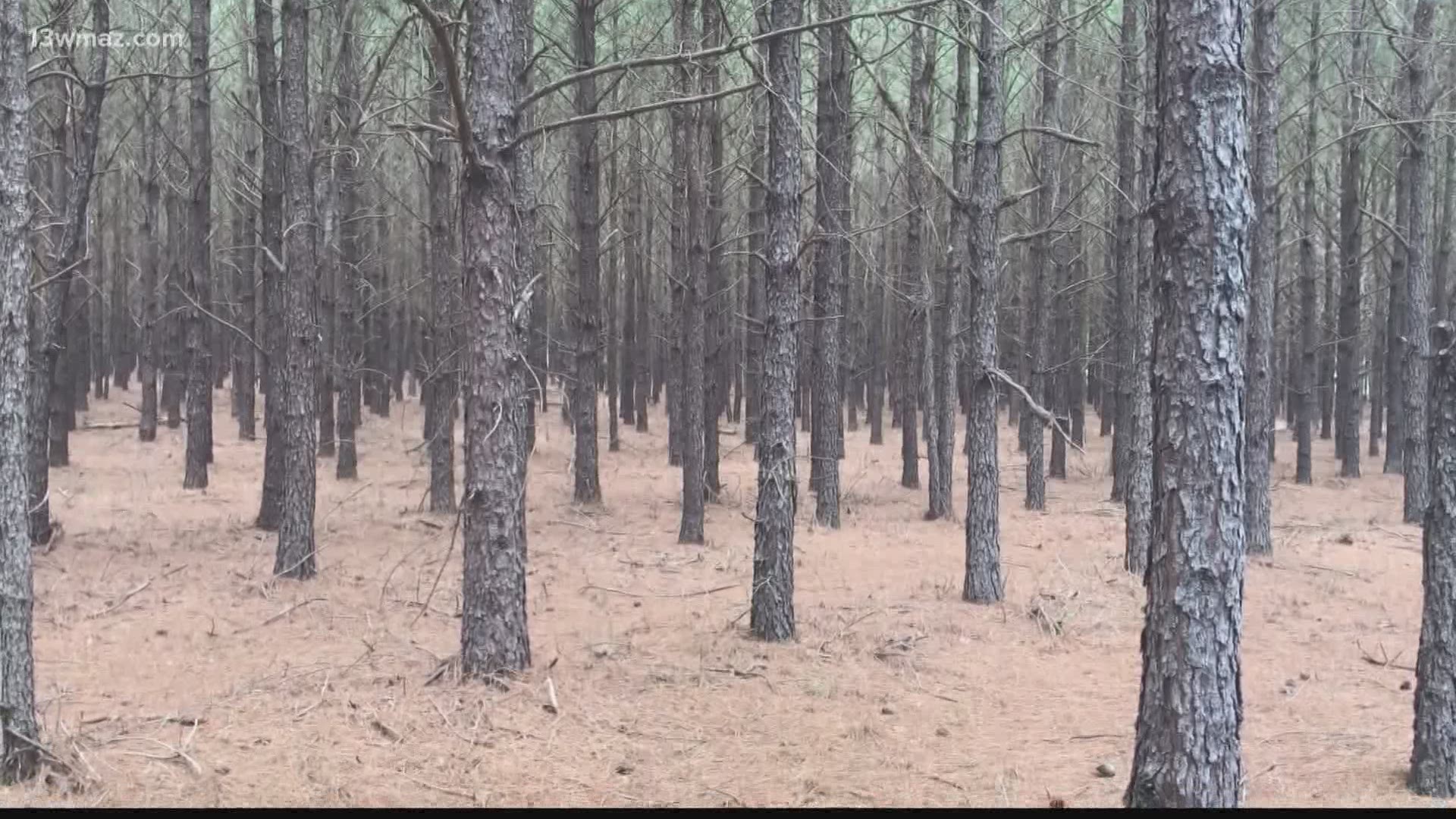 HOUSTON COUNTY, Ga. — They say money doesn't grow on trees,  but in Georgia, it kind of does.

The state says timber is Georgia's second most-profitable commodity, after agriculture, and you may have gotten sticker shock if you wanted lumber lately.

Local farms say those the steep profits aren't branching out to them.

What we've got here is a simple supply and demand. Back in 1989, the federal government was helping farmers, so they helped them plant 600,000 acres of trees. Now, those trees are at their maturity level and that is creating a perfect storm for timber land owners.

Danny Hamsley farms land that has stood in his family for decades.

Hamsley is an unusual timber farmer. He grows them--  planes, the boards, and actually sells that lumber, and even furniture he's made directly to customers.

That gives him a little insulation on prices.

Tim Lowrimore is the state's forester with Georgia Forestry.  He agrees with Hamsley and has had several conversations with timber land owners across the state.

"Mills began to ramp down their operations because they didn't know what the market was going to do," he said.

Lowrimore says no one expected quarantined folks to dive into home improvement projects, which require lumber, but on the other hand, Central Georgia is has a perfect climate for growing the construction staple.

"Georgia has done one thing exceptionally well -- Georgia knows how to grow trees, and now we just have an abundance of trees," Lowrimore explained, which means it's not a rare commodity, so prices stay low.

Lowrimore says time is on land owners side after all this is a crop that can just sit in the field until the time is right.

"If there isn't a pressing reason to harvest the trees, be patient," he stated.