She was murdered with her son in the car. Now her family wants to protect other domestic violence victims.

Crystal Stone's family wants to raise awareness about domestic violence after their mother was killed. They thought she had escaped the abuse 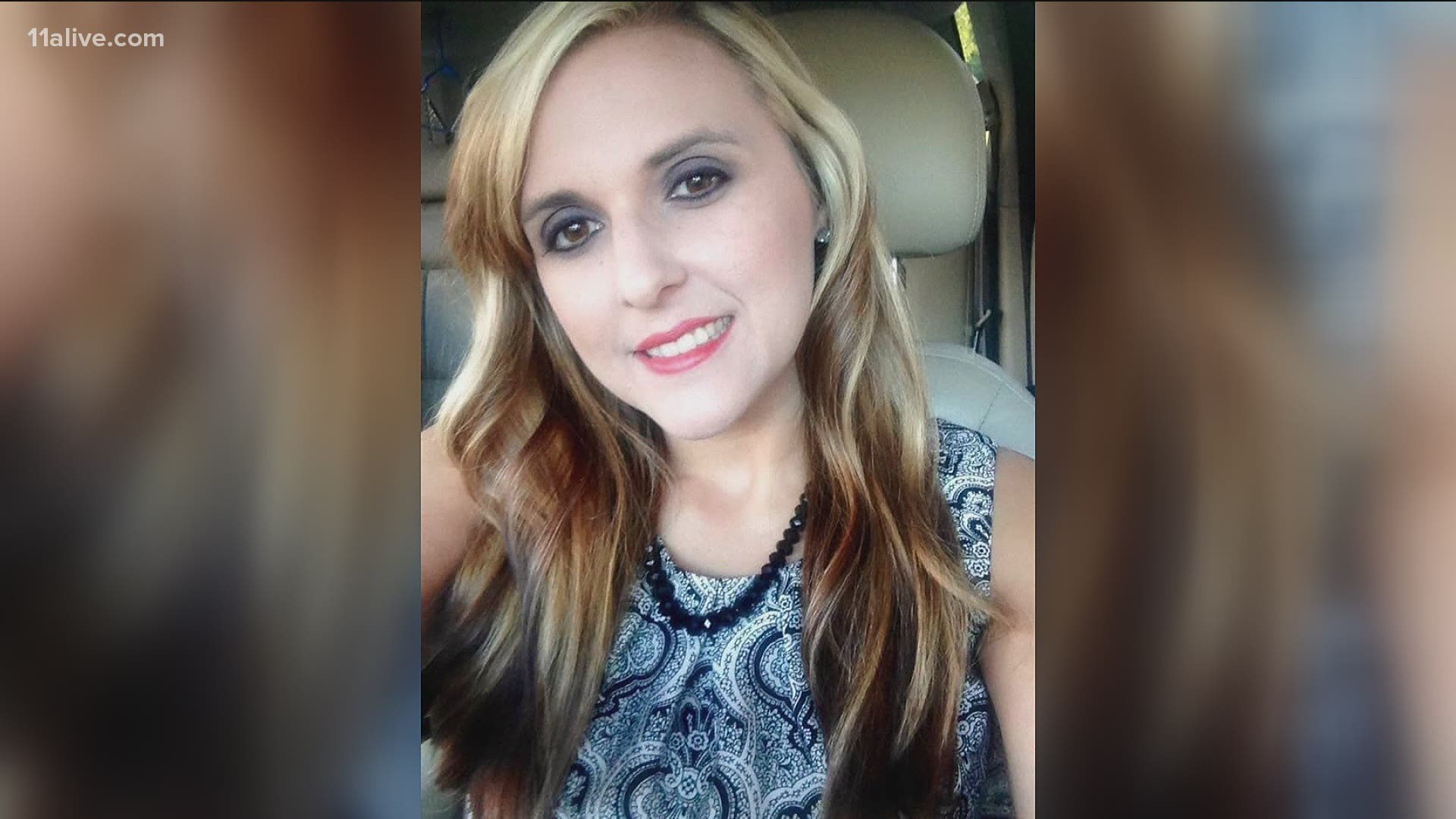 ATLANTA — Crystal Stone was murdered in Bremen, Ga. with her 15-year-old autistic son in the backseat of her car.

Now her family is fighting to raise awareness about domestic violence, to hopefully save someone else's life.

Crystal Stone did everything she could to get away from her alleged abuser - but it wasn't enough. Her final resting place is not yet marked, Her family wants to wait to find a headstone with Spider-Man, her son's favorite.

"He was her world and she was his," said Jason Tutterow, Crystal's partner.

15-year-old Bradley was in the car with his mom when her estranged husband allegedly lured her to the hospital where she worked on Aug. 12.

RELATED: 'I heard a "bang." I saw the flash go off. I heard her fall. I immediately knew.'

According to police reports, Christopher Stone shot her a dozen times just outside the car as Bradley sat in the backseat.

The medical examiner's report said she died in seconds, but the weeks and months following her death have been agonizing for her family - especially Bradley.

"For me, it's hard for me to understand how I couldn't even protect her. For him it must be so hard to grasp what's going on," said Jason.

He says her family is doing everything they can to support Bradley, while they fight for justice for Crystal.

If you wish to contribute, Crystal Stone's family is raising money for her memorial here

Both of her daughters were pregnant at the time of her death, and Jason says Crystal loved her girls with her whole heart. She loved being a grandmother and spending time with them.

She also volunteered in her son's classroom, and would make sure all of the students had everything they needed.

Bradley is living with his sisters now, as they all try to make sense of what happened.

"If you ever met him or spoke to him, he's just a precious individual, with a pure heart. And for this to have happened to his mother while he was there, there's just no words," said Bremen Police Lt. Casey Vann.

He is the lead detective in Crystal's death, and while her estranged husband turned himself in just hours after the crime, he says they're doing a thorough investigation.

"It was very eerie. You could almost sense the evil and the anger, the way the scene was laid out," Lt. Vann said.

There were warning signs.

A 2019 domestic violence report in Carroll County details how Crystal called police for help, saying Christopher choked her and threw her down the stairs.

Lt. Vann said Crystal took all the right steps after the alleged attack.

"She had contacted an attorney, she had filed for divorce, she was in a legal separation," he said.

But he cautioned that domestic violence is about so much more than bruises.

"Most people think it's physical abuse when they think domestic violence. Crystal suffered emotional and verbal abuse on a daily basis from what I have gathered. She was beat down daily just verbally and emotionally. And those are some indicators I would encourage people to watch for in a relationship," he said.

Jason said Crystal's family supported her through the abuse, and thought she had finally escaped.

"What did I miss? What could I have done differently? Those questions constantly you struggle with," he said.

Her family doesn't want her remembered as a victim - she was so much more than that.

Crystal loved her children and grandchildren fiercely. She loved planting flowers and looking at antiques.

"She just had this really kind and gentle soul about her. The way she spoke, always offering to help. It was just unique, in today's society, you don't see that a lot," he said.

Jason said Crystal dedicated her life to helping other people. He hopes her memory can help raise awareness for someone else who might be suffering.

"Heaven truly gained an angel, and earth lost one," he said.

Christopher Stone will be arraigned on murder charges later this month. He's currently in the Henry County Jail without bond.