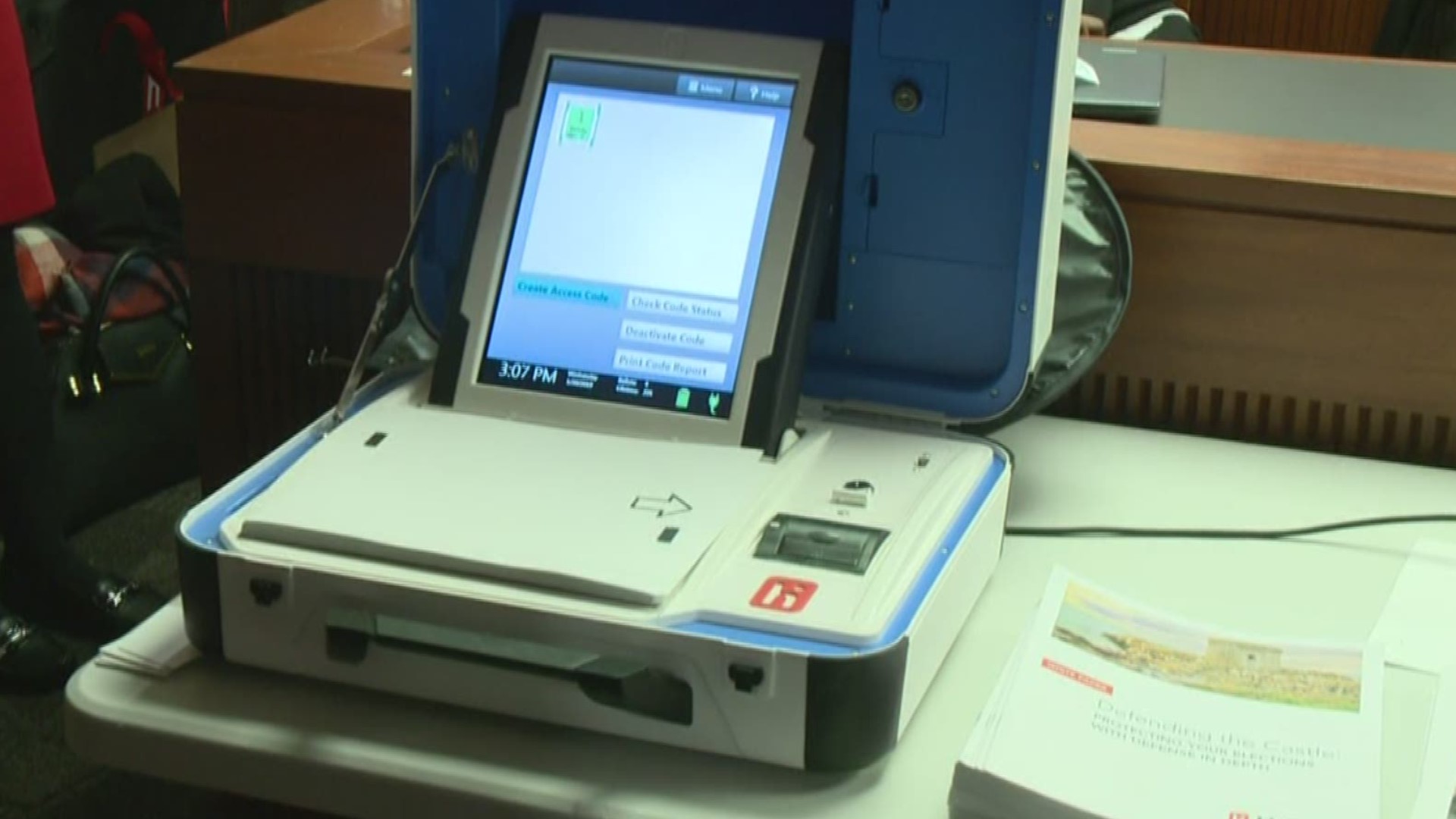 ATLANTA — Although presidential hopefuls are campaigning in early primary and caucus states, Georgia still has no primary set, and it’s unclear when it will happen.

That’s because the state won’t set a presidential primary until after it gets new voting machines.

Georgia is the only state in America that has set no 2018 presidential primary date, according to the Frontloading election site. It’s not necessarily an issue yet – but as the weeks pass, it could become one.

The state spent much of last year holding hearings and gathering information on what should replace the computer interfaces first used in the 2002 election.  This year the state requested bids from voting machine vendors—a mostly secret process that state officials say they can’t discuss until after a vendor is chosen.

Until a new election system is selected, state officials say Georgia can’t name a presidential primary date for next year. Democrats will dominate that primary and Georgia Democrats like state Sen. Steve Henson (D-Tucker) are not happy.

"I mean, we have about 20 Democratic candidates for president out there," said Henson, the state Senate minority leader. "And Georgians want to have their vote early in the process if they can, so that they can help decide who the nominee is going to be."

The absence of a Georgia primary date this far in advance can also be an issue because local election officials have to book private facilities, like churches, to use as voting precincts. But “most places have already begun to set their calendars” for next year, Douglas County elections director Milton Kidd told 11Alive News.

Local officials also have to book in advance poll workers for elections.

Next year’s presidential primary looks like this: February caucuses and primaries in Iowa, New Hampshire, Nevada and South Carolina. March 3 is Super Tuesday – with votes likely in 11 states.

Georgia has traditionally been part of Super Tuesday.  The final state primaries next year will be June 2. Georgia could still fall anywhere within that calendar. The question is where.

"It’s just problematic that we’re about one of the last states in the country to set this date," Henson said.

Georgia officials will set a separate primary for other elections, like seats in Congress and the state legislature. That primary is historically held later in the spring, after the presidential primary. That primary date also hasn't been set.

Henson acknowledges the state is undergoing a huge and somewhat delicate task changing out its voting process. State officials are wary of rushing the process.

The secretary of state’s office is staying tight lipped – citing Georgia law requiring secrecy around procurement projects, and also because they don’t want to say anything that would harm the process currently underway to choose a voting machine vendor.