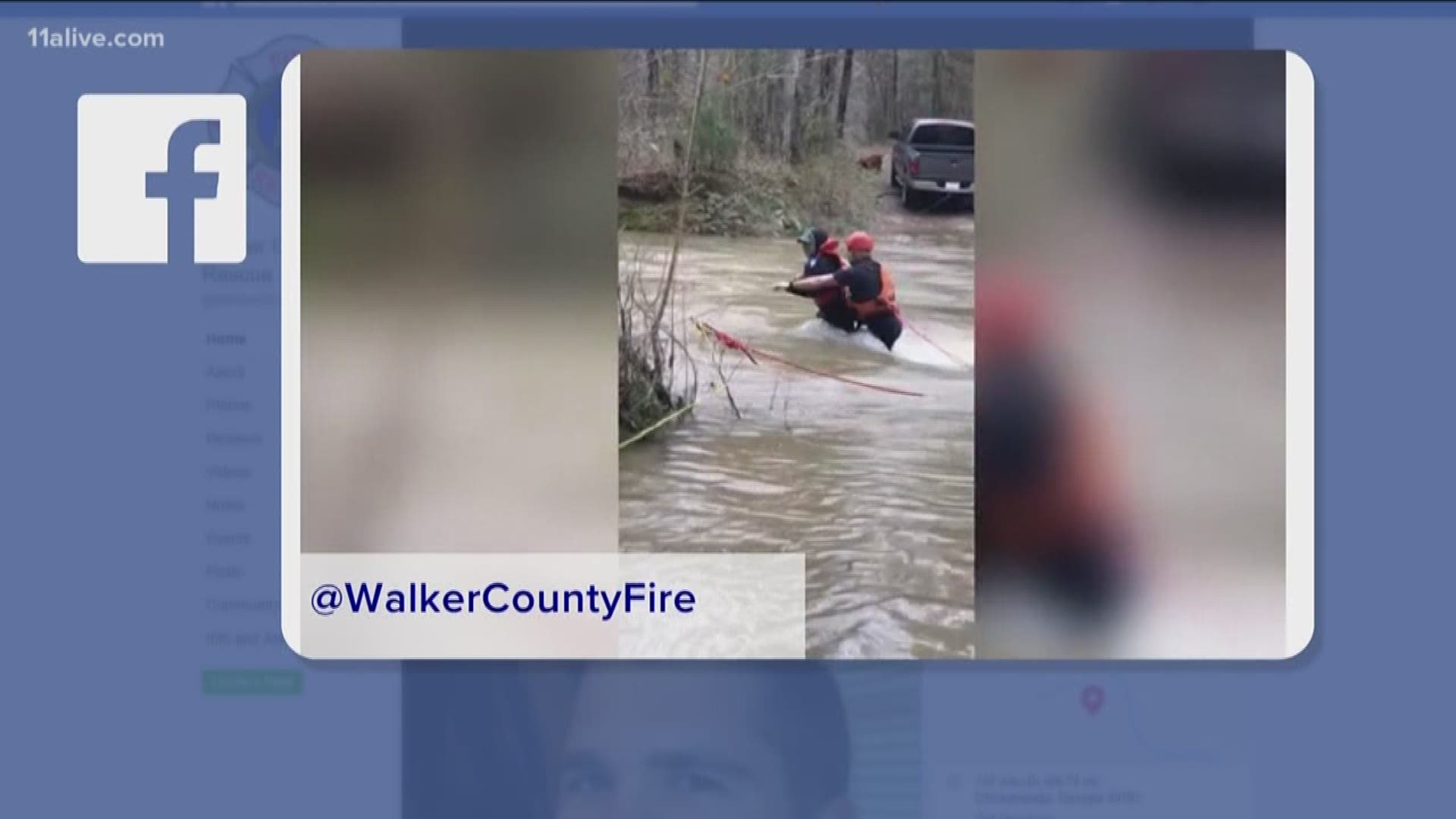 CHATTOOGA COUNTY, Ga. — Three young hikers from Cobb County were rescued this week after getting lost on a trail in Chattooga County.

The Trion, Ga. Fire Department posted about the incident to Facebook, saying the hikers were reported lost a little after midnight Thursday morning in an area of the Chattooga Narrows Trail the locals refer to as "D.W. Mountain."

It took fire crews about 45 minutes to find the hikers, according to a timeline the department provided. They were found, the department said, on the side of a steep ridge in a thicket about 300 yards from a command post that had been set up.

None of the hikers were injured.