It happened around 8 a.m. Thursday morning. 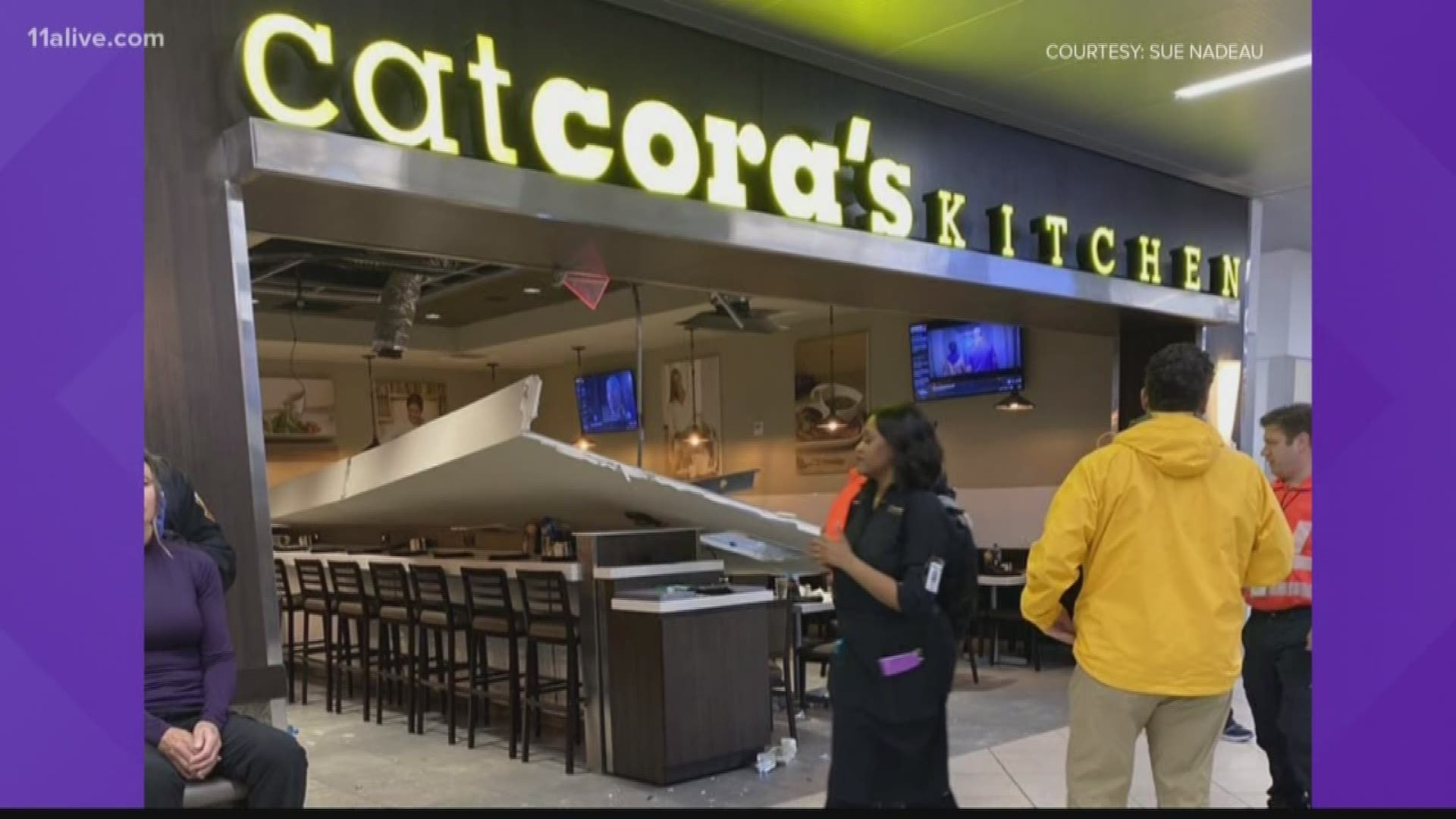 ATLANTA — A restaurant at the Hartsfield-Jackson Atlanta International Airport is closed after a part of the ceiling collapsed on Thursday.

It happened around 8 a.m. in Cat Cora's restaurant on Concourse A near Gate 25, according to a tweet by Atlanta Airport.

The airport said emergency crews from Atlanta Fire rescue were called to the scene and at least one person who requested assistance was taken to the hospital, though the extent of their injuries were unknown at this time. Another person was treated on the scene, according to airport officials.

As of now, the restaurant, operated by Paradies Lagardère’s Dining Division, is closed and repairs are in progress, officials said. Tom Nissalke, one of the airport's assistant general managers, said a piece of the floating ceiling collapsed.

The ceiling was put in place back in 2016. He said the airport does partner with many people who help design and construct the concession spaces at the airport, and they are still investigating this design. Nissalke also said they will be reviewing other spaces the concessioner designed to make sure those are in accordance.

"Ultimately, it is the City of Atlanta Bureau and Buildings" that handles the inspection, Nissalke went on to explain.

He said it was a large piece of ceiling that fell weighing nearly 700 to 800 pounds and at least 20 feet long. A tweet showed the aftermath of the collapse.

In a statement from Paradies Lagardère’s Dining Division, the company thanked the "swift response" by airport staff and their own teams in responding to the situation.

"The safety of our guests and employees is deeply important to us," the statement continues. "We are currently working with the airport and other partners to fully evaluate the situation, including any potential injuries and/or facility damage. We will share the results of our investigation as we receive them.”

The airport made it clear that normal airport operations were not impacted by the incident.