If you're looking for Georgia's best burger, it's just a short drive down I-75

A team of anonymous judges traveled across the state to try several burgers. 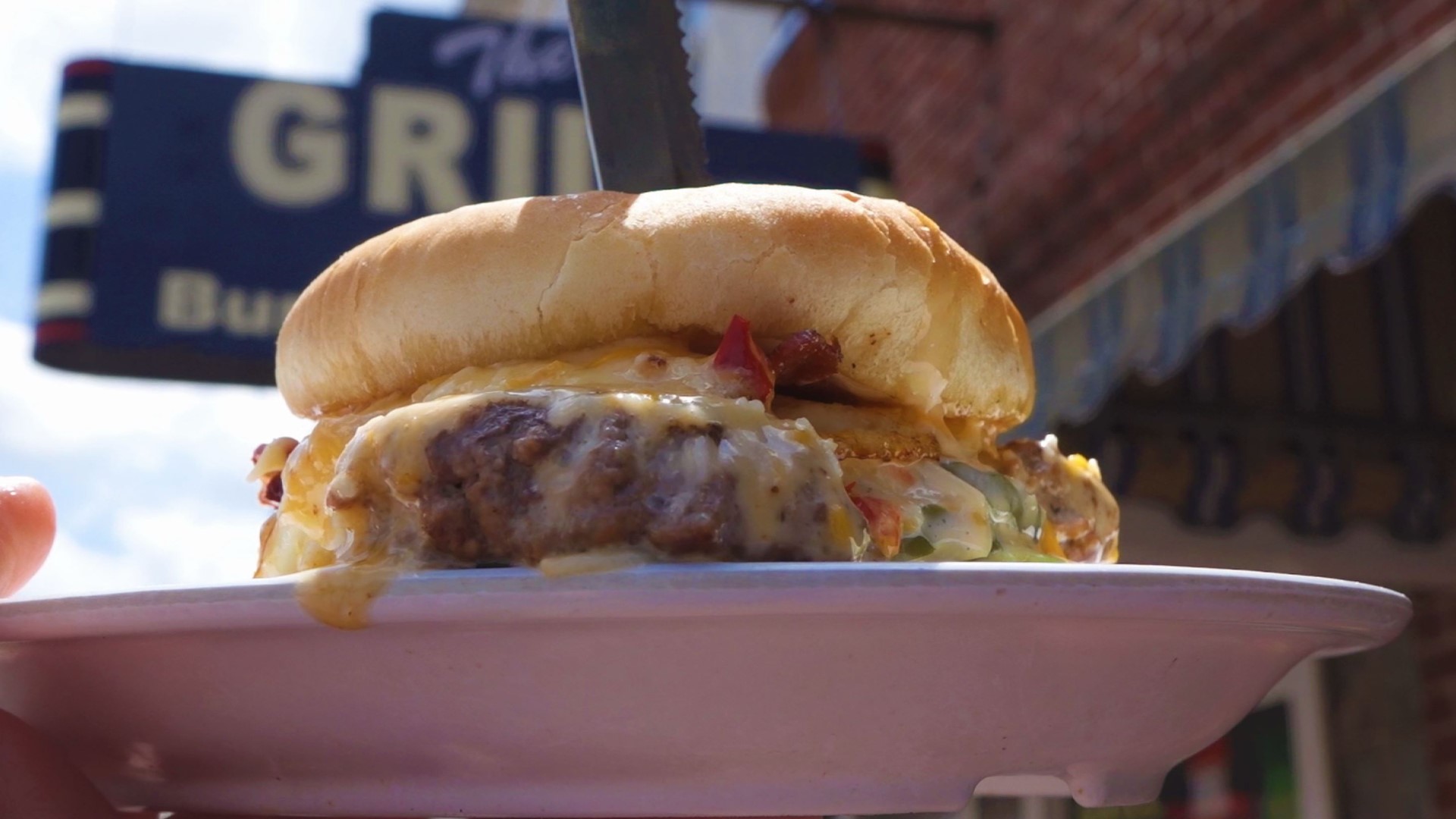 HAWKINSVILLE, Ga. — The best burger in Georgia can be found right here in Central Georgia and yes, it is worth a drive to Hawkinsville.

The Grill has been open since the 1940s, but Paula Nixon has only been the owner for about six years.

They serve everything from burgers, to hamburger steaks and wraps, and they cook with fresh meat every day. That's just one of the reasons why the best burger award goes to this little mom and pop.

"It is the best thing ever," Nixon said.

Here's how it happened: A team of anonymous judges traveled across the state to try several burgers. The Georgia Beef Board made the announcement in a Facebook post after the competition came to an end.

The burger is made "all the way." It has ketchup, mustard, mayonnaise, lettuce, tomato, onions, pickles, a fried egg, bacon, and pimento cheese.

Nixon says people have been showing up and asking for "the burger," and they know exactly what they want. A couple even came from two hours away!

"She said it was well worth the drive, and they would be back," Nixon said.

When asked how they were able to make this incredible burger, Nixon says it's not just their mom and pop magic.

"We have good meat and we have a good cook," she said. "What's a better combination?"

If you'd like to try this burger yourself, you can visit them at 125 Commerce Street. You can also find them on Facebook.